At long last...I have visited Fairhaven.  Though it lies less than hour from my home...it somehow evaded my radar screen until recently. 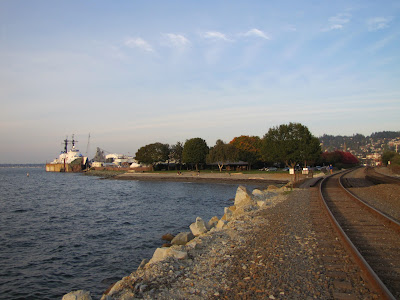 Fairhaven is a picturesque little village on the sea...a historical suburb of Bellingham, Washington.  It was founded in the 1883...and was to be the western terminus for the new northern railroad. But that distinction went to Seattle a few years later, and the brick and wood buildings that had already been constructed sat vacant or unfinished for decades. 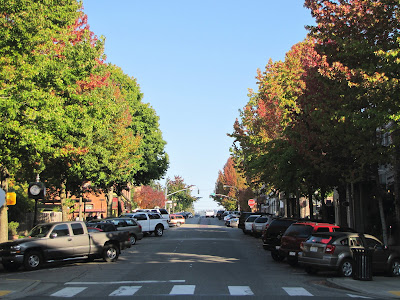 It wasn't until the sixties and seventies that the community went through a transformation... and became known as an area rich in history and the arts. 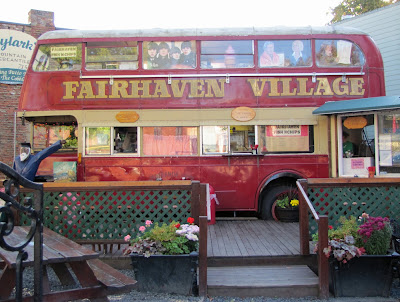 The streets are lined with dozens of shops and restaurants that draw both locals and visitors. 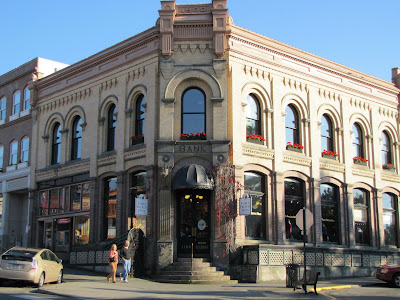 What once was a bank...is now a wonderful little shop called 'Three French Hens'. 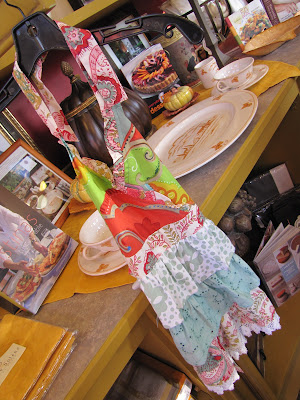 I think I missed the French hens...but found lots of other fun things inside.  I took a picture of a girl's apron...just in case I ever need a pattern! 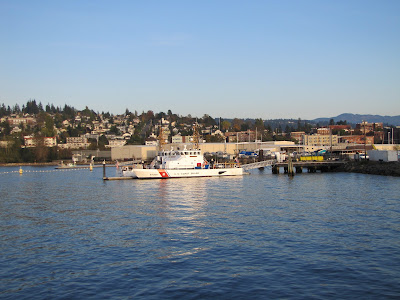 Though Fairhaven never became a terminus for the Great Northern Railroad...there is now a busy Amtrak station in Fairhaven.  And down at the docks is a cruise ship terminal and ferry terminal. 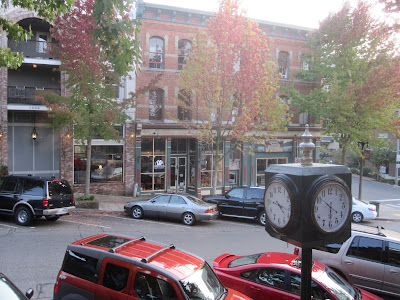 Before leaving town...we checked out the Mexican food at a little cantina with a view of a tree-lined streets below.  It was all good!
We had a fine time exploring on a lovely fall Sunday a few weeks back...and one day we will return...with bikes. And our passports, of course!