The majestically beautiful Yosemite National Park is one of the most popular parks in the USA.  Late fall was the perfect time to visit...as most of the other 4 million visitors of 2011 had already come and gone over the summer.
'...the grandest of all the special temples of Nature I was ever permitted to enter.'
~John Muir 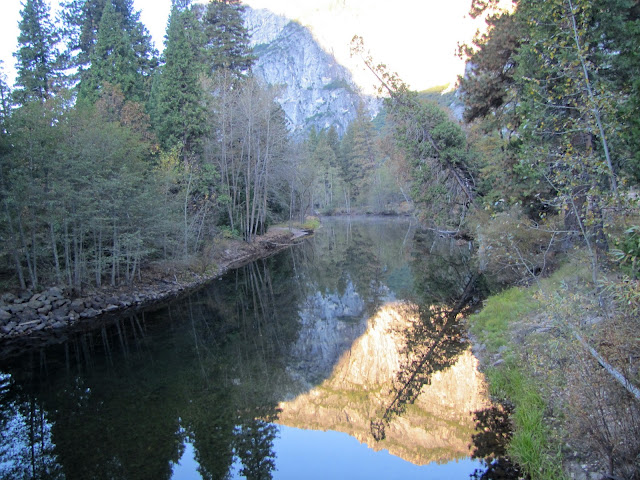 We arrived almost at the crack of dawn...to be a part of the 'grand tour'.  And grand it was!  It was especially nice to be in a small group...and have the tour guide almost to ourselves. 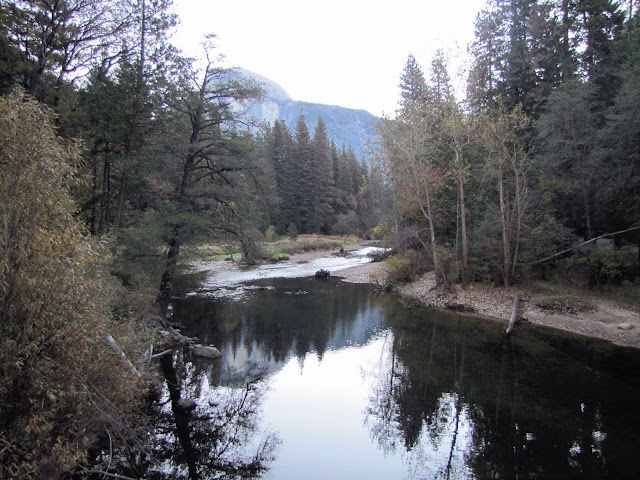 We crossed the Merced River...which flows wild and free from the Sierra Nevada Mountains for 112 miles into the San Joaquin River...and eventually into the Pacific Ocean. 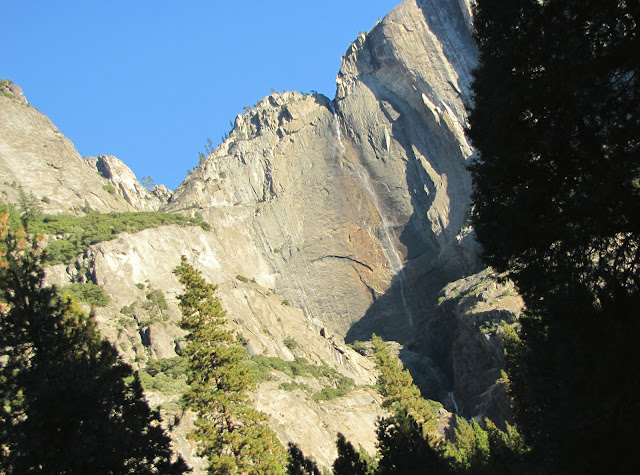 We noticed water flowing over the sheer granite cliffs as we entered the park.  We had heard that the waterfalls are all dry in autumn...but 2011 was an exception.  With a huge snow pack from last winter...and and early snowstorm in October...the falls were still flowing.  Yosemite Falls is one of the tallest in North America...with a drop of 2425 feet.

We met at the lodge and began our day of Yosemite immersion! 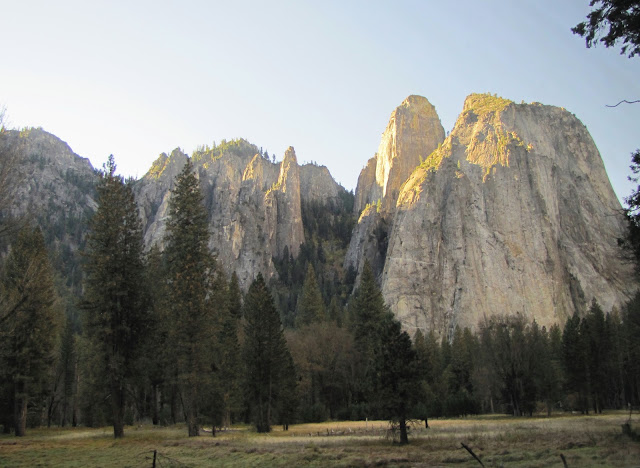 Cathedral Rocks...a prominent collection of pinnacles and spires are located near the entrance to the valley.  These rocks have been the location for some serious rock climbing this past century. 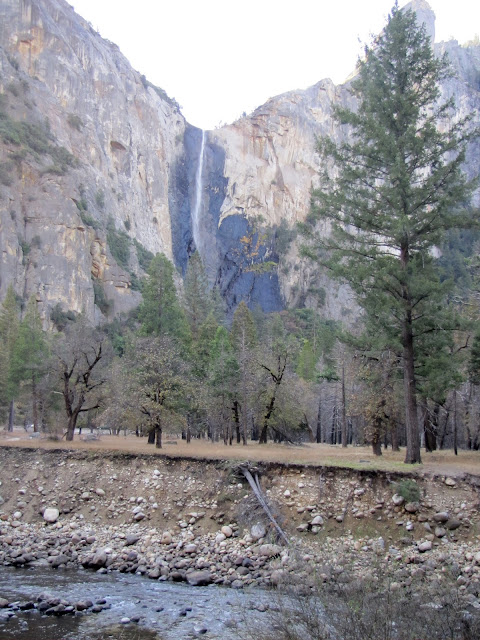 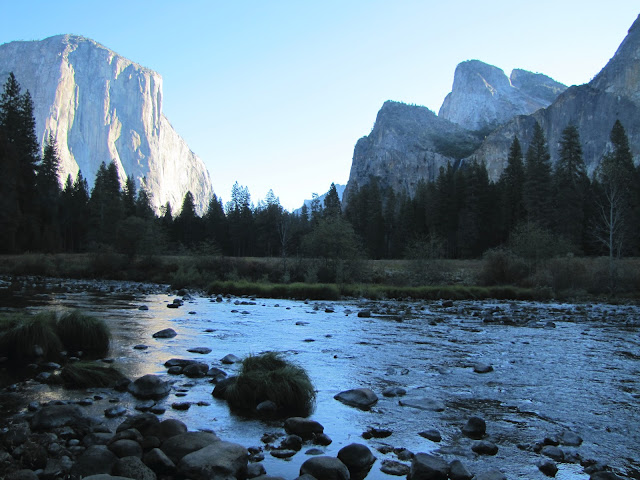 ...and the colours of the fading autumn sun reflecting from every surface. 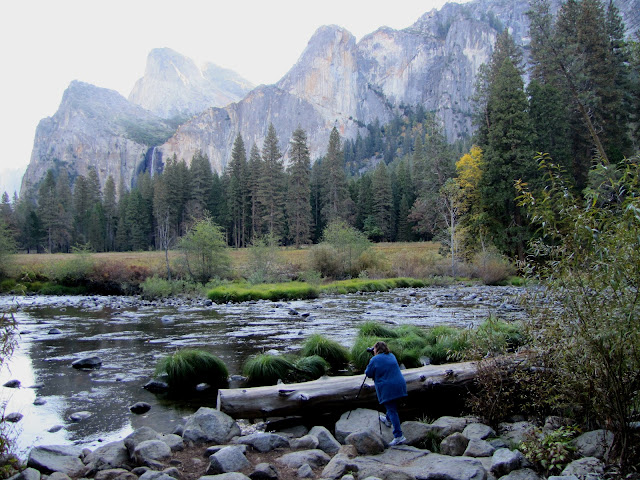 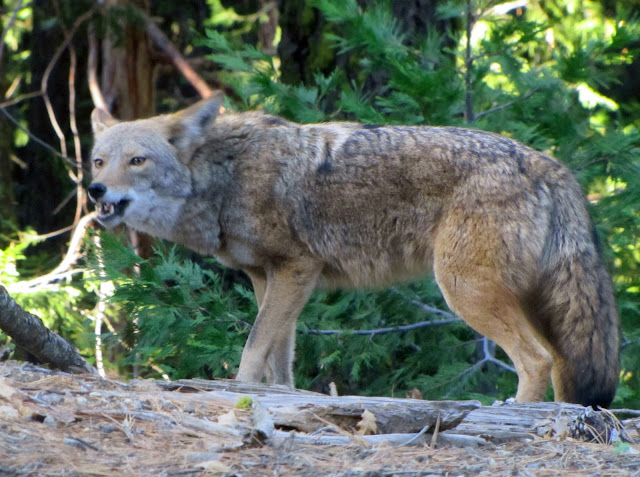 This fellow looked lean and hungry to me...but I kept my distance. 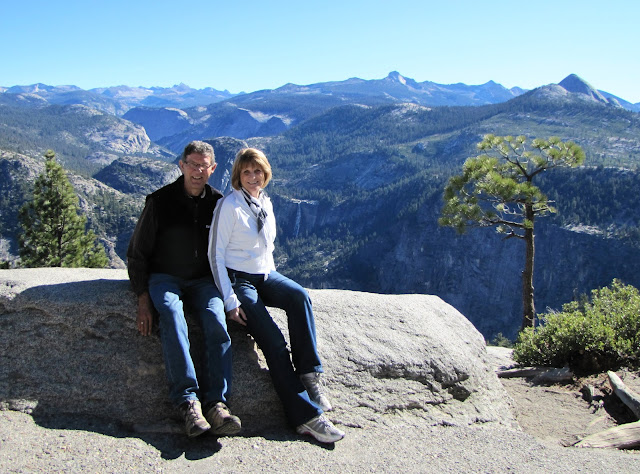 From Glacial Point...we had the most awesome views.  At an elevation of 7,214 feet...we were at the top of the world around us! 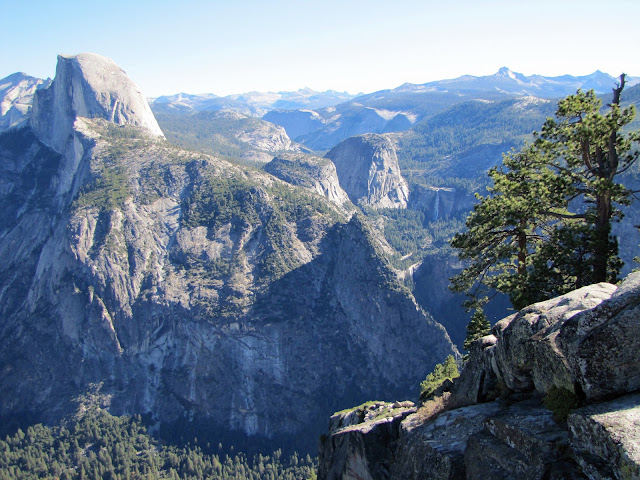 Those peaks all have names.  One of the most well-known would be Half Dome...on the top left of the above photo.  It calls out to rock climbers from around the world...and was first scaled in 1875.  Now there are thousands of climbers reaching the top every year with the help a pair of post-mounted braided steel cables originally constructed in 1919. 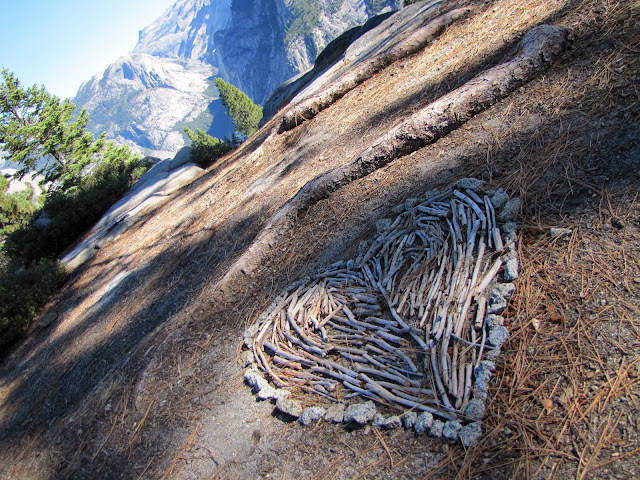 I think someone else loved the view from up here! 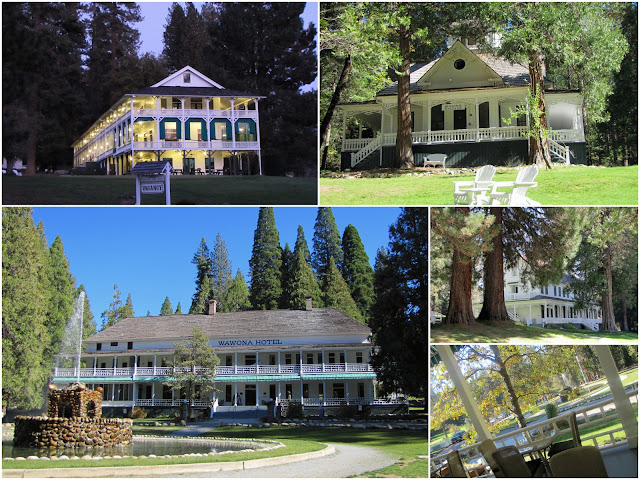 We had a fabulous lunch at the historic Wawona Hotel...which happens to be national historic site.  I think it would be a grand old place to stay.  It also looked most lovely at dusk...we noticed as we passed by at the end of the tour.

In the afternoon we wandered about among the giant sequoias in the Mariposa Grove.  The grove contains some 500 mature giant sequoia trees...known to be thousands of years old.

And did I mention...giant?  I took a few photos of this particular tree...and stitched them together in order to have the entire tree n one photo! 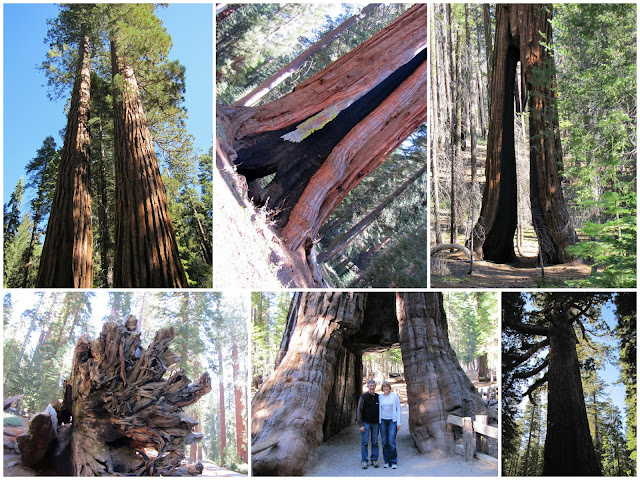 The trees pictured here all come with important names as well...from the fallen Monarch to the Grizzly Giant to the Clothespin Tree and the California Tunnel.  One must see them to believe them!

Climb the mountains and get their good tidings.
Nature's peace will flow into you as sunshine flows into trees.
The winds will blow their own freshness into you...
and the storms their energy, while cares will drop off like autumn leaves.
~John Muir 1901 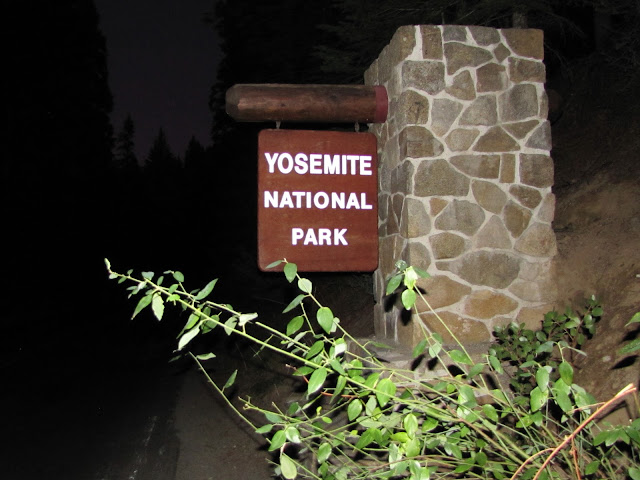 If you ever have the opportunity...experience Yosemite!  It happens to be Thanksgiving Day in the USA today.  I am thankful for all those who had the foresight to set aside some of the country's most beautiful and scenic places for all to enjoy...the U.S. National Parks.