nola ~ the city and katrina tour

The French Quarter...a most interesting place to explore on foot or by horse drawn carriage. 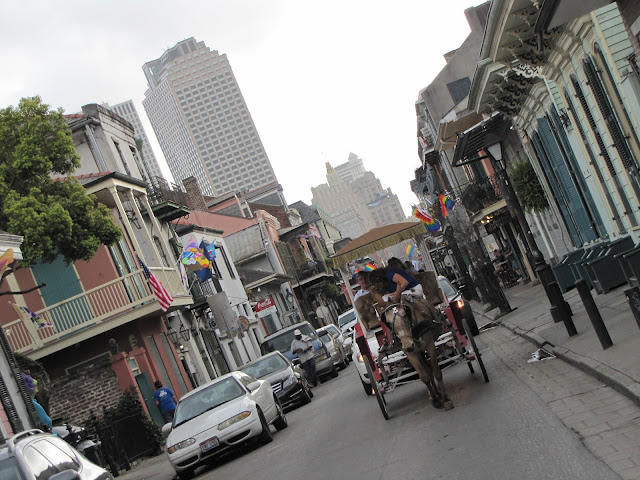 We decided to do the horse-and-buggy tour...and learn a little about the sites we were passing by! I'll give you a wee photo tour today. 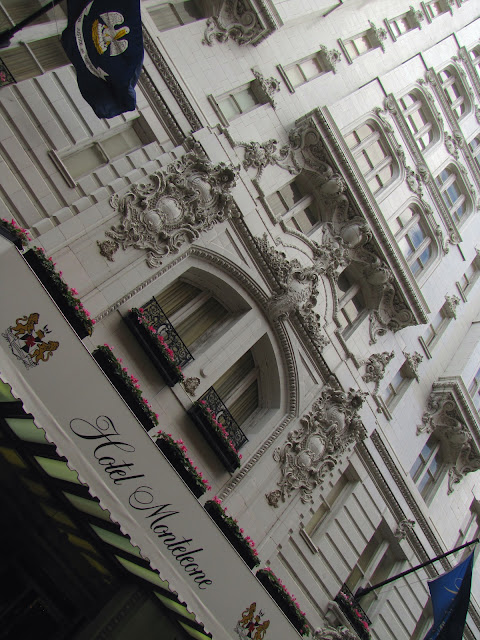 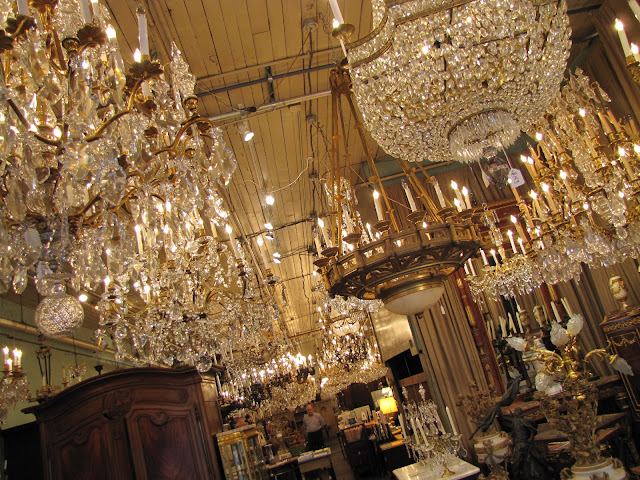 ...antique shoppes for those with fat wallets 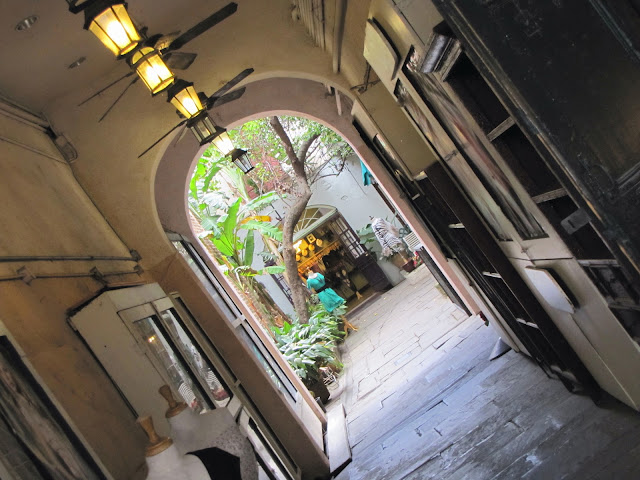 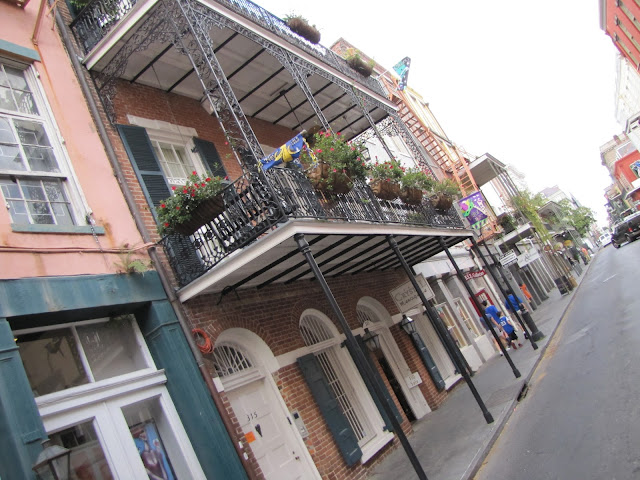 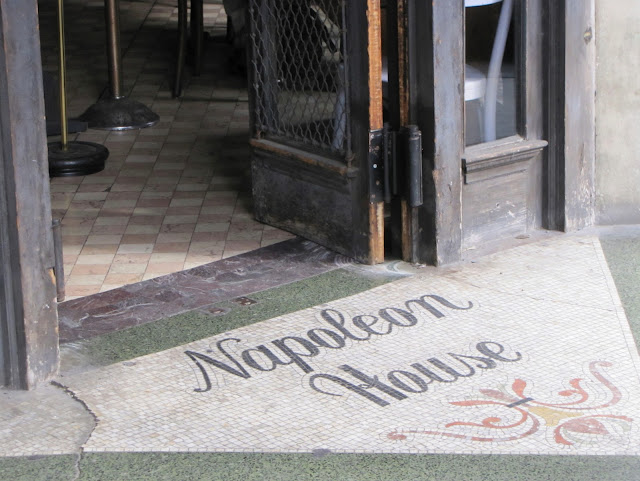 ...the building that was intended to be a sanctuary for Napoleon after his exile (though he never set foot here) 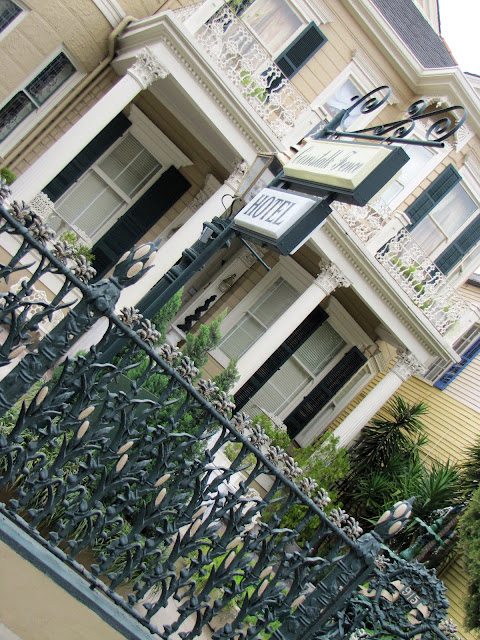 ...the Cornstalk Fence Hotel (a boutique hotel built in 1816) 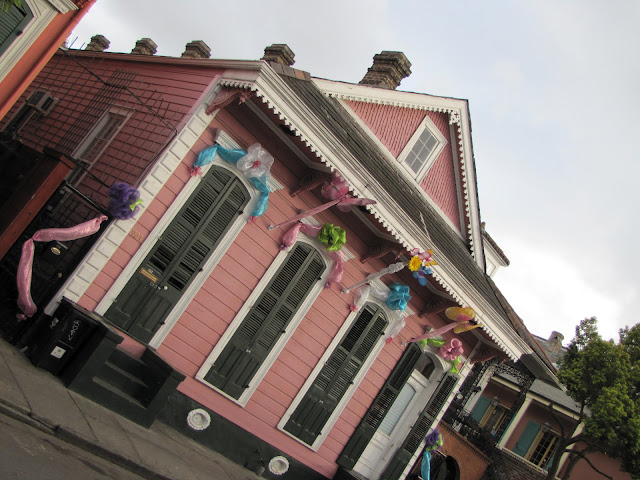 ...and a typical house.
We left our horse and buggy behind in the French Quarter...and hopped on a bus to tour the rest of the city. 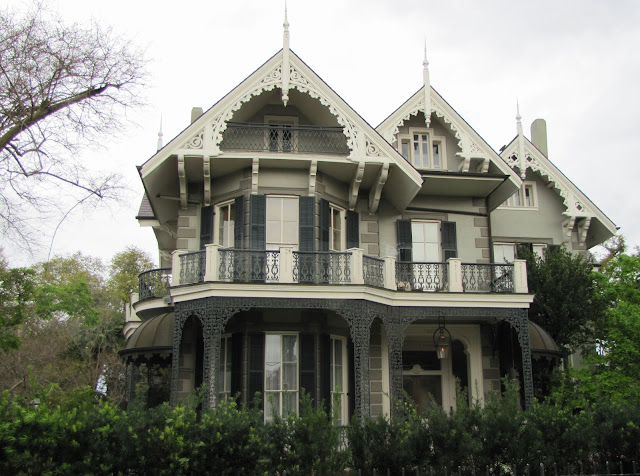 In the Garden District...we passed by the homes of people we 'almost knew'.  Sandra Bullock lives in this house...and she even happened to be home when we passed by.  (If the porch light is burning...the occupant is home!).

Right next door to her house...is the home where  'The Curious Case of Benjamin Button' was filmed. 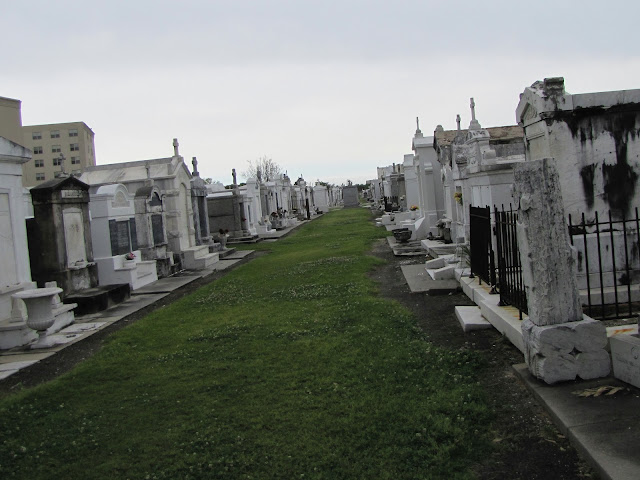 We also visited a cemetery.  In New Orleans, the graves are all above ground.  And for good reason!  Since the city lies well below sea level...one can't dig down without hitting water.
The last part of our city tour was most interesting.  We saw first hand what happened when the levees broke during Hurricane Katrina.  Our tour guide was living in the 9th Ward at the time...and counts himself most blessed to be alive.  He was swept away by a wall of water when the dike gave way...and spent many days on a roof top waiting to be rescued.  He has no intentions of ever returning as a resident to his old neighbourhood! 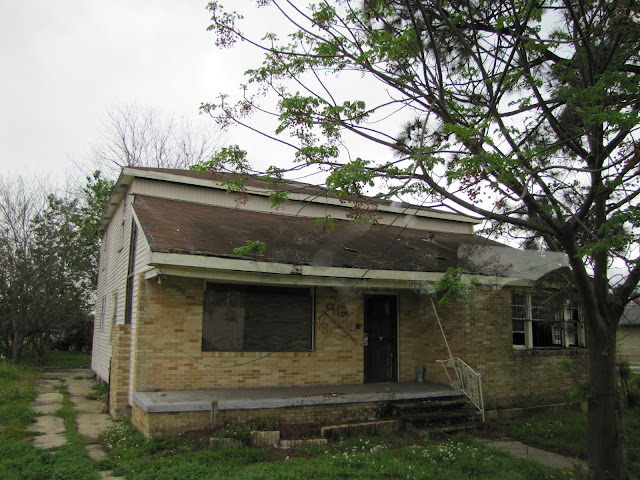 A few of the pre-Katrina houses are still standing...though condemned. 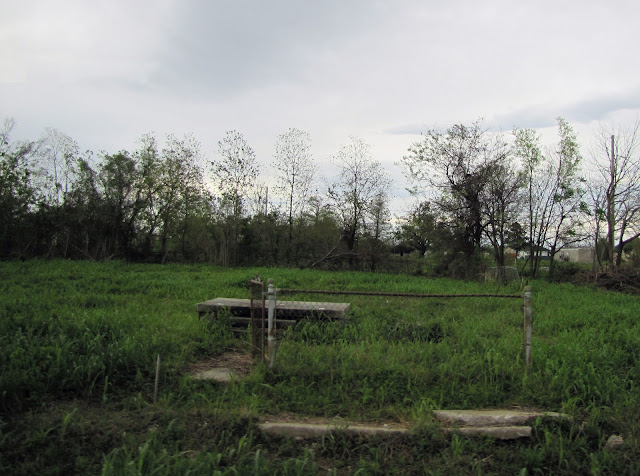 For the most part, the 9th Ward looks like a bit of a ghost town...with foundations and sidewalks remaining as a reminder of the neighbourhood that once was. 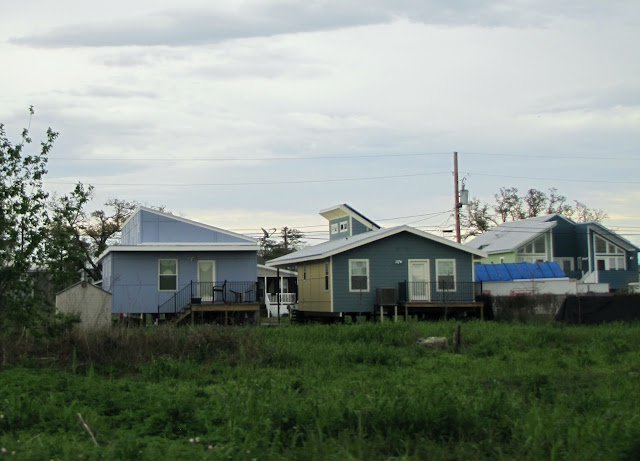 There is a new community centre and a cluster of new houses...built with the help of actor Brad Pitt. But almost seven years after Katrina, less than a third of the residents have returned.  Many are apprehensive about living next to the levee of the mighty Mississippi. Could it happen again?  I think so.
Before we left New Orleans we took a ride across the river. 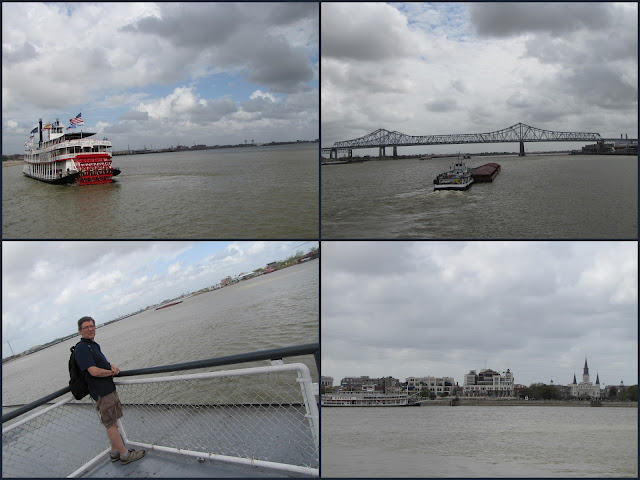 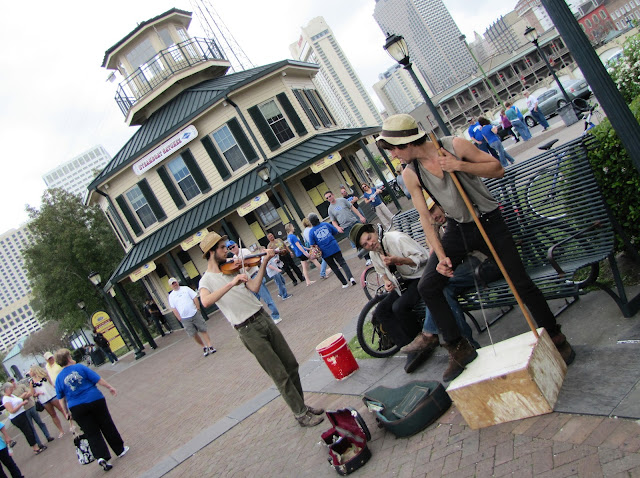