the sights and sounds of new orleans...

New Orleans isn't really all that new!  It has been around since May 7, 1718...and is the largest city in Louisiana.  It is steeped in history... 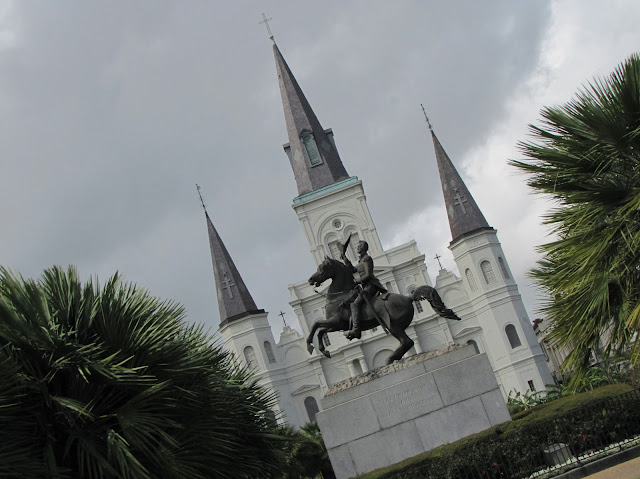 ...and was the location of the The Battle of New Orleans which took place on January 8, 1815 and was the final major battle of the War of 1812.  The American forces...under the command of  Major General Andrew Jackson...defeated an invading British Army intent on seizing New Orleans and the vast territory the United States had acquired with the Louisiana Purchase. The battle is widely regarded as the greatest American land victory of the war.  And so Andrew Jackson has been given a place of honour...atop his horse...in the middle of the square.  We learned bits and pieces of the colourful past of the city as we toured!
We stayed on St. Charles Avenue...and got around quite nicely on the St. Charles streetcar. 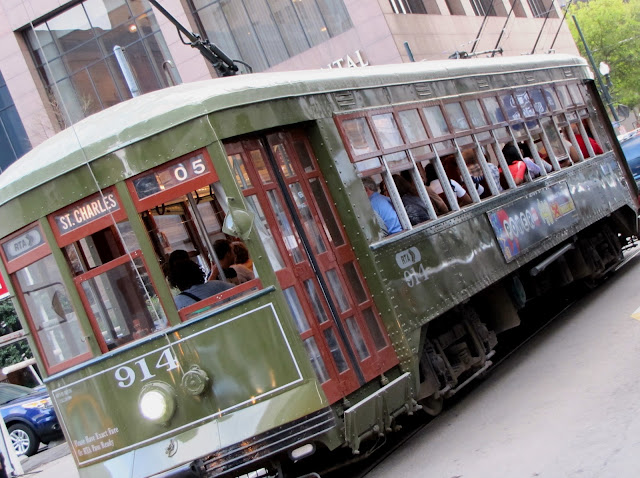 It is the longest ﻿of the New Orleans streetcar lines...and the oldest continuously operating street railway system in the world.  (It was forced out of service for almost eighteen months following Hurricane Katrina.)    The streetcar has been in operation since the beginning of the 19th Century...and is protected by historic landmark status. 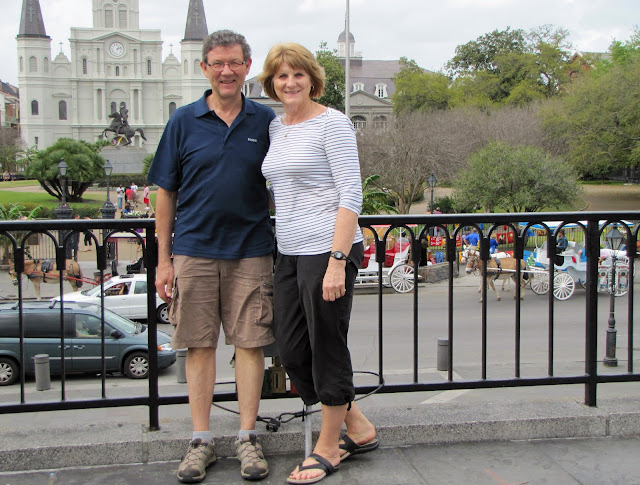 Join us on a walk-about...and I'll share with you a few of the sights and sounds that we enjoyed while in the city. 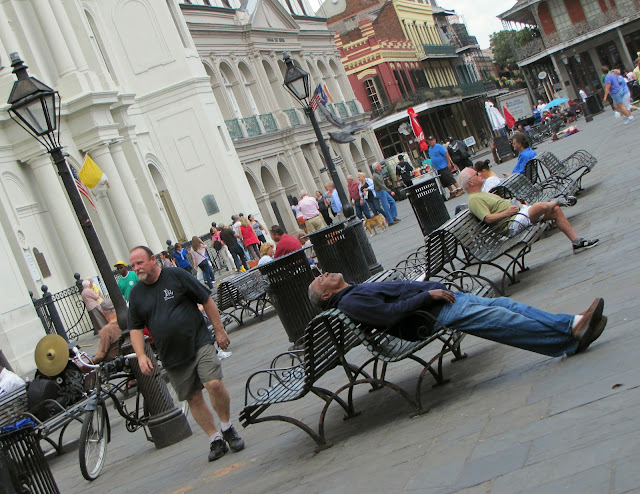 If you love watching people...New Orleans is a good place to do it!  I'm thinking the guy on the bench had seen all he cared to for the day. 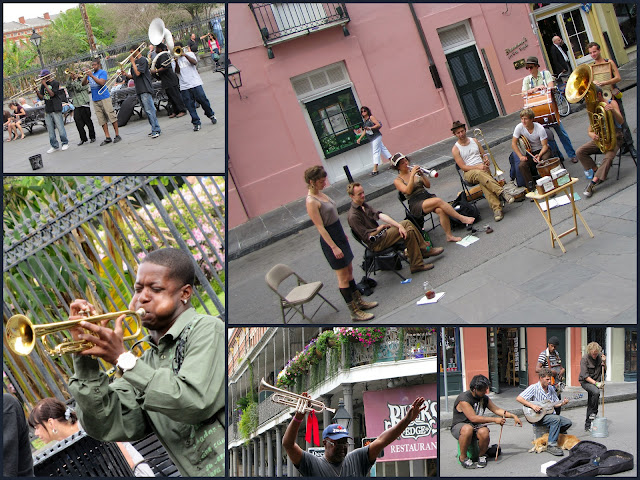 If you would ask me what I enjoyed the most...I'd have to say the music!  There were buskers at every street corner...and we enjoyed many a free concert.  They were so good!  The guy with the trumpet serenaded us while we sat at a sidewalk cafe and enjoyed our beignets.  He played old gospel songs...with a pizazz! 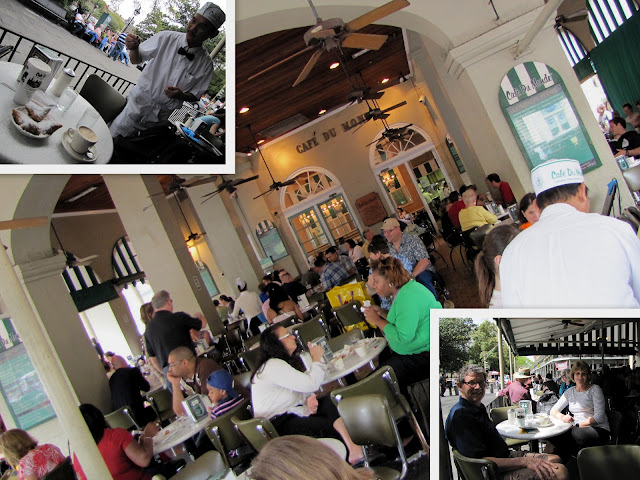 Cafe du Monde...the home of the famous French beignets and coffee blended with chicory.  If you go...do not wear black.  They are very generous with the powdered sugar on the beignets...and you will be sure to wear some home!  Cafe du Monde was closed for two months following Hurricane Katrina, though it suffered only minor damage since it is in the French Quarter.
'When in France...'  do as they do.  When in the French quarter...eat what they eat. 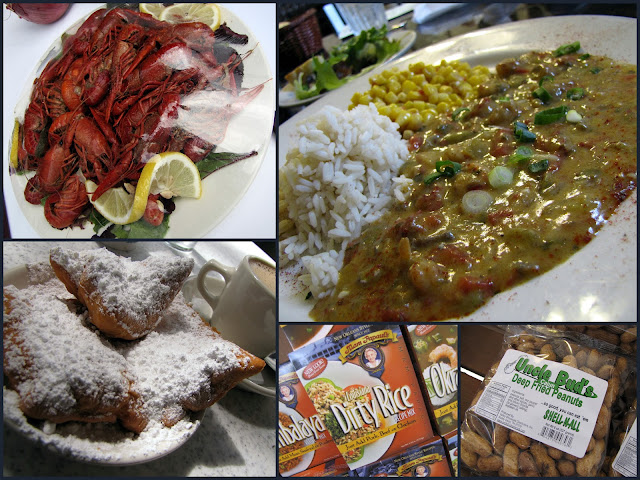 ﻿It seemed there was crawfish on every menu.  And so we sampled 'crawfish etouffee'...simply crawfish smothered in a spicy sauce and served with rice.  I won't be making a copykat version at home anytime soon.  I'm just saying. 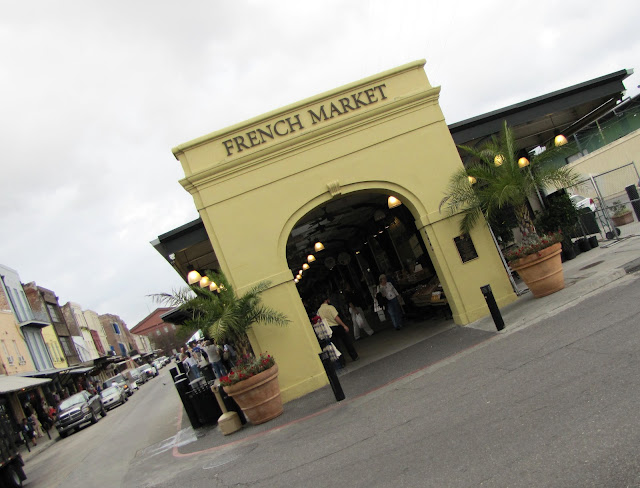 The French Market was a good place to sample fresh Orleans fare as well...or pick up souvenirs for the grands back home. 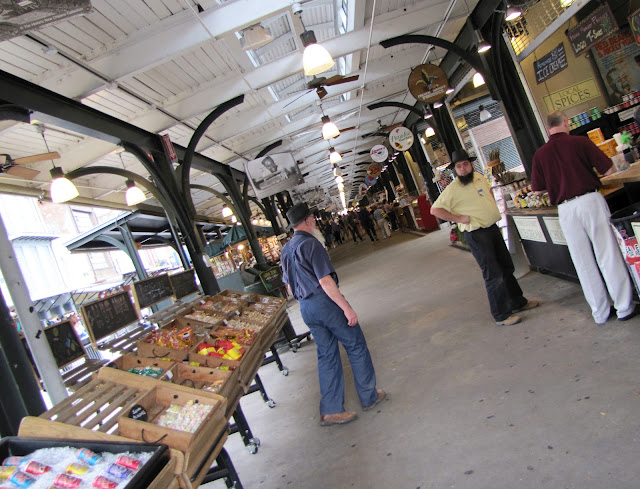 Some came with hats.  Some left with hats! 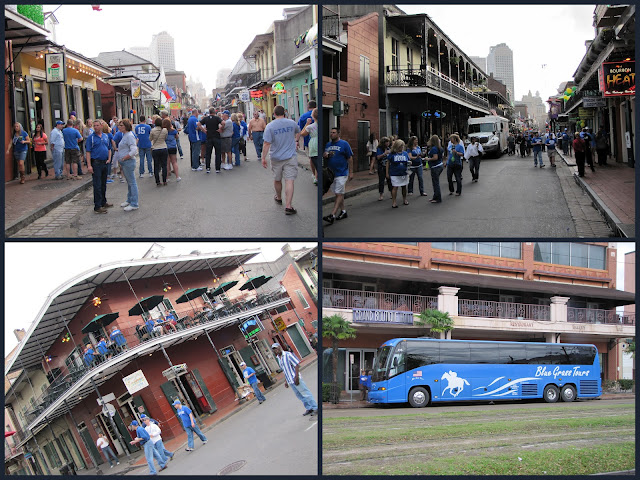 It seemed everywhere we went...there was a sea of blue shirts.  We soon discovered that all of Kentucky had converged on New Orleans to cheer on their favorite basketball team.  They were an enthusiastic bunch! 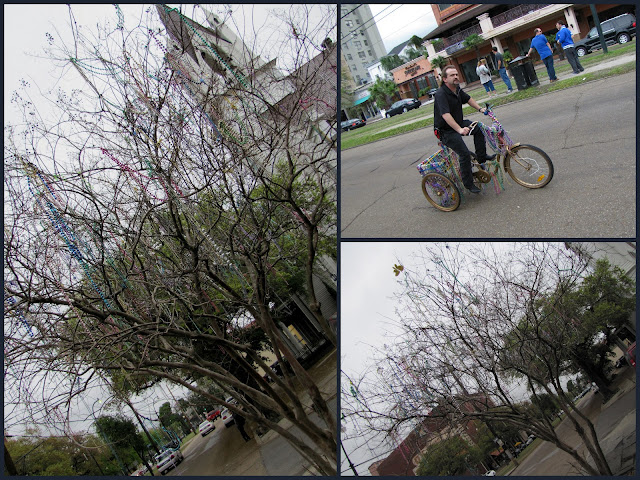 Mardi Gras was long over by the time we arrived in town...though the decor still hung around.  The trees were draped in beads...even the occasional bike!
Throughout the city we noticed many signs that read 'Nola'. 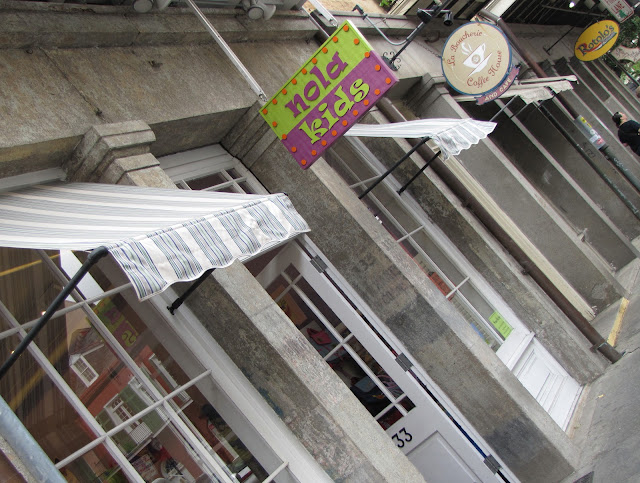 One store window was chock full of 'I love Nola' t-shirts. My niece happens to have a little girl named Nola...and so I went in to see if they had a shirt in her size. And I asked why everything seemed to be about Nola. Little did I know...Nola stands for New Orleans, Louisiana. Though the shirts were all in larger sizes...I left with a book entitled "Good-night Nola" for my grand-niece. She celebrated her first birthday this weekend.

Enough for today...of the city that straddles the Mississippi River.  I'll continue my tour tomorrow...or the tomorrow after that!


Have a wonderful day...