Though my dad was mainly a Ford kind of guy...he did have a soft spot for the old John Deere tractors.  He had an antique JD in his collection...looking pretty spiffy and sputtering along.  When it came time for him to move from his country home to the city...my Aunt Maggie made him a proposal.  Since he couldn't take the tractor with him...how about if she took it to her back yard...where it would become part of the landscape.  If they should ever leave...he could have his tractor back.  That was more than a decade ago.  The JD has been sitting pretty in their yard all these years! 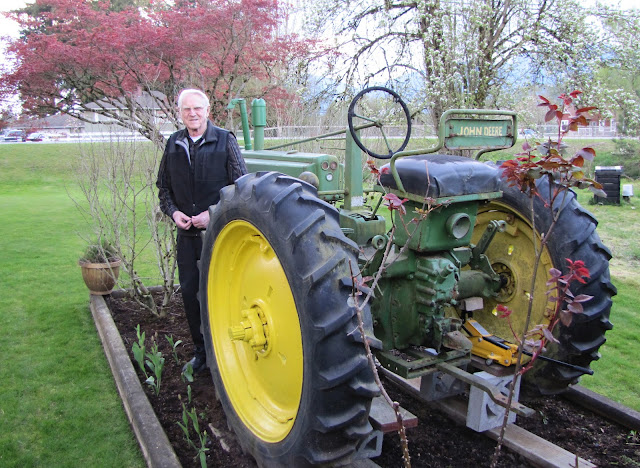 Last night we were invited for dinner to my uncle and aunt's ...and my dad was there as well.  After four decades, Uncle Jake and Aunt Maggie have decided to move on.  What to do with the tractor?  Though my dad would dearly love to have it back...his strata council would not likely be thrilled with a tractor parked on the grounds!  So if you know of anyone who wants a pretty old JD tractor (one that doesn't necessarily sputter anymore...and who knows if the wheels even turn)...let me know. 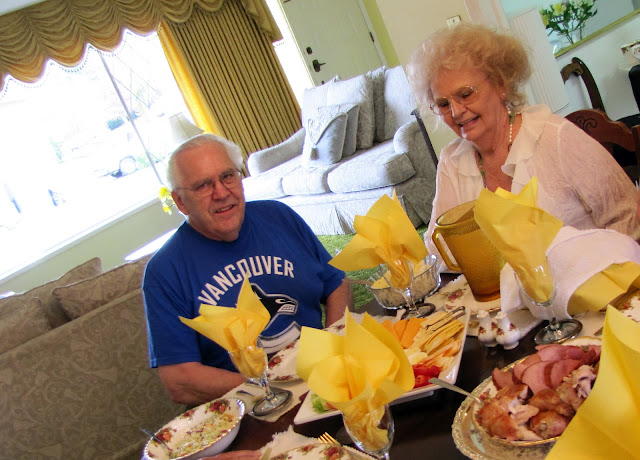 We had such a nice visit around the table last night.  I have been to their place many times over the years...and it was a little sad to know this was likely the last visit in this home.  The after dinner entertainment was the hockey game.  Hmmm.  Uncle Jake can put his Canucks shirt away until next year.  What can we say?

The day was all but done by the time we said our farewells.  Since when do the hosts send gifts home with their guests?  When they are planning to move! :) 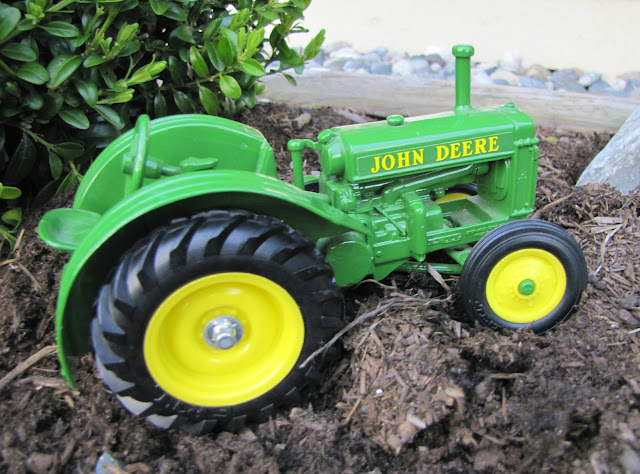 Though the antique JD is a little big and cumbersome to move around...Uncle Jake gave me a wee replica of a tractor he once owned.  It had been a gift from my mom long ago, and he thought I should have it.  It's sitting pretty in my landscape this morning.  And hubby got an extension ladder...which he'll have to bring home another day.

I wish my uncle and aunt all the best as they make plans to move.  May they find the perfect new place to call home...and may it even have enough space for Uncle Jake to unpack the rest of his JD collection!