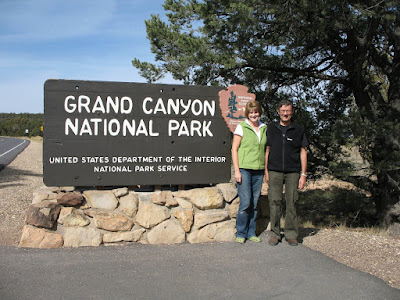 The incredible Grand Canyon is at the top of the Seven Natural Wonders of the world for a very good reason. I was looking forward to seeing it...but had no idea how truly awesome it would be. Pictures could never do it justice, but I'll share some because it was just such an amazing place. It is so massive...makes one feel very small and in awe of our great Creator. It is truly the grandest place I have ever visited! 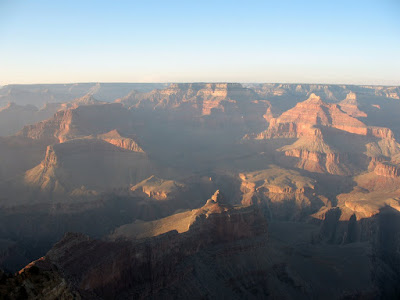 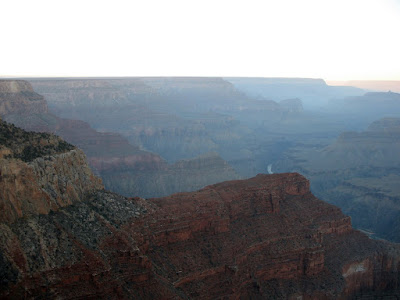 The Colorado River looks very tiny, when you stand at the top and look down! 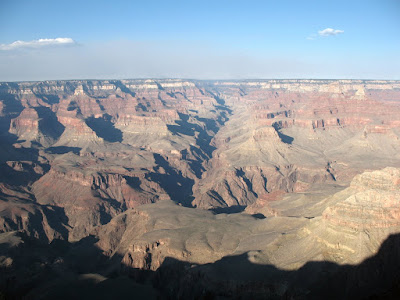 We walked for miles along the rim trail the day we arrived. As we walked around the village at dusk, we met lots of deer. They were quite used to people and willing to pose. 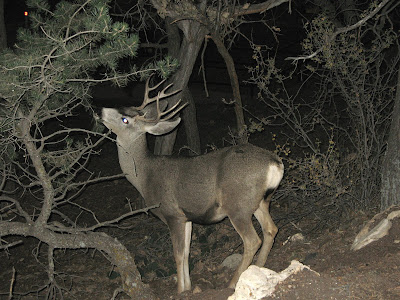 We hadn't really planned on hiking into the canyon, because I was under the impression that you could only hike down with a back-country permit. When we figured out that day hikes did not require permits, we decided to try part of the Bright Angel Trail the following day. What a great experience...I'd go further next time! 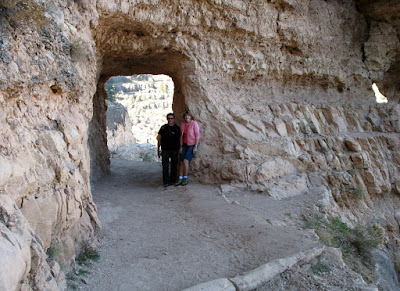 This tunnel was near the top of the trail. 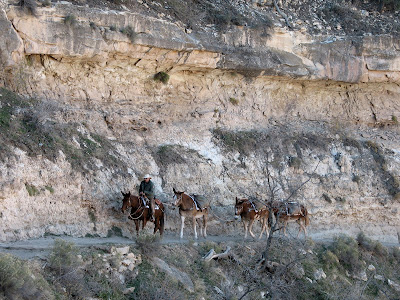 We had to move off the trail several times to allow the mule trains to pass. This particular team, was carrying the contents of the restrooms out of the canyon. That's right...what goes into the canyon, must come out! 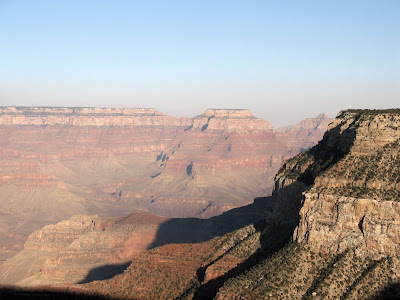 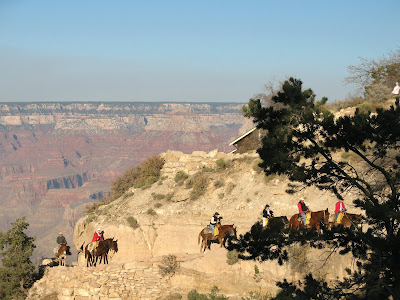 Here's a team bringing up passenger (non-hikers) who spent the night in the canyon. 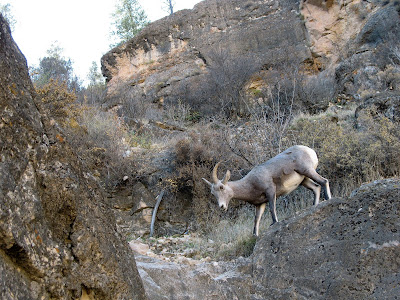 We came across mountain sheep several times along the trail...one was actually lying on the trail and we walked around it. 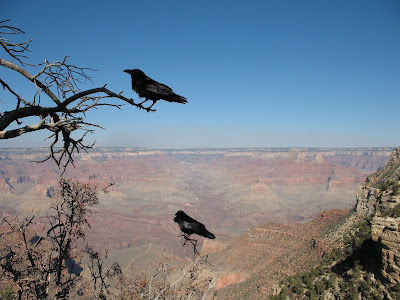 There were ravens galore... 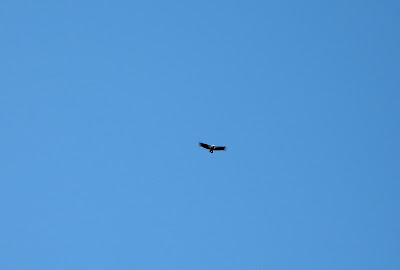 ...and if you get out your bi-focals you can see the California condor soaring above the canyon walls in the photo above. I just had to include it, because this was a bird that was nearly extinct and now there are forty-five in Arizona. California condors are the largest land bird in North America with a wingspan of 9 1/2 feet and weighing up to 22 pounds. It looks pretty teeny on the photo, but was quite impressive in reality! We saw three or four of them on our hike. 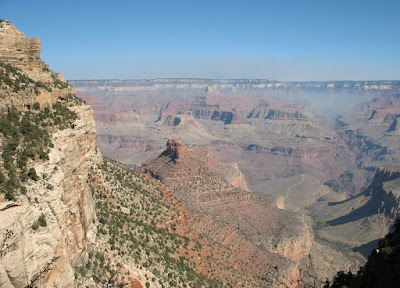 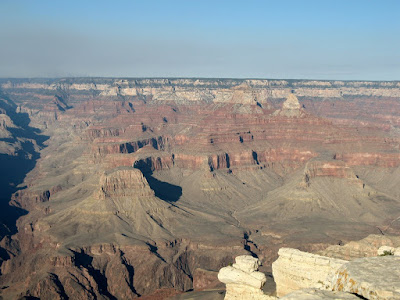 When we arrived back at the village, we decided to walk another few miles along the rim. From there we had the perfect spot to view the sunset. 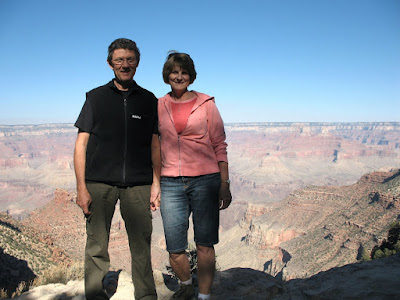 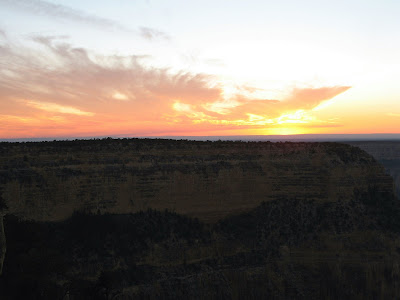