While half of Canada watched the Grey Cup game yesterday afternoon, a group of us headed to downtown Vancouver for the annual Christmas open-house at Hycroft Mansion. 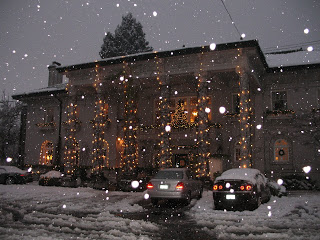 No, it wasn't snowing in Vancouver yesterday, but I had to throw in one picture from last year.
It does sometimes snow out here in November.
Hycroft is a magnificent Edwardian mansion, originally built for Alexander McCrae who was a leading businessman and politician in the beginning of the twentieth century. Construction began in 1909 and the home took two years to complete and quickly became the hub of social life in Vancouver. In 1942 the McCrae's gave the home to the Canadian government and it became a hospital for war veterans until 1960. At that time it was purchased by the University of British Columbia Women's Club and has been restored and maintained by them. It is used for for receptions and private parties throughout the year, but only open to the public for the annual Christmas open-house. What a great old house!
Let me give you a peak... 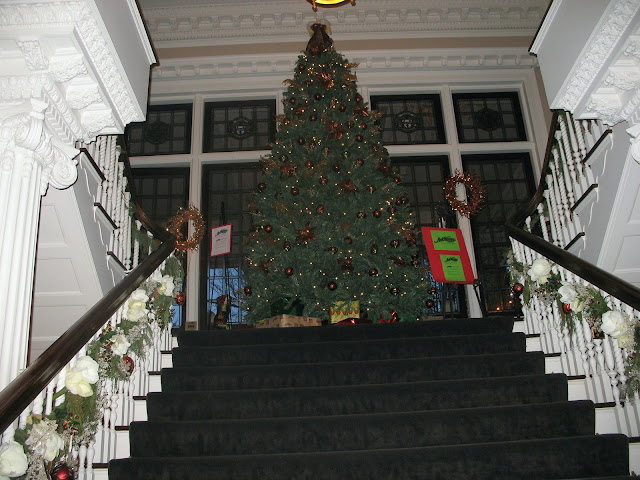 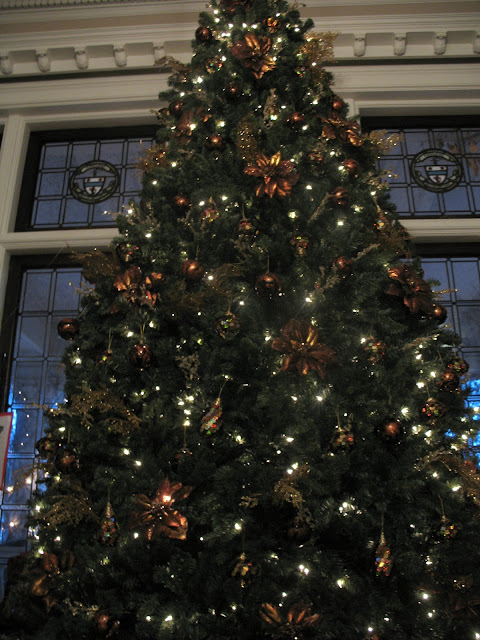 I just love all the ornate detail & fancy moldings! 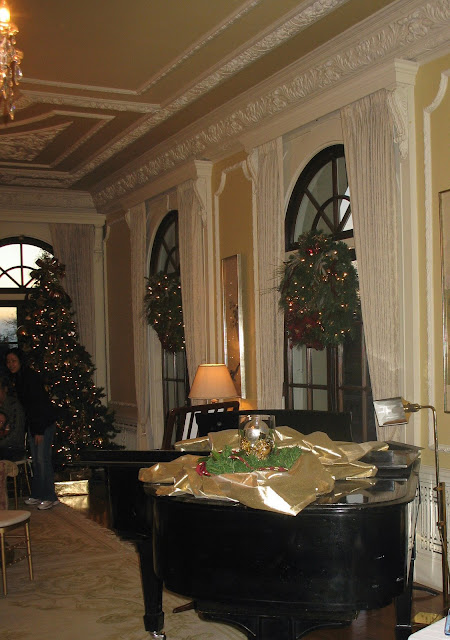 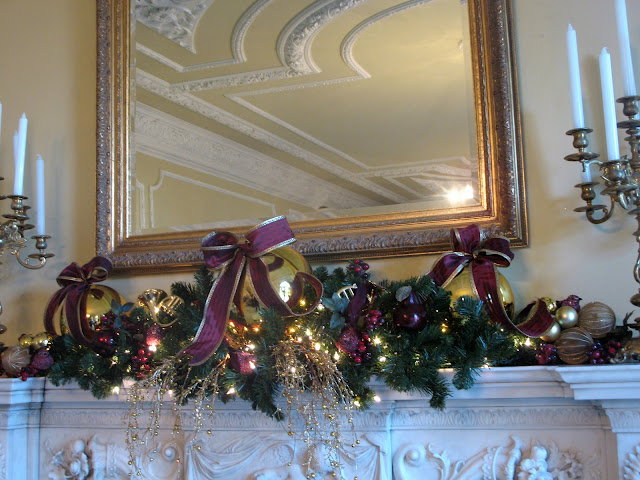 The dining room was all ready for us... 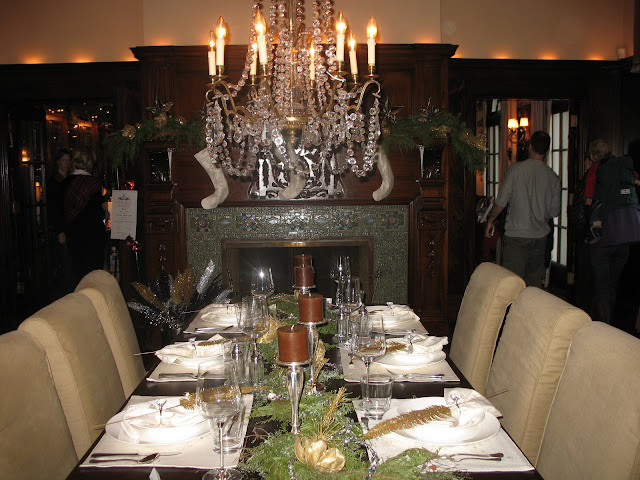 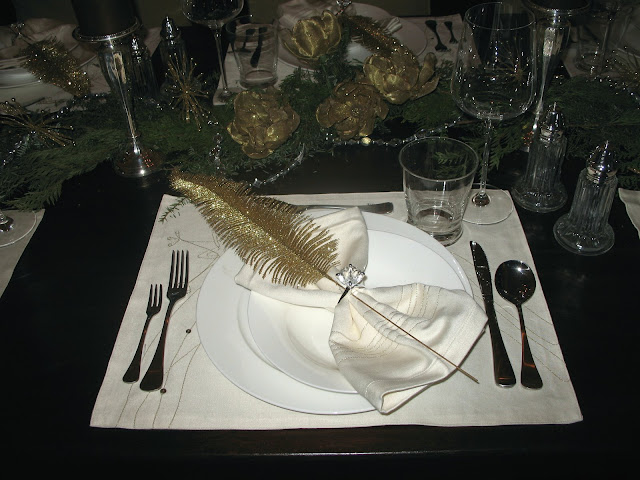 I think the cooks were watching the Grey Cup game though! 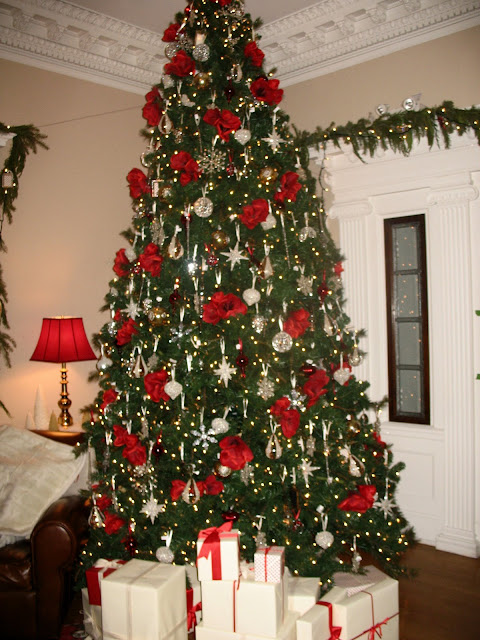 Every room had it's own tree... 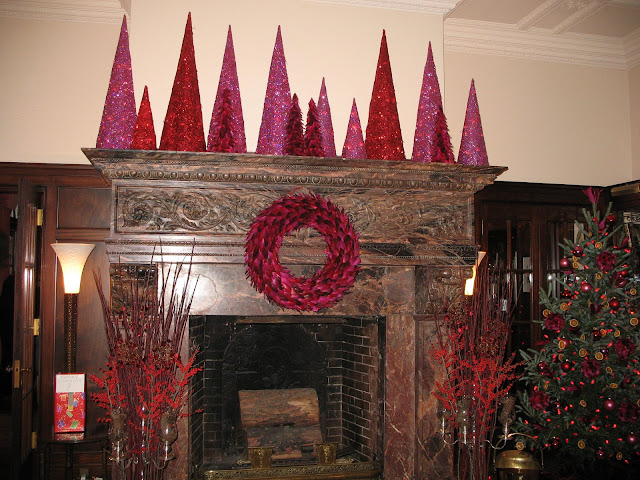 ...and most also had their own fireplace.

What a lovely place to visit...and get inspired!

I came home with a few ideas, an advent calender and a wonderful Christmas book for the grandkids.