Christmas baking brings back memories of cookies I enjoyed as a child...recipes which had been in the family for generations. My mom always baked peppermint cookies (which used baking ammonia)and jam-jams....and all kinds of other goodies that my dad liked. Grandma Isaak made a dark spice cookie, which was coated with a white glaze after baking. Grandma Baerg made soft, spicy cookies called peppernuts...they all baked together in the pan and we broke them apart to eat them. They were 'melt in your mouth' yummy, but totally different then the peppernuts I now make. Peppernuts (also known as pfeffernusse) are a traditional Mennonite Christmas cookie. 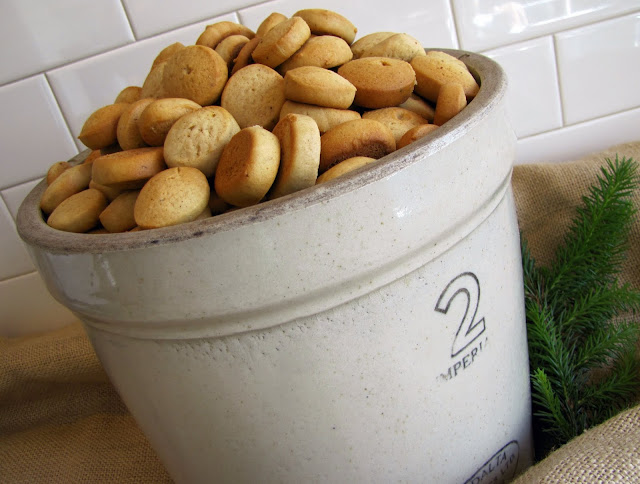 Yesterday was my day for baking heritage cookies! Here's the recipe for this spicy little morsel... 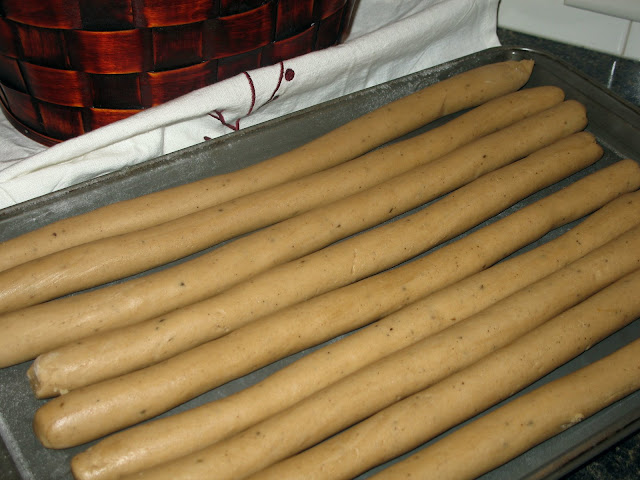 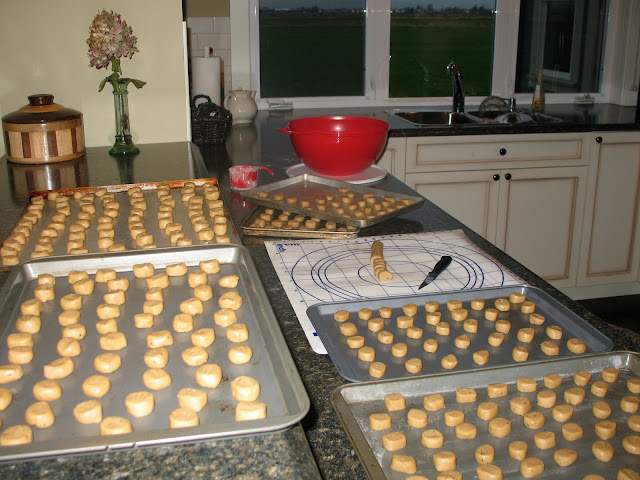 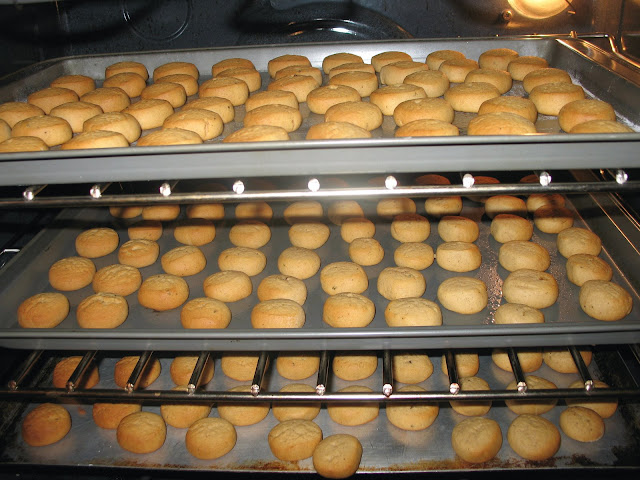 A convection oven comes in rather handy when baking cookies! 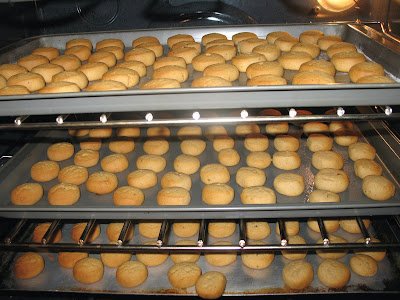 It looks like enough to feed an army, but they won't last for too long! 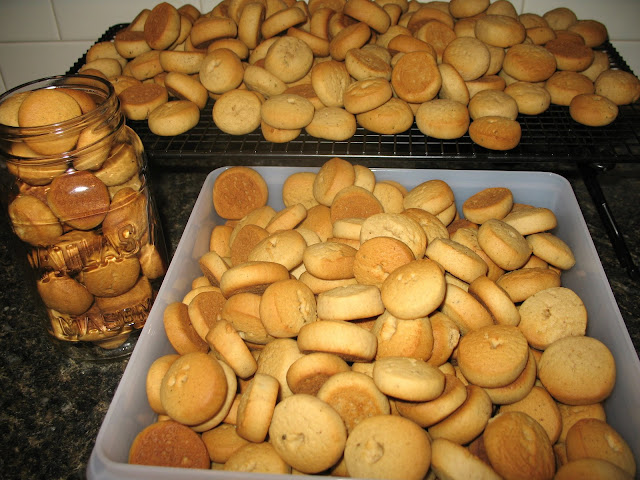 Some got delivered next door for the grandkids, and we eat them like 'peanuts'...a handful at a time.

So there you have it. My original recipe had no amount given for flour...so I estimated what I use. The Mennonite recipes seem to leave a lot to chance...they cooked by heart! Peppernuts were often made by rolling out the dough, and cutting out the circles with thimbles. Now that would be time consuming!

Here's what I found interesting...Martha Stewart has a peppernut recipe! It's much like the one above, but she rolls the peppernuts in icing sugar while warm. They look nicer, but wouldn't be quite as conducive to putting in the pocket!
While I was baking peppernuts, I had to think of my mother-in-law who used to come for a baking blitz every December. We baked up a storm...I was always ready to 'call it a day' long before she was done. She was the best and I wish she was here to join me in the kitchen again!
There's my little walk down memory lane. Does anyone else in this day and age still bake peppernuts?