the past...and the present

While travelling this great country (mostly the great country to the south), we passed through so many places that were a link to the past. Some of them had somehow managed to stay in another era, and I felt like I was stepping back in time. We toured an old train station in Ely, the home of some of the first white settlers at Grand Canyon village (it still sits perched precariously on the brink of the cliff), the site of the shoot-out at the OK corral in Tombstone, an old post office in Oatman and lots of little Indian settlements along the way. 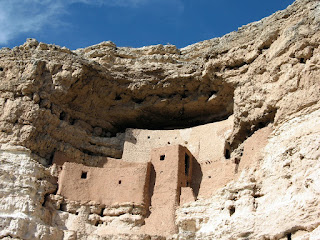 We chanced upon a some native cliff dwellings near Camp Verde, Arizona that were so worth the visit! Nestled into the limestone cliffs high above the river which flows through Verde Valley, are the best preserved cliff dwellings in the United States. We strolled the paths below and could easily view the five-story twenty room "apartment building" of the prehistoric Sinagua Indians more than 600 years ago. 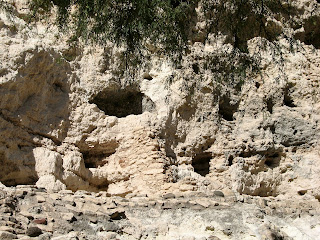 The place is known as Montezuma Castle because early settlers to the area assumed that the imposing structure was connected to the Aztec emperor Montezuma, but this "castle" was abandoned almost a century before Montezuma was born. 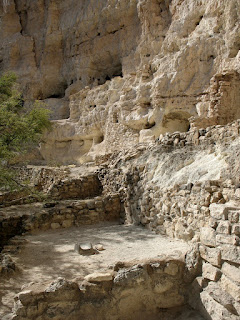 So that is my look at history today....and how does that connect to the present? Emme and Spencer have been somewhat intrigued with our history, and are always asking questions about how the Indians lived. While in Apache Junction, I saw some cute little Indian princess dolls, and picked one up for each of the girls. Last night we had the gang here for a pizza party and a belated celebration of Emme & Spencer's birthday. There was no time for fancy cakes this year, but I put their little dolls on a chocolate sheet cake and built them a little teepee. 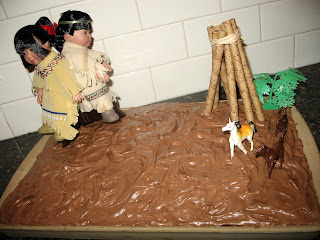 We had a fun time catching up on what's happened with everyone while we were away. The girls thought it was great to have another birthday celebration a week later. The biggest excitement in their lives at the moment though, is their new bunnies which they picked out on Saturday. 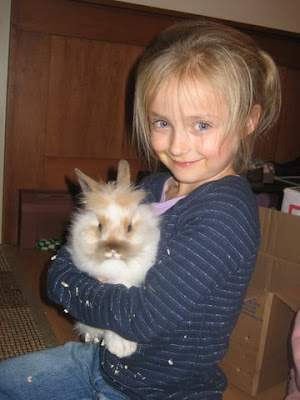 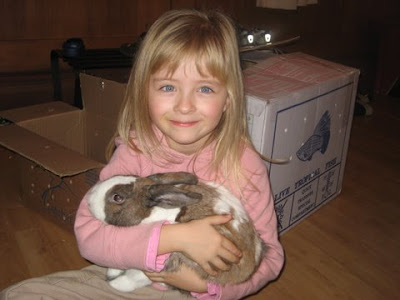 Do they looked pleased, or what?
So that's a little look at the past (I have oodles of vacation pictures that will likely find their way to my blog in the next while!)...and a celebration of the present. And now I must attend to all the realities of life in the 'here and now' (the farm books, the dirty house, the mail that needs attention...and Dad's coming out for a visit today). Have a nice day!