Happy Birthday to my nephews in South Texas. 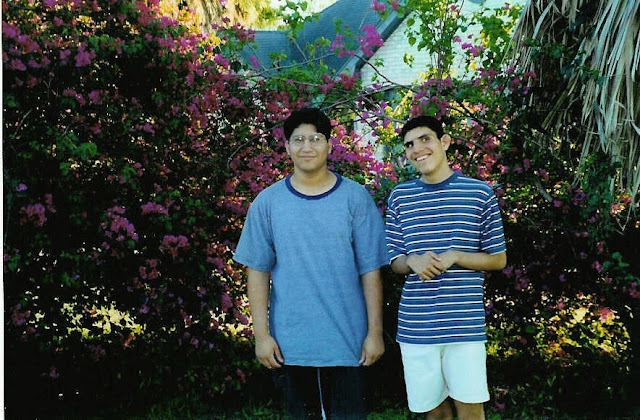 The year was 1985, and my sister Bev was working at an orphanage in Reynosa, Mexico. Twin baby boys were brought to Children's Haven at the age of six months...near death's door. These little boys were eight pounds and five pounds, and needed a lot of medical attention. Bev was a nurse, so took them into her care. They required so much attention, that it wasn't long before she had them at her home, and under 24 hour care. They survived...and thrived, and soon they were her boys. We first met them in 1986, when she brought them home (to Canada)...it was the year of Expo '86 in Vancouver. They were so cute and such happy little guys. 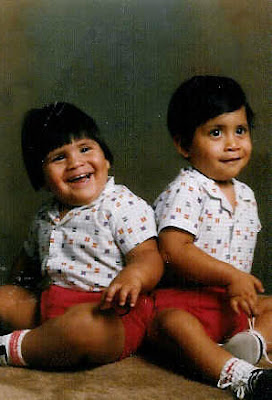 How those years have flown by! They have been to visit us in Canada many times over the years...and we have been to McAllen, Texas. I just have to share a very special occasion...it was July, 2003. The entire clan gathered in Taber, Alberta for a family reunion. On the Sunday morning, we all met at the Old Man River for an impromptu church service. Len decided he would like to make a public confession of his faith in Jesus Christ, and be baptized. So with about one-hundred Baerg relatives as witnesses, he was baptized by Uncle Terry in the rather swiftly flowing waters of the Old Man River. How special is that? 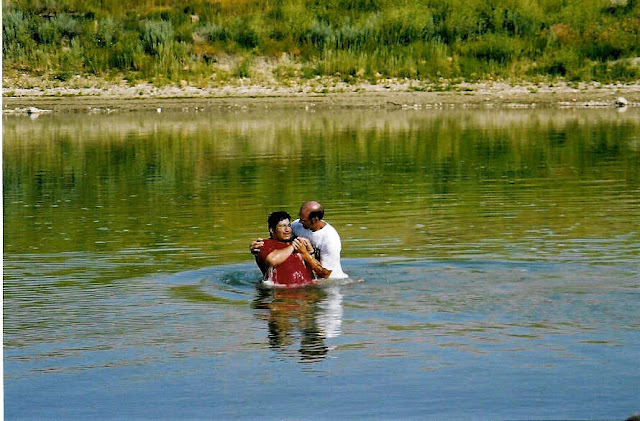 Two years ago they came for Christmas. Ricky will never be too old for Santa! He looked quite pleased when Santa actually came to visit on Christmas morning, bearing a gift with his name on it. Ricky is a 'man of few words', but always has a smile! 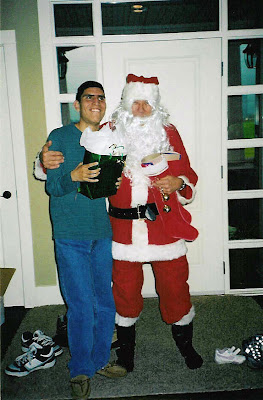 Ricky graduated from his 'special ed' class and spends his days at a program that keeps him amused while Bev works. 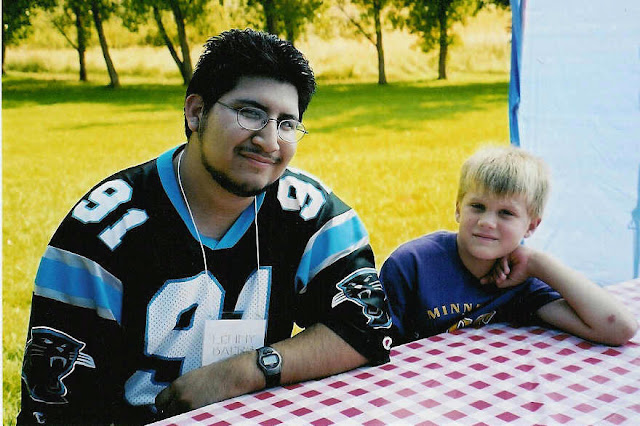 Len is now in college. He looks like he'd be trouble on the football field...and I know he's a formidable opponent in Scrabble!

I can hardly believe they are twenty-three today, but that's what my little book says. So happy birthday to you...my American nephews. And I'm ready to take you on in Scrabble anytime,Len!