It really was a divine night! Last night I had the privilege of attending the premiere concert of three young guys that I'm sure we'll be hearing a lot more of. It was just the best evening!

The concert was actually a birthday present for Elmer, and I just got to go along for the ride (I love when that happens!). The original gift was an outing to a concert in Vancouver in November, but we ran into conflicts with dates...and re-scheduled to attend last night's concert just before Christmas. 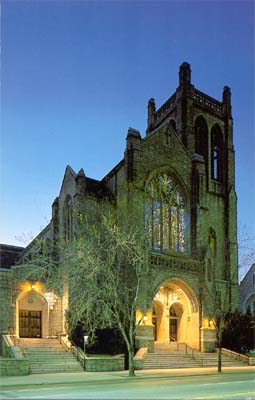 It was held in St. Andrews Cathedral, a beautiful heritage building in the heart of Vancouver. What a perfect venue for an evening of Christmas music from Canada's youngest pop-opera group. 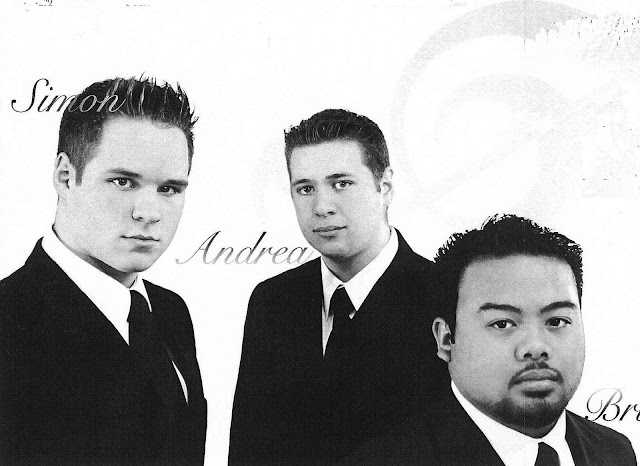 They are just amazing---three young guys (all nineteen) who are graduates of Notre Dame highschool in Vancouver and are all currently studying music. Their debut album was just released in time for Christmas... 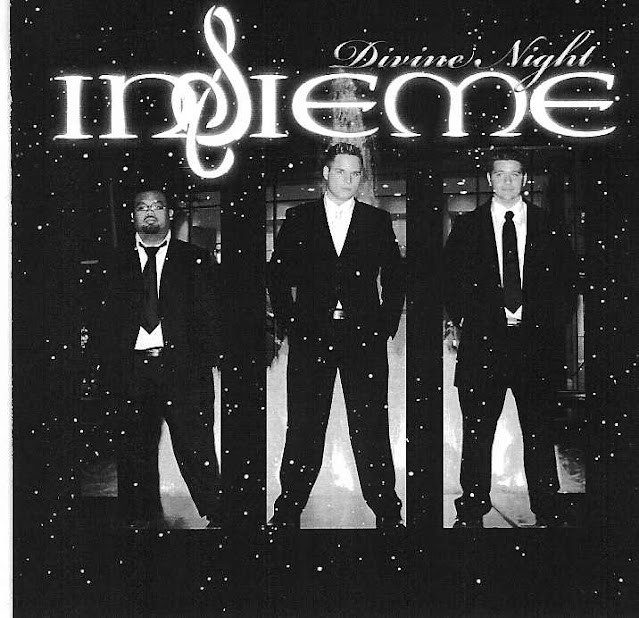 and is called Divine Night'. I'm really looking forward to listening to our new cd...that was part of the b'day gift too, so it's not actually mine!

We heard these guys do a few songs at a charity night a few months back, and decided if we ever had a chance to hear them in concert, we would go! They really are 'our own three tenors'...powerful voices that harmonize just beautifully! It just gives me shivers.

They were featured on Global TV news yesterday morning, and gave a bit of their background. All had some music background, but one of them was headed for a football career. They credit their high school music teacher with getting them started on their musical career...thank goodness for teachers who see the giftedness in students and steer them in that direction. They will be starting work on a second album in the new year, and also touring in spring. I'm sure you'll be hearing about these guys sometime in the future...and if you ever have a chance to see insieme in concert, don't miss it!

After an evening of beautiful music (some Italian), we topped it off with a Greek dinner in a quaint little restaurant downtown. It was a great night...thanks for including me in the gift, Tim and Heidi! I can still hear the music this morning (and taste the Greek food too, for that matter!)

And now I must really get some Christmas baking done. There are only a few days left! I was thinking maybe we'd be OK with just the peppernuts and fruitcake (and I'm just happy with my tub of nut and bolts), but hubby seems to think otherwise. So I'll see what the day brings...it may just happen today.

Have a good day!