As you may have noticed, I have a new header on my blog. After getting explicit instructions from Vee, on how to edit a photo for the header, I thought I better give it a shot. So I just picked a nice wintery scene to practice on. But I was thinking, I should maybe do a little explaining...like what is that figure in the snow? It's a west coast snowman, actually...ours melt too quickly, so we need to build them out of rock! 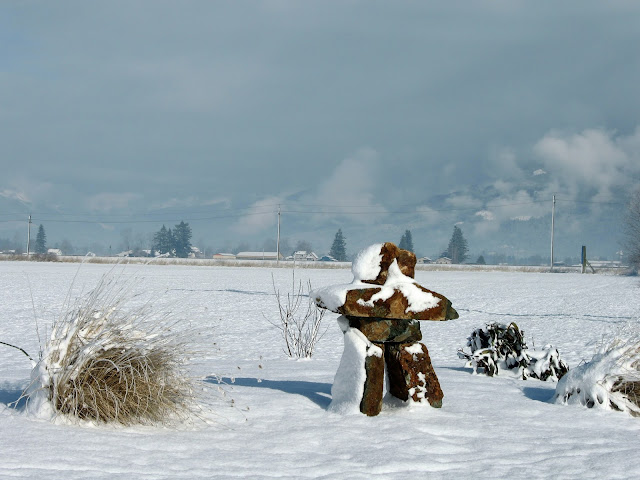 That little guy is called an inukshuk. I saw inukshuks for the first time when we travelled the remote highways to Alaska in 1999. They were everywhere along the roadside...big and small, welcoming the travellers with open arms. We quite liked them, and checked out a few to see what kept those rocks in position. They key is balance!


When the symbol for the 2010 Olympics was unveiled, I was in the cheering section! It was an Inukshuk...which is a symbol of welcome and literally means 'friend'.

How special is that? We were at Whistler last year (the site of the 2010 winter Olympics) and took a picture of the giant inukshuk which stands at the top of the mountain. 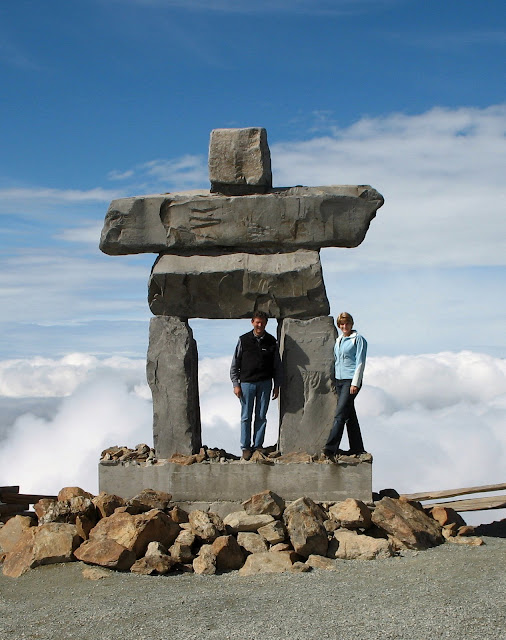 After our trip to Whistler, I thought we should have our own little inukshuk as a welcoming friend at the end of our driveway. While we were at the rock pit finding rocks for our landscaping, we gathered a few that made a perfect little inukshuk. He will stand guard at our mailbox until at least the 2010 Olympics. 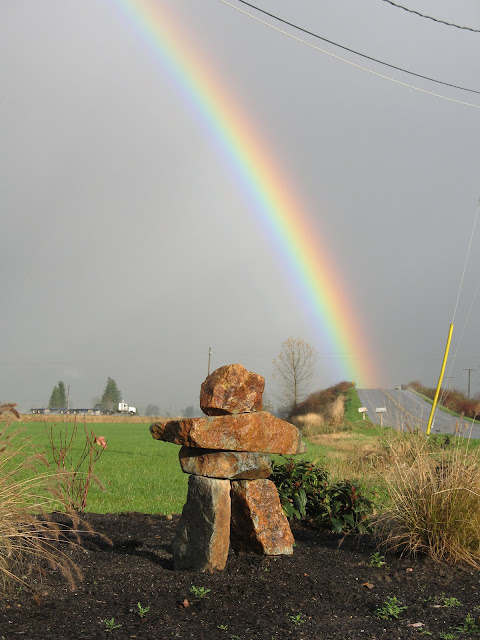 While we were on vacation in Arizona last month, we did a little hiking in Red Rock State Park. We noticed large areas of 'balanced rocks' along the river beds. They weren't exactly inukshuk, but also looked like little people. We decided to add our own little inukshuk to the army of 'rock people'... 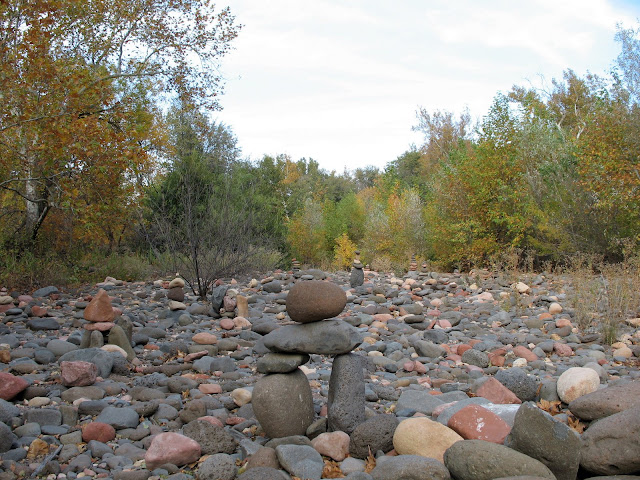 so if you are ever hiking along Oak Creek near Sedona, you may just run into him!
So that's the story behind the inukshuk, in case you were wondering. He is our greeter...and now he is welcoming you to My Front Porch.
Have a good day! Ryder is coming to play with Grammy this morning...so I know I'll have fun.