It's that time of the year when it is such fun to go to the mailbox! Besides the usual bills and statements, and reams of fliers...the Christmas mail is starting to arrive. What fun! 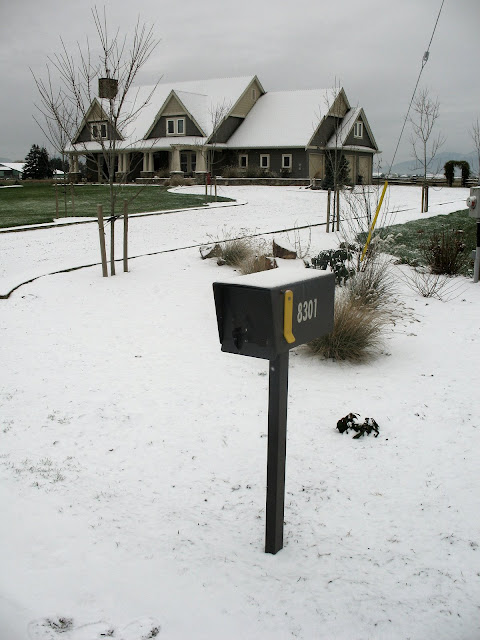 It was worth getting my boots on for this trek out to the mailbox. Besides the expected business mail...there were a few Christmas cards. I love getting pictures at Christmas...they get posted on the wall beside the fridge and stay there until next December. 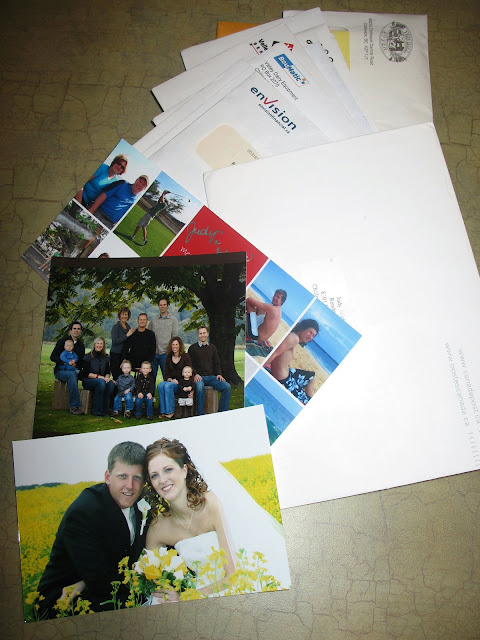 And this was a big bonus...a parcel from Switzerland! I had a pretty good idea what was inside (and it didn't say "Do Not Open Until Christmas"),so I thought I better confirm my suspicions! 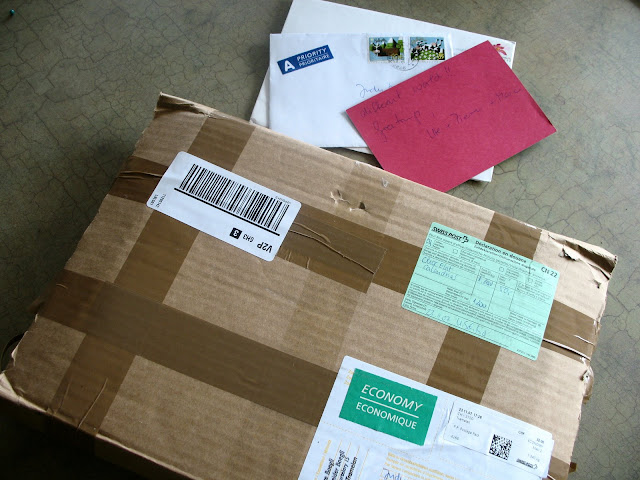 What else could be this heavy... 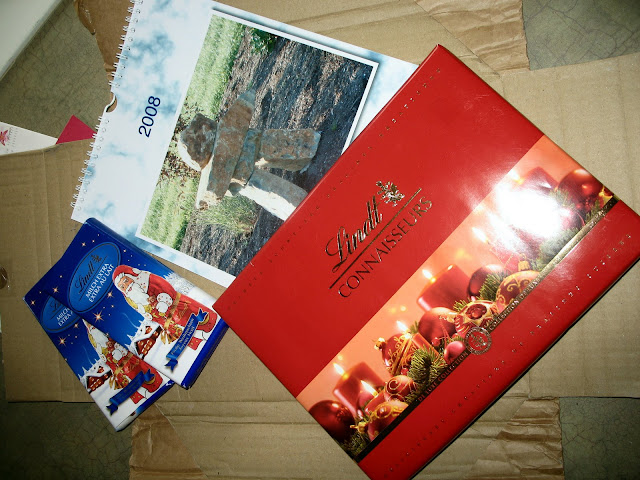 ...but a huge stash of Swiss chocolate? I have to admit that one of the Lindt bars is already missing...and I can't even blame my hubby, who is sick with the flu (or pneumonia...or whatever). And I'm not even a chocolate fanatic...but this is so good! And along with the supply of chocolate, Pierre and Ute sent a beautiful calendar with pictures that will remind us of their visit last summer. It was so good to spend time with them...and meet their son Marc for the first time.

Pierre lived with us for six months when our children were wee little, and spent Christmas with us that year. He met Ute while he was in Canada...she was from Germany, and on the same MCC exchange program. They returned to Europe and continued their friendship...and were married several years later. Guess where they went on their honeymoon? To Canada...to visit their host families. That was many years ago! Since then we have been to visit them twice in Switzerland, and they have been here on several occasions. Eight years ago we travelled together to Alaska, and that was an adventure we will never forget! The following year they surprised us by adding a son to their family. This past July they finally brought Marc out to meet us. We had a great time with him, even if he could not speak English! He is fluent in French and German ...and by the time they left Canada, Marc had picked up a few important words in the English language (like, "snack, please"). We may live oceans apart...but we are forever friends.

All that to explain why we get parcels from Switzerland in December! It's a great time to be in touch with friends and relatives. So, if you haven't done your Christmas mail yet...get with it!

PS I guess we better leave a bit of chocolate for my kids...since they will now know that the stash has arrived! (I get accused of not sharing it!)