This Day in History...

December 23. I checked out the archives to see what important events all occurred on this day in history, and I wasn’t surprised that there were none near as important as this one…Prince William Edward was born. Let me take you back a few years.

I was fourteen (almost) at the time, and caught up in the hustle and bustle of preparing for Christmas. It seems to me that my mother spent the day baking…and went out to help with the evening barn chores as usual. How well I recall her coming in and calling for me to go help finish up in the barn…she would need to be going to the hospital soon. What? This wasn’t supposed to happen for weeks, and how could we have Christmas without mom? We quickly gave her our Christmas gifts and off she went…and none too soon. A short time later we heard the news…we had a brother! Now this was cause for great rejoicing, in a household with five girls. I’m sure the name had been picked out before Bev was born, and at long last mom and dad were able to name their son. William Edward…does that not sound like a name fit for a king? We thought so, and from the beginning we called him ‘Prince William’ and treated him most royally (he may dispute that). 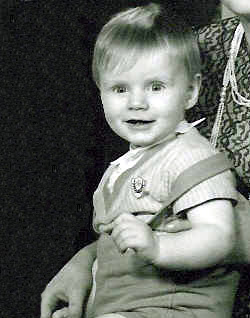 He grew up in a very privileged home…he had not one mother, but six. We were at his beck and call around the clock in those early years. I got my first camera shortly after Bill arrived, and he was my favorite photo subject…my photo album is full of photos of ‘Prince William’. 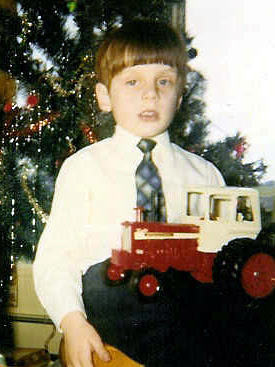 (I am really surprised that you got a red tractor for Christmas, Bill...as I recall there were only Fords around our place!)

Bill learned how to blackmail me at a very early age. It was impossible for me to go meet my date at the front door…Bill always managed to get out to the car as it stopped. He loved nothing better than chewing gum, so we could usually persuade him to leave us alone with a little gum. And every so often we took him along…he was a lot of fun. 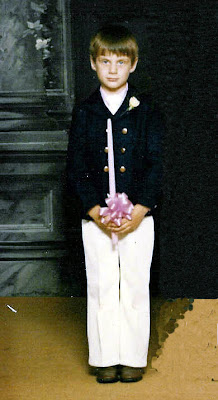 Bill was only five years old when I got married, and served as a candle lighter at our wedding. What was I thinking? Five year-olds should not be playing with fire…especially not that one. He caused quite a stir at our wedding reception when he pulled the fire alarm and the firetrucks arrived. (I know it wasn’t your fault, Bill…the cousins talked you into that one!). Several years later there was an incident on the school bus, where once again Bill was playing with fire. It took a fair amount of begging, pleading and cajoling for bus riding privileges to be resumed that time. And why was it that the firetrucks all came out to mom and dad’s place a few years back while you were visiting, Bill?

Bill was an easy-going fun-loving brother! He loved sports, fast cars, fast bikes…and he loved the Lord and had good friends as he was growing up. He got himself into heaps of trouble, but always seemed to come out unscathed. How well I remember the time Bill and his friends were one day late from a camping trip into the remote areas past Harrison Lake. The search was just getting underway, when they came trudging down the road on foot. Their truck was abandoned somewhere in the boonies when it refused to start, and they were returning to civilization on foot. No worries! And how was it that you crashed your mustang on the church parking lot? Or rode your motorbike into a feed bin? There was never a dull moment.

Mom and dad just enjoyed having Bill around. Long after us girls were all gone, Bill and his friends kept things hopping around their house. They were fixing boats in dad’s shop or cooking in mom’s kitchen, but there was always something happening! You left a big hole when you moved out, Bill!

We always joked about Prince William and his most favored position. It was very obvious! There were five nicely framed 8 x 10 grad photos of us girls…and there was a wall-sized mural of brother Bill. He does look quite regal though, I must admit. 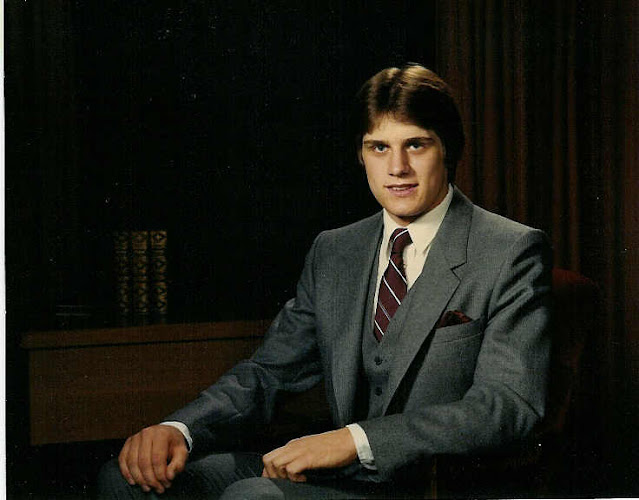 We had a good laugh the Christmas we were all at mom and dad’s, and the grandkids were thundering around the house as usual. Suddenly there was a massive crash as ‘Prince William fell from grace’! Somehow the kids had managed to cause enough vibration to shake the portrait of Bill off the wall. I’m wondering what ever happened to that mural, Bill.

Bill met Jeanne in Texas and not long after, they were married…and settled in Iowa. They have six wonderful kids and are farming near Waterloo. After twenty years, we finally made the trek down to see where they lived, and had a great time! Bill spends his spare time hunting, taking in his kids’ sporting events, and dabbling in politics. He always has an opinion about everything…and you should listen up, because they are good opinions! Did I tell you he is very smart? He has won trips all over the world (well, Paris for sure) just by knowing all the right answers. I have no idea what the forum was all about, but Bill came out on top and was able to go to Paris with Jeanne. How special is that?

It’s always easy to forget your birthday, in the midst of all the busy-ness of Christmas, Bill! But I am remembering you today. 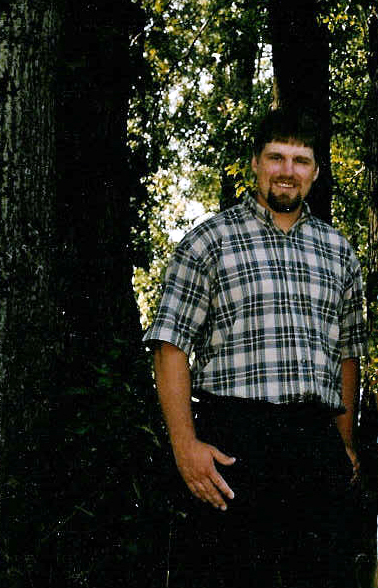 You are a special brother…you are my Prince William. And you did grow up in a position of privilege…we all did! We were privileged to be introduced to Jesus…who is the Reason for this season.

So have yourself a very happy birthday, Bill!