In our country...the second Monday of October is a national holiday...'a day of general thanksgiving to the Almighty God for the bountiful harvest with which Canada has been blessed'. 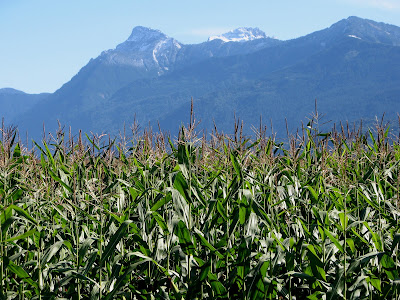 We personalize that over here on the farm...and are most grateful for the harvest which was completed just days ago....and is safely stored in the barns for winter.

And as we look back over the events of the past year...we are again reminded that God is good...and we have been abundantly blessed.

We gathered as a family around the table yesterday...all thirteen of us at a table that seats fourteen. It should be full to capacity very shortly...but we know there's always room at the table!

We each shared something for which we were thankful...and in most every case that 'something' was not a thing but a person. It's people...not things...that matter most in the end.
Although most of us are quite enthusiastic about turkey dinner...and gladly enjoy several of them over the Thanksgiving weekend... 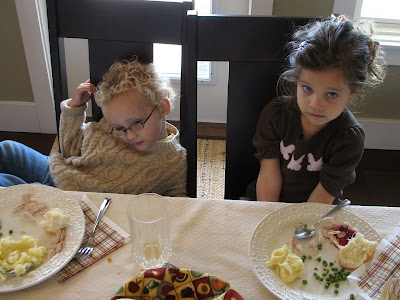 ...the under-four-crowd was more interested in going to play than in cleaning up the plate. Ranen was beginning to complain about the things she didn't really like...and mommy suggested she be a little more positive. She said, "Well I like all the people!" She too has figured out that family matters more than the food we eat or the stuff we collect.
Since we were all together...we started a few birthday celebrations ahead of schedule. Emme and Spencer have almost a month before they turn eight...but it was decided they would get their birthday gifts early this year. 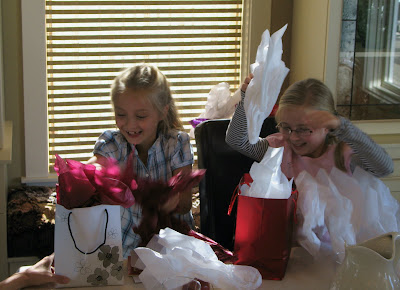 They seemed to think opening gifts early was a fine idea... 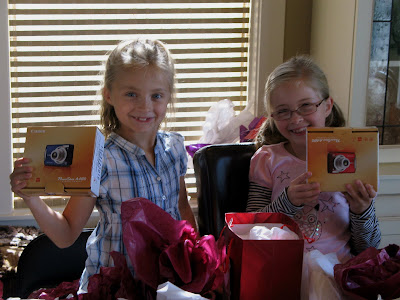 ...and were quite thrilled with their new cameras! They have plans to visit a magical place next week...a place where their new cameras will come in very handy. (I'm still thinking Canon might be wise to sponsor this blog...as I continue to advertise freely on their behalf!)
And since Auntie Heidi will be celebrating her birthday in a faraway place next week...she got her gift early as well. 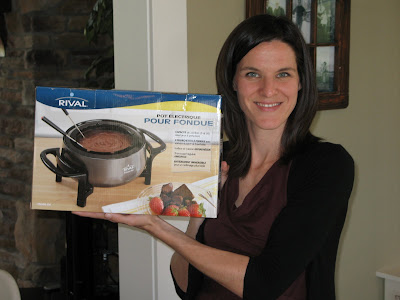 And when I need to borrow an electric fondue...I now know three doors I can knock on!
The meal was done...the gifts were opened...now finally the young'uns could go out and play... 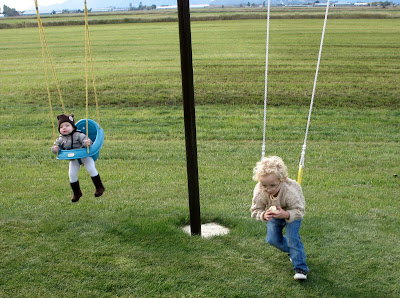 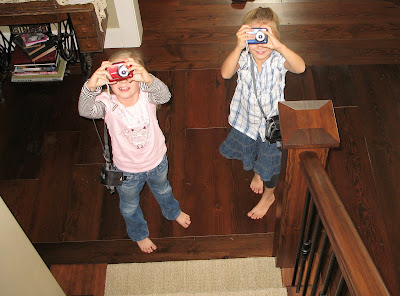 The budding photographers spent the afternoon honing their skills...and moved to the barn to practise on the animals at chore time. It's about preserving the memories...and what fun they are having.

Thanksgiving Day 2009 came and went...but it will not soon be forgotten. In most of British Columbia...it will go down has the coldest Thanksgiving Day on record. But that was outside...inside it was nice and warm!
And here's my post-holiday favorite...after cooking up a storm on the weekend...there will be no cooking until the leftovers are gone!