My latest kitchen fiasco was almost funny...I said almost! It was rather like a scene from the movie I was about to watch later in the day. But I too can move on...and learn from my mistakes.

Early that particular morning I tried out a new recipe...which happened to look quite nice in the picture...and sounded like it would hit the spot. 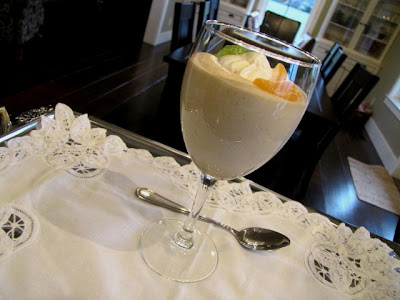 Many hours later a tray of lovely looking white chocolate cappuccino mousse parfaits sat in refrigeration...still waiting to set up.

Here's what I learned... 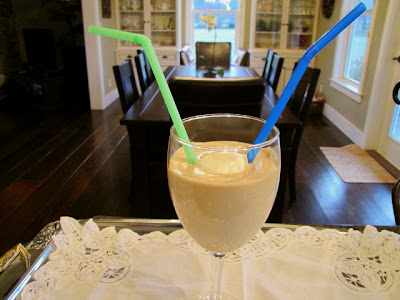 Throw in a straw or two...call it 'white chocolate cappuccino frappuccino'...and serve it to hubby. He has a whole week's worth of dessert drinks in stock.

I also learned that I only like cooking when things turn out! Actually...I already knew that.

Email ThisBlogThis!Share to TwitterShare to FacebookShare to Pinterest
Labels: minutia of life, recipes