A little nostalgia...a little culture...a little music...and a lot of Canadian history...is what we were immersed in for a few pleasant hours over the weekend. Paper Wheat is a production of the theatre department of our local university...and in honour of their 30th anniversary...they are performing this Canadian play for the second time. 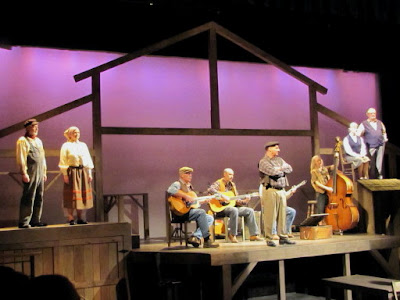 We saw it back in 1982 the first time around...and must have liked it, since we decided we should go see it again. Here's the funny thing......though it hardly seems that long since we last saw it...it was all new to us this weekend. We had forgotten more than we remembered!
In 1982 it was under the direction of Clint Hames...who was a young whipper snapper at the time. He has played on many stages since that time...including local politics...where he served as councillor and also as mayor for a time. He is back on stage with Paper Wheat...as director and actor. He managed to involve many of the actors and musicians who performed in the play the first time around... 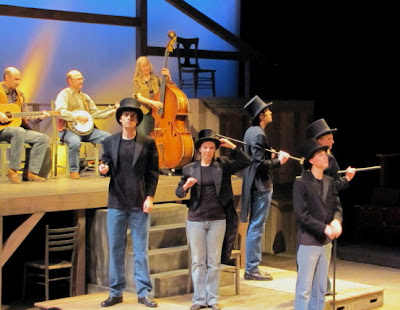 ...along with a wonderful caste of young actors. 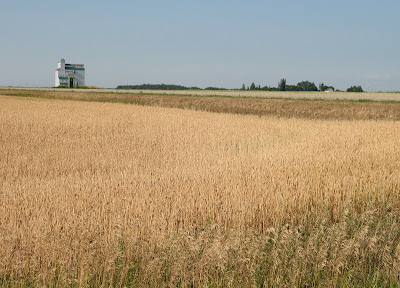 Paper Wheat follows the struggles of early homesteaders in western Canada and their gradual realization that isolation and economic helplessness could best be overcome by co-operation in institutions such as the Saskatchewan Wheat Pool and the Federated Co-operative....and credit unions. The audience is totally in support of the farmers and their co-operative effort...but we all left with questions as to what happened along the way. The co-ops and credit unions seem to have gone the way of the 'big business' they replaced.
The play is funny...and includes humorous glimpses into the lives of the early Canadian homesteaders. It was worth seeing...twice! I'm wondering which parts of Paper Wheat I will remember a few decades from now. A little comedy...a little history...it's all good.