While you were celebrating New Year's Eve as you are accustomed...we were having our own kind of party. 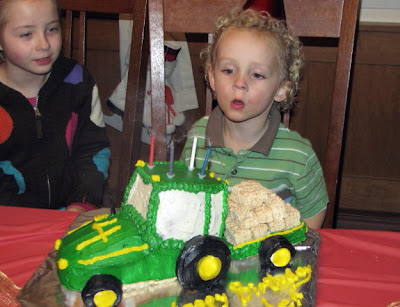 When a boy turns four, he wants a party! 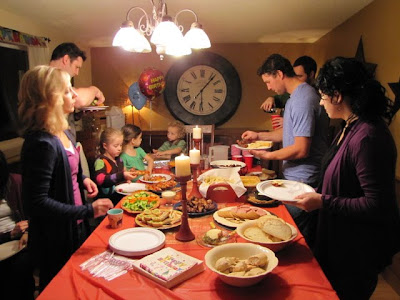 And so Ryder invited all of his cousins...his uncles and aunts...and his grammy and grandpa to come on over on New Year's Eve.

He rather likes tractors...and had wondered if grammy might make him a John Deere cake... 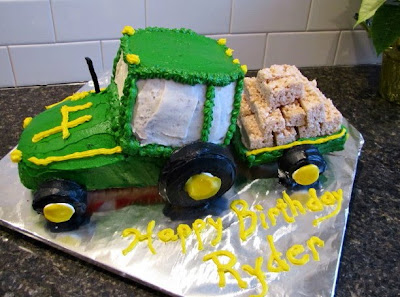 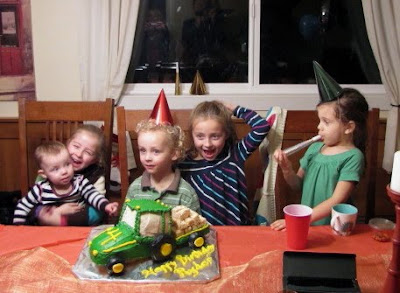 Green & yellow...with a chocolate interior...served up with a good helping of chocolate chip mint ice-cream...seemed to hit the spot. 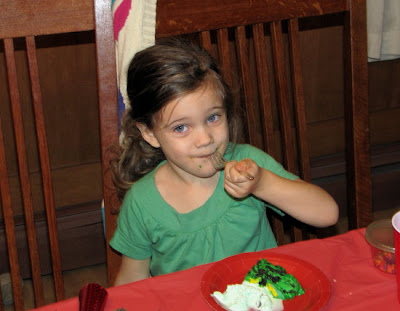 There wasn't much left for the scrap dealer! 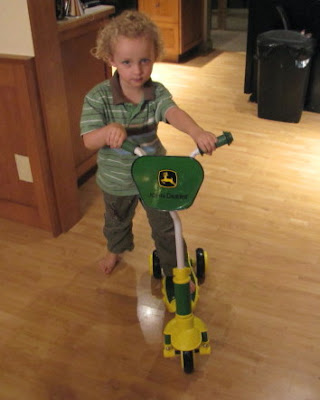 In keeping with the theme, Ryder got a new John Deere scooter...which got a test drive immediately...through the kitchen, living room and down the hall.

With it being New Year's Eve and all...the big kids thought they needed some party games as well and set up Rockband Special Edition...which comes complete with a drum set, guitar and microphone for the lead singer...and the game itself which plays on the big screen. 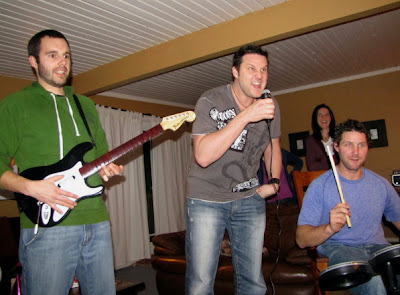 Before long...it was rather noisy in the house...as they tested their singing, drumming and guitar playing skills. We laughed...a lot! 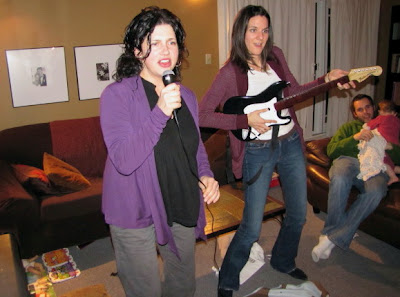 The all-girl band did just fine... 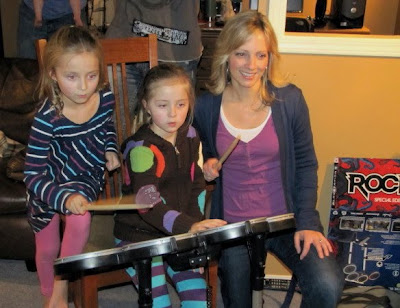 ...with a few young drummers making a great team. The wee ones were meant to be asleep...but it seemed the music was a little too loud...or the party was just too fun to miss...and so New Year's Eve was a late one for all! 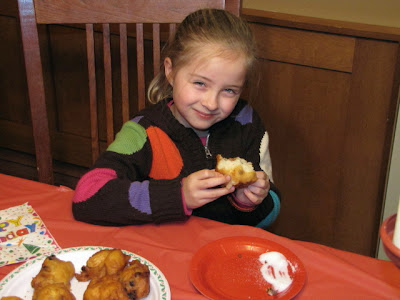 And...though there was plenty of birthday cake to go around...we couldn't pass up the New Year's fritters. They are tradition!
And so ended 2009...with our grandson's birthday celebration...with a lot of laughter and good food...in the company of family. I'm still smiling!