Yesterday was the first day of spring...and actually felt like it.  We decided it was a good day to go for a drive...and do a little hiking...and visit Golden Ears Provincial Park where we had never been before. The park is about an hour's drive from our home...in an area of beautiful rugged mountains of the coastal range.  It lies on the opposite side of the Fraser River from us...and somehow we just never head in that direction. Yesterday was the day!
We took our handy '52 Best Day Trips from Vancouver' guide with us...and set out on our adventure sometime after lunch.  We took our time...and stopped at Tim Horton's for coffee...thinking we had hours to hike before the sun would be setting. 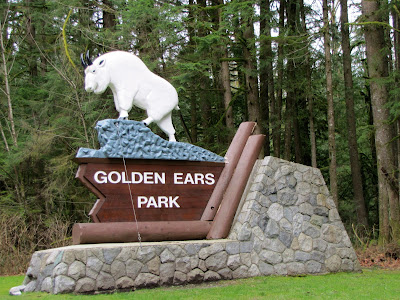 We arrived at the park entrance after 4 pm to discover that 'winter hours' were from 8 am until 5:30 pm...at which time the gates were locked.  The hike to the falls that we had planned would have taken two hours...so we were clearly too late.  It seemed B.C. Parks were still in winter mode...and we were not! 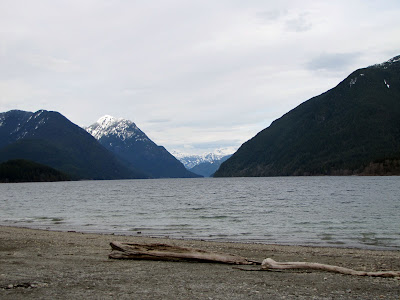 So we drove a few miles into the park...took a sneak peek at Allouette Lake...and carried on our way.  We'll be back to hike another day...when there is no threat of being locked in! 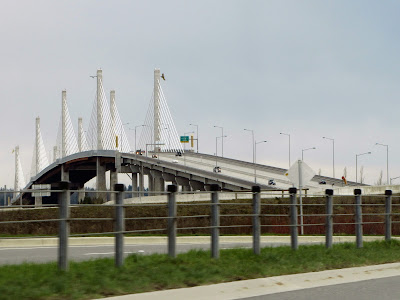 Our route home took us over the 'new' Golden Ears Bridge...which opened in the summer of 2009.  Prior to that time...the only way across the river at this point was a ferry. 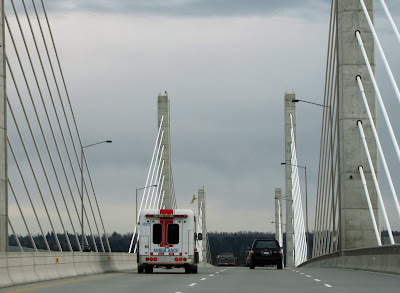 It was a quick trip across the river...almost free sailing (though we know we will be getting a bill in the mail sometime soon, since it is a toll bridge).
And that was how we spent the first day of spring. How about you?