Though we have been thinking spring will never arrive this year...yesterday was a lovely day.  I suggested we might put on our hiking boots and find somewhere interesting to walk.  Anywhere...would be an improvement over the view from my treadmill!

We headed east...thinking a walk around Cheam Wetlands would be a good idea.  But once we were on the freeway...we just kept on going and before long we were beyond Hope.  Hope is a pretty little river town about 30 minutes east of  'my front porch'. It has it's origins in the fur trade...and was once called Fort Hope.  It was a Hudson Bay Company trading post, built on a trail that linked Fort Langley and Fort Kamloops. 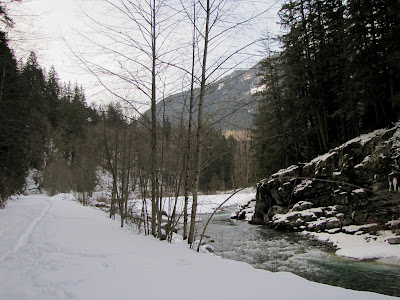 Just past Hope is Coquihalla Canyon Provincial Park...and that is where we stopped.  The trails which we have previously only walked in the summertime...were totally obscured with snow.   But a few had gone before...and we followed in their footsteps. 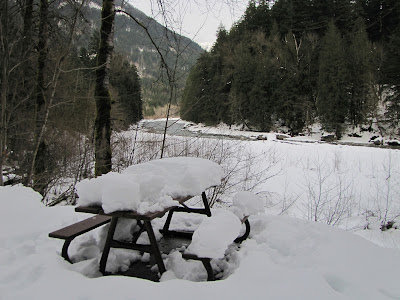 Though it was the perfect spot for a picnic...we thought better of it. 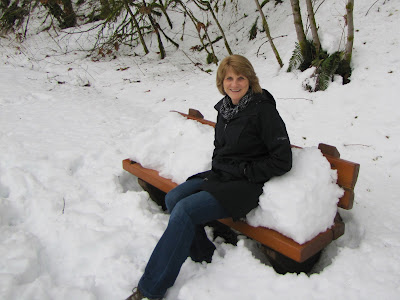 And the park bench was a little too cool for my liking! 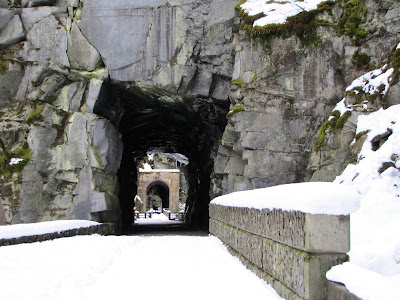 We re-lived a little piece of history as we strolled down the path that led to the famous Othello Tunnels.  The trail was once part of the Kettle Valley Railroad...a necessary rail link between the Kootenay Region of British Columbia and the coast. The railway was built over three mountain ranges.   The Coquihalla Gorge, where the river cuts a 300 foot deep channel of solid granite, proved to be a major challenge. In 1914 five tunnels were were built through this area to complete the track...at a cost of $300,000.  This is still considered the costliest mile of railway track in the world.
In 1965 the trains stopped running, and the residents of Hope removed the railroad ties and created a recreational trail.  It is now part of the Trans Canada Trail system, and also a provincial park.  The tunnels bring many tourists to the Hope area in the summertime......and even one or two in the winter! 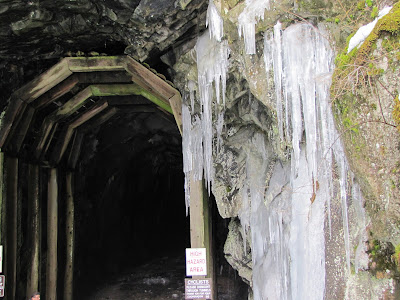 It is recommended that one brings a flashlight along...since it is pitch dark in the centre of the longest tunnel. 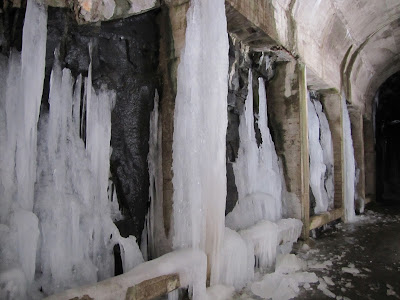 We of course were not that prepared...and so we did a lot of slipping and sliding in the dark.  The ice-art alone was worth the trip! 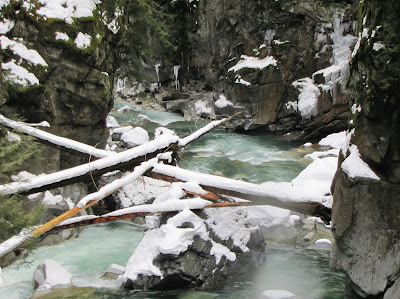 The trail along the Coquihalla River is most beautiful...featuring fantastic rock cliffs.  Many movies have been filmed at this location...Sylvester Stallone spent some time hanging over these very cliffs as Rambo. 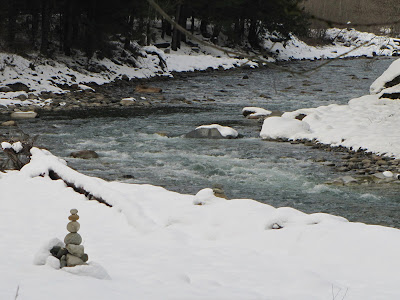 No need to build an inukshuk...someone had already thought of that! 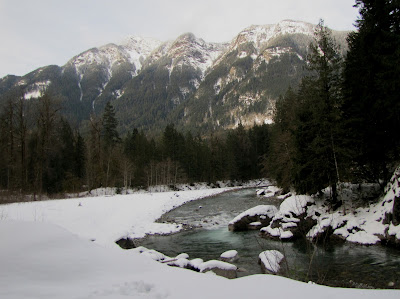 Summer or winter...it is a lovely spot to visit! 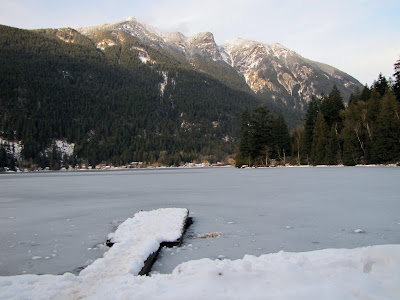 We drove by Kakawa Lake as we left the park...still covered in a layer of ice. 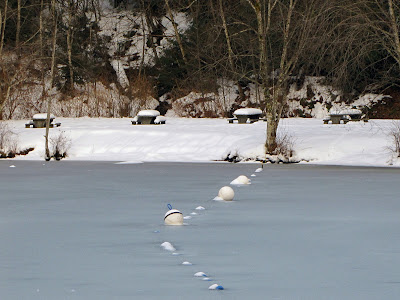 The last time we were here was in August a few years back...when we enjoyed a picnic with our Swiss friends.  A snow picnic wasn't in the plans...and we discovered that Hope has a new Tim Horton's and so we stopped there instead. 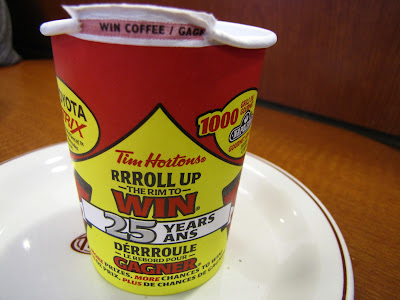 Tomorrow may just find me back in Africa.  It's high time I finished up our African travels!