the candy shop...OPEN at long last!

We don't give up so easily!  After five trips to the candy store...we finally arrived on a day that they were open.  It all began in July two years ago when we had a family reunion in the little village of Clayburn...and discovered they had a fabulous general store and tea shop, with the best selection of candy in this part of the world.  We promised the grands a trip to the candy store before we left for home...only to discover the store was closed on Sunday.  Fair enough!

One month later, we returned...with all the grands and all the moms.  It happened to be on a Monday...and they were closed!

During the Olympics of 2010, we took Emme, Spencer and Ryder to watch the Japanese speed skating team practise in Abbotsford...and stopped by the Clayburn General Store for a treat on the way home.  It was a Saturday...and they were closed (for winter vacation, or whatever).

Last May we made one more attempt. Emme was convinced the store would be closed on our arrival...and I assured her that couldn't possibly happen again.  And it did!  This time they were closed for pre-summer vacation. 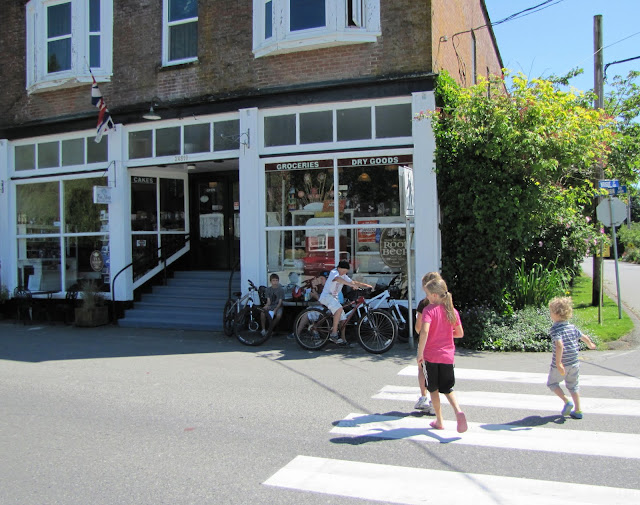 ...and there were no disappointments this time!  Do they look in a hurry to get inside? 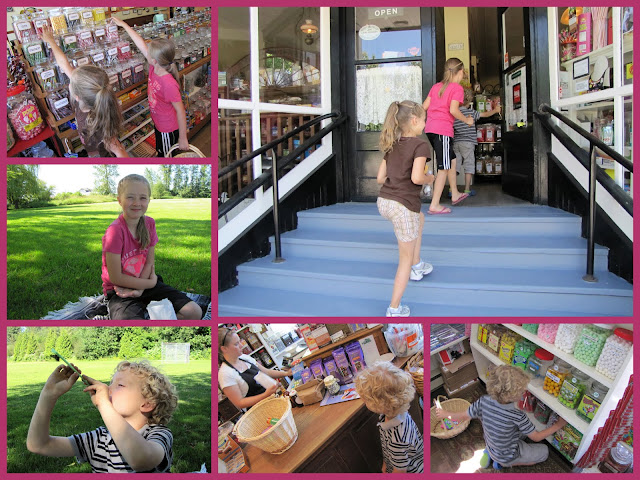 They just had the best time! 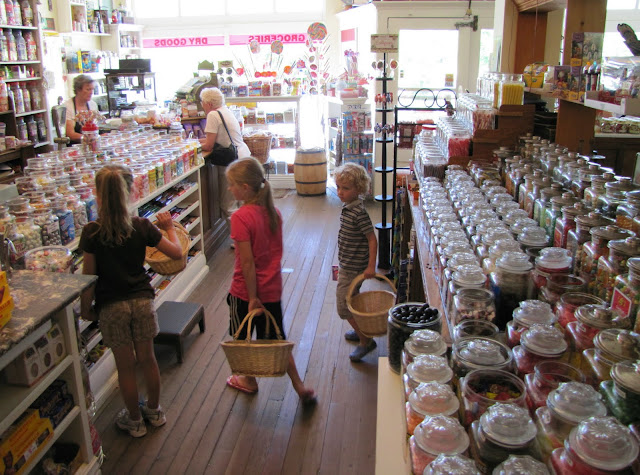 So many choices!  Emme and Spencer stocked up on candy for their summer business...the neighbourhood candy shoppe that they set up every summer. 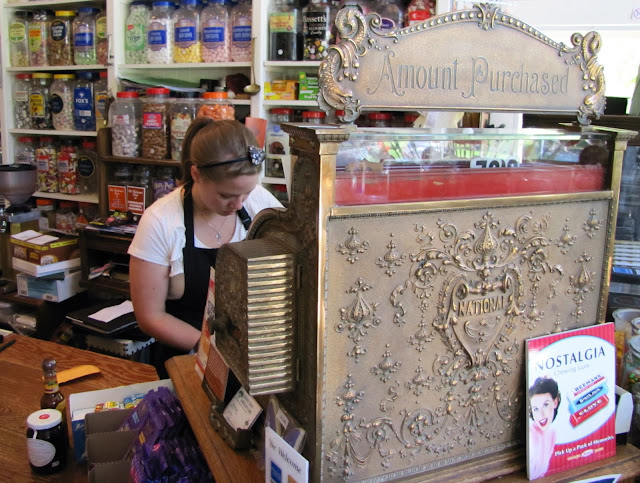 And once all the purchases were in the bag... 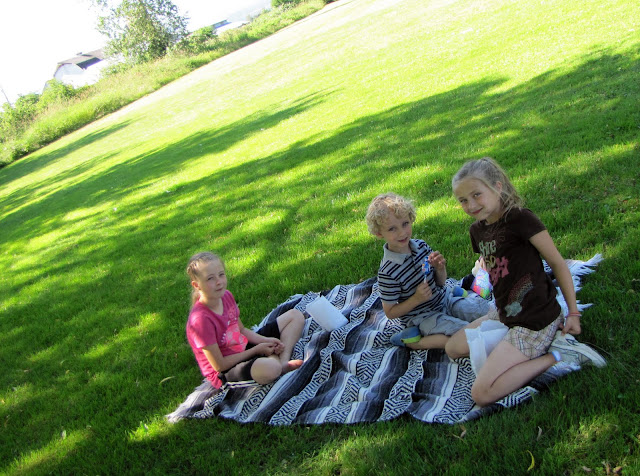 ...we walked across the road to the park to enjoy a sweet treat, or two!  We never stayed long though...since the mosquitoes thought we were sweet treats to be enjoyed. 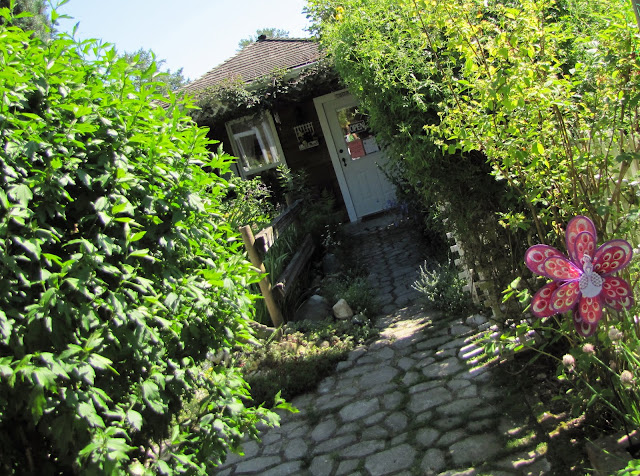 Before we left for home...we made a quick stop at the little soap shop in Clayburn.  I had a Groupon that needed to be redeemed.  The kids got candy...I got soap...and we all had a good time!

Clayburn  is a secluded little village at the foot of Sumas Mountain.  With it's brick buildings, neat gardens and picket fences it has that turn-of-the-century English feel about it. It was desgnated for conservation as a Heritage Site in 1996.  I think it's well worth a visit...or even five!  Oh...and I have three more grands that weren't along on the candy store expedition yesterday...so I'm sure we'll be visiting again.