Over the weekend we had a family reunion of sorts...a rather impromptu one. 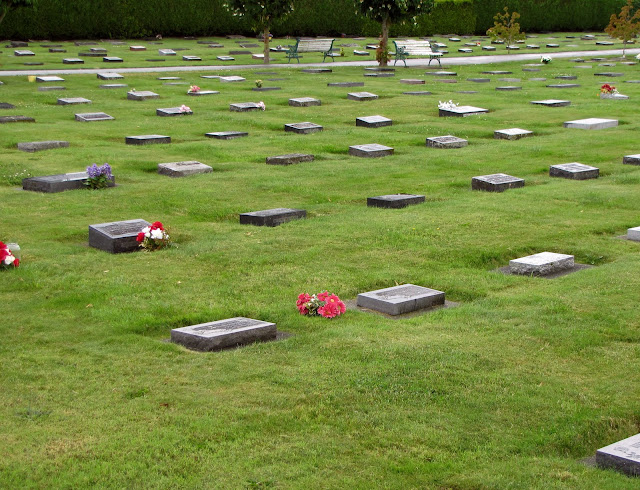 We gathered as a family at the cemetery...to bury Aunt Kay.  The weather was seemingly appropriate... 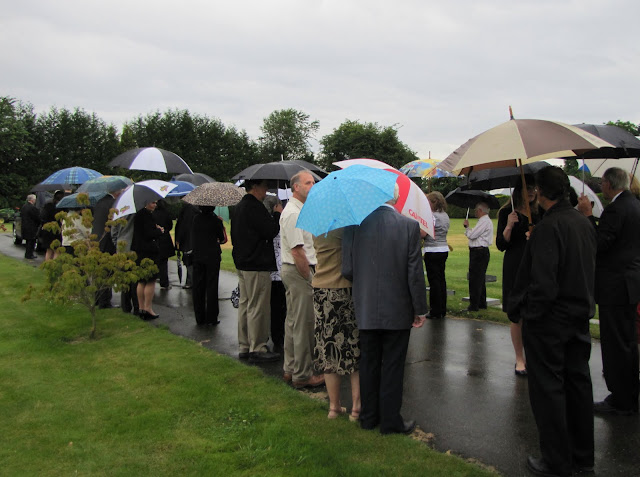 ...damp, drizzly and dreary.  Later in the day...we gathered at the church for a memorial service...a time of remembrance.  And what a good time it was!  Aunt Kay would have liked it...that  I know.

Two years ago...we celebrated Uncle George and Aunt Kay's 60th wedding anniversary.  I pictured them walking down the road into the sunset together...and hoped it would be a long and happy stroll.  In December Aunt Kay learned that she had inoperable cancer...and so she knew her days were numbered.  But she made the most of them!  I last visited her in her home a few months ago...and she was busy making blankets for her first great-grandchild due in July.  Though she had every intention of meeting the new family member...she thought she should complete her projects while she still felt up to it.  The baby is due to arrive any day.  Aunt Kay never got to meet her first great-grand.  Instead she was called home on the spur of the moment...and most of us never had a chance to bid her farewell.    But we know she is in a better place...and one day there will be a family reunion there...unlike any here on earth!  For now...we are left with the memories. 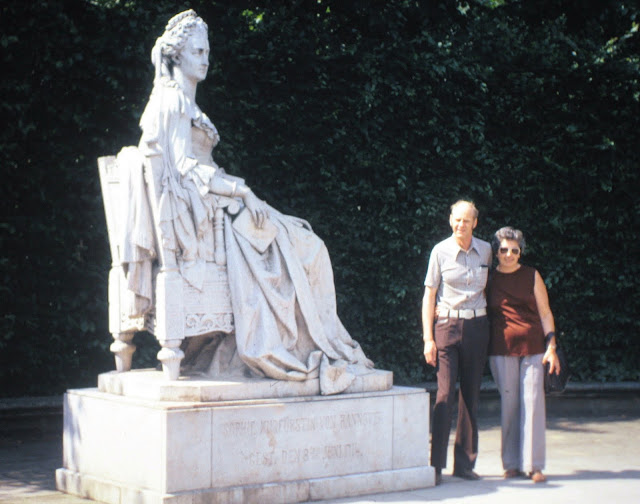 I found an old photo in our archives...of my uncle and aunt taken sometime in the 70's as they toured Europe with my parents. Uncle George and Aunt Kay lived on a farm just down the road from us when I was growing up.  And so I have fond memories of time spent at their place...sleepovers in a tent, building forts on the ditch bank, watching TV in their living room well before we had one at home, and enjoying good food at Aunt Kay's table.  In those days they looked rather like they do in the photo above.

Over these last years, her grandkids were the love her her life.  I often met Aunt Kay at the fabric store...always buying supplies to sew something special for her granddaughters.  She also showered others with her hand-made gifts.  When our twin granddaughters were born almost ten years ago...Aunt Kay made them each a fleece baby blanket.  For some reason those became Emme and Spencer's favorite blankees and they couldn't sleep without them for many years.  The fleece became pilled...the teddy bear pattern faded...but the blankets got better with age (so the girls thought).  They still have their blankees...and when I told their mom that Aunt Kay had passed away she said, "Aw.  I must tell the girls.  They will sleep with their blankees tonight." 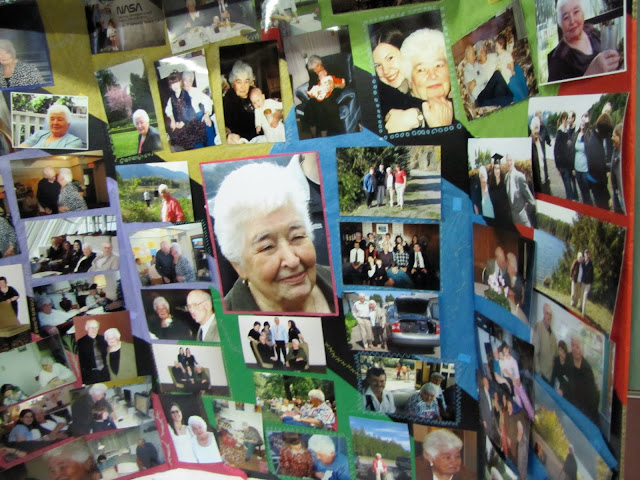 Aunt Kay is gone.  Uncle George now walks alone.  Lynn and John, Pat, Randy and Cindy, and Brenda and Matt will no longer be gathering around the table to enjoy their mom's cooking.  Goeff, Greg, Deb and Gary, Stephanie and Kayanne will miss their grandmother's prayers.  But they all have wonderful memories. 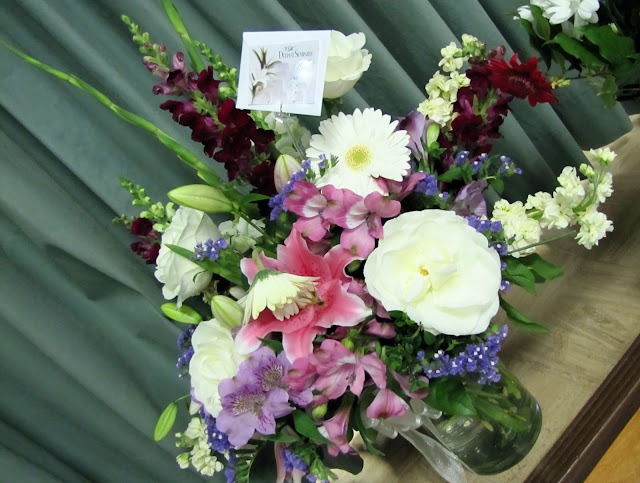 They grieve...but not as those who have no hope!