a most memorable getaway...

The bags were packed...and we left for the airport. I knew only that where I was headed it was warm in the daytime and cool at night...and to bring along some nice clothes. 'Like what you would wear for a wedding.'  Hmmm.

We had to be going south...since I live in one of the mildest spots in Canada...and it was anything but warm! We left home before the blizzard closed the roads.  Just before we checked in at the airport...Marg and I finally found out where we were off to.


Two Canadian girls...celebrating a milestone birthday...were on their way to Las Vegas to hear the Canadian Celine Dion in concert. 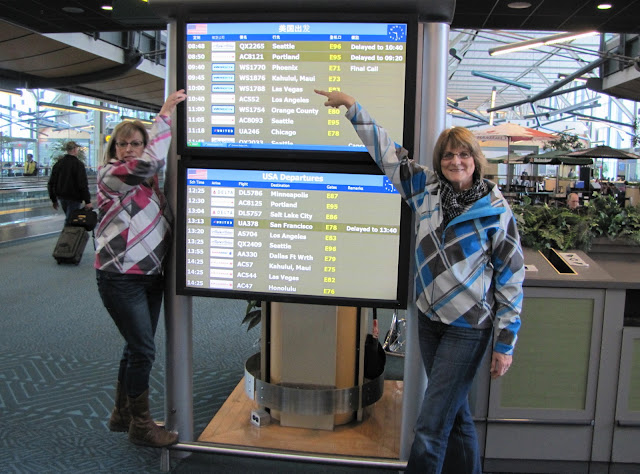 We had a little too much time to spend at YVR before boarding...and found these jackets which seemed just perfect for the trip.  And they were! We could always be spotted in the sea of black jackets. 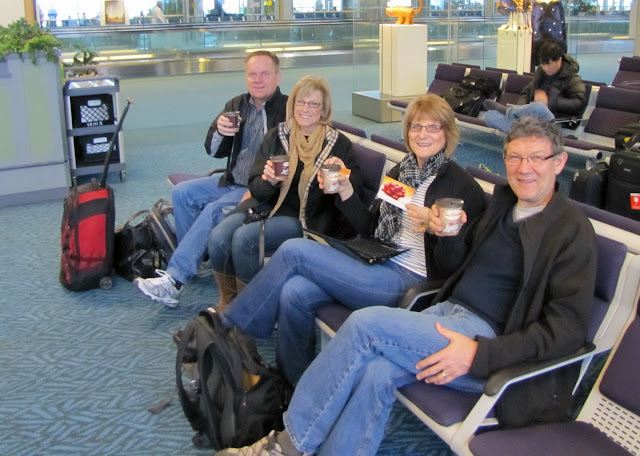 Before the 'jacket shopping' spree...we enjoyed a cup of Tim Horton's coffee at YVR compliments of our friend Betty.  Thanks, Betty...from all of us!

So how exactly would we spend a few days in Vegas...if we don't gamble?  Here's how...

We spent an entire day touring the city...doing the open top bus tour...and learning about the history, the architecture and all else Vegas. Who would have known that they have more than 300 days of sunshine...or that the construction of the Hoover Dam was what really put this city on the map...or that most of the 10 biggest hotels in the world are situated in Vegas? We checked out many of them. We spent a day driving about the countryside...visiting the Red Rock Canyon.  We rode to the top of the Eiffel Tower (Paris Las Vegas)...enjoyed the views...and sampled some fabulous French desserts in their restaurant. We had lunch at a sidewalk bistro and basked in the sunshine while watching the crowds of people passing by. We enjoyed Italian, Chinese and French cuisine...and American of course.

And on our final evening, we took in the concert that we came for. It was a great way to end our stay...most special!  There is a good reason she is the best-selling Canadian artist of all time. Since my camera was under safekeeping in 'guest relations' at the Coliseum at Caesar's Palace throughout the concert...I don't really have proof that we were actually there. They didn't seem to think Marg's camera needed confiscating...so she may have a few pictures that she is willing to share. I knew I was in trouble when I saw the 'No cameras allowed inside' sign. I rationalized that there was no way they could take my camera...since most all of the concert goers had cell phones cameras on their being. They searched bags...and allowed most ticket holders through with a warning not to photograph the concert. I was not so lucky!


We packed so much into our time there...and stayed up far too late every night. The games that we had brought along to play in our downtime were never unpacked...the books remained closed...and we never checked out the gym or the pool deck at our hotel. Oh...and we never went shopping!  And who knew one could visit LasVegas without leaving one cent in the casino?  That part was easy!  We saw the highlights of Vegas...and turned a blind eye to those things that give the city it's reputation. 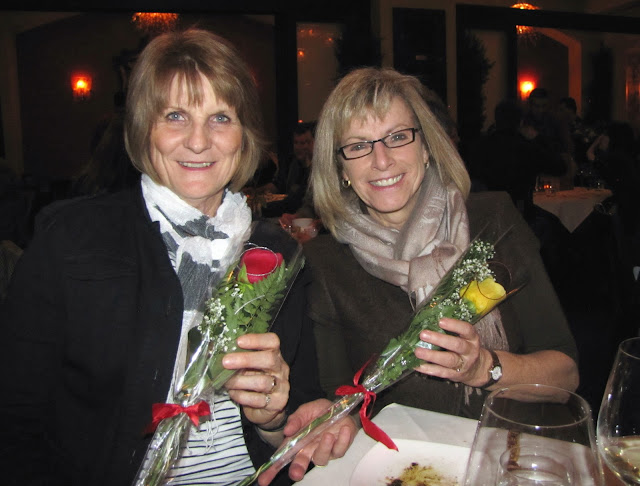 We had a most memorable sixtieth birthday.  Thanks guys!  I'll take you on the city tour one of these days.

We arrived home on Saturday evening...quite curious as to what we would find.  After a week of blizzards, blowing snow, and then freezing rain...the temperature was a balmy 7°C in the Fraser Valley and the snow was rapidly turning to slush.  Thankfully, Jeremy had cleared a path into our yard...or we would have been stranded on the road. 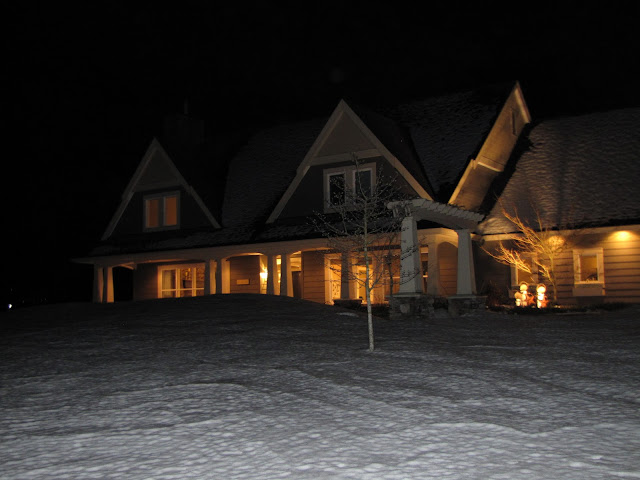 As for the sidewalks...they were under huge drifts. 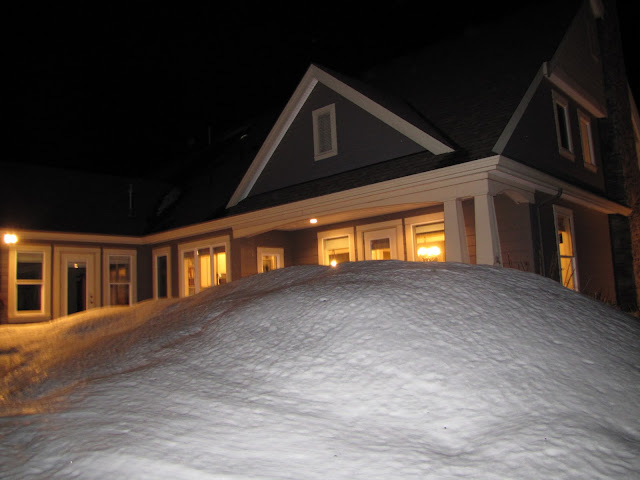 The front and back doors to the house were inaccessible...so we entered through the garage.  Sunday was a day of rest...and today we will shovel.

And that is a synopsis of my comings and goings last week.  Thank-you so much...all my blogging friends...for the kind wishes and messages you sent my way.  Oh...and being sixty is just fine.  So far!