the week that sailed by....

Where do the days go?  They seemed to disappear like the snow this past week.   The week was filled with many good things...and never a dull moment.  As for the snow... 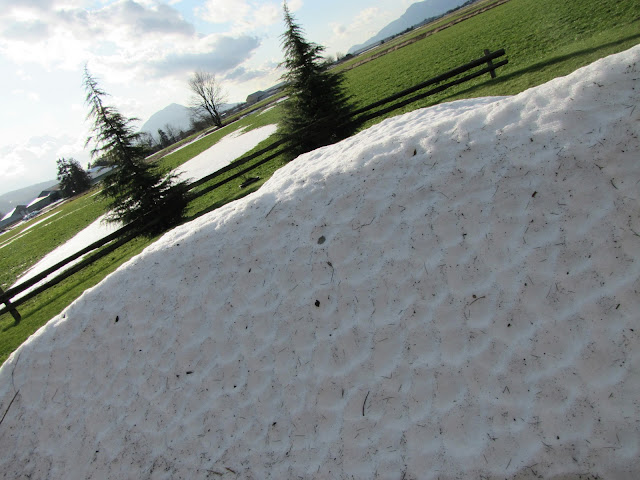 ...the fields are looking mighty green...and the big drifts are shrinking fast!

For the second time in as many weeks...we had the opportunity (or obligation) to put on our fancier duds.  We joined some of our agricultural friends (translated 'farmers') at an Ag Gala in the valley.  We had never been before...but heard it was a fabulous event...so we decided to check it out. 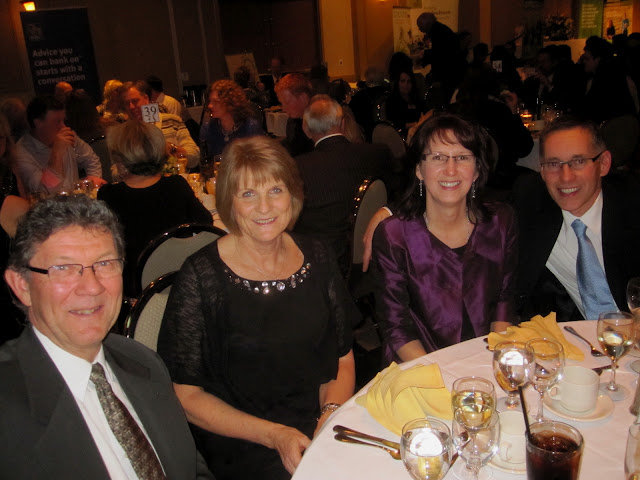 We found some other farmer friends we knew and joined them at their table!

The keynote speaker who was to be flown in from 'who knows where' had an accident the preceding day...and so they scrambled to find someone to fill his spot.  I have no idea who was scheduled to speak...but I sure enjoyed the 'fill-in'!  I have heard Colin Angus interviewed in the media before...and read his book called 'Lost in Mongolia'...but here he was in real life.  He has been named National Geographic 'Adventurer of the Year'....and has authored five books and produced several documentaries.  He shared snippets of his journey around the world by human power...walking, biking, and rowing across the Atlantic Ocean.  Just incredible!  He's a Canadian...from British Columbia...and his message was to follow your dream...one step at a time. I think we could relate that to agriculture as well. 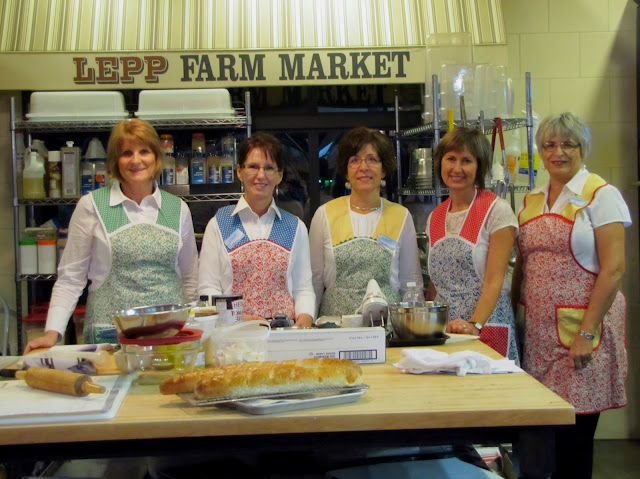 Judy, Lovella, Kathy, Anneliese and Bev
This time we were preparing comfort foods for those who signed up for the January MGCC cooking class. Cabbage rolls, garlic mashed potatoes, green salad, french bread and bodentorte...does that not sound like a perfect winter feast? We had a fun time!  Oh...and if you are interested in signing up for the next class...it looks like we may be doing another one on March 22.  You can learn to bake paska just in time for Easter! 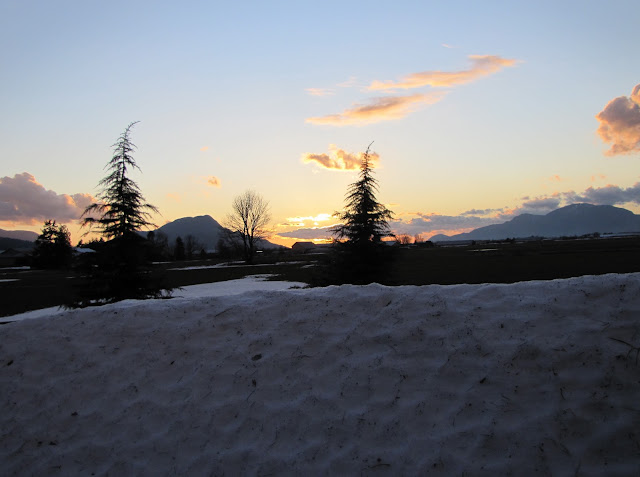 And now the weekend is upon us.  I'm not sure where Lovella is heading for supper tonight...but I know I'll be home.  The grands are coming to visit.


Have a great weekend!