The first weekend in May has come and gone...
and there couldn't have been a finer one! 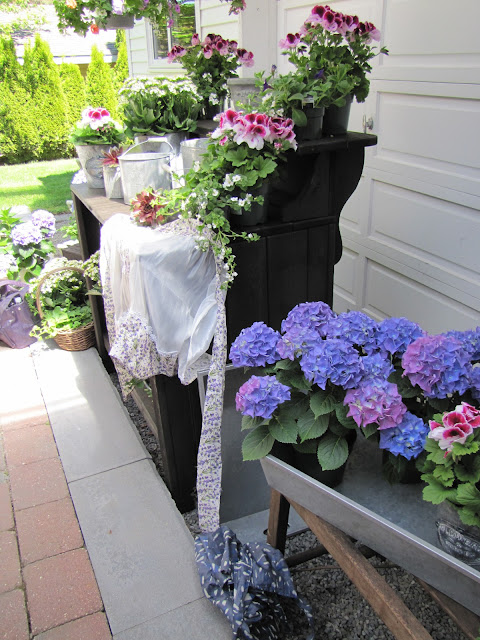 Sunshine, blue skies and almost sizzling temperatures...
...and a weekend spent in the company of good friends
as we celebrated the release of the MGCC Celebrations cookbook.

Since I was scheduled to do today's post on the MGCC blog...
I'll will let you go over there and read all about it. 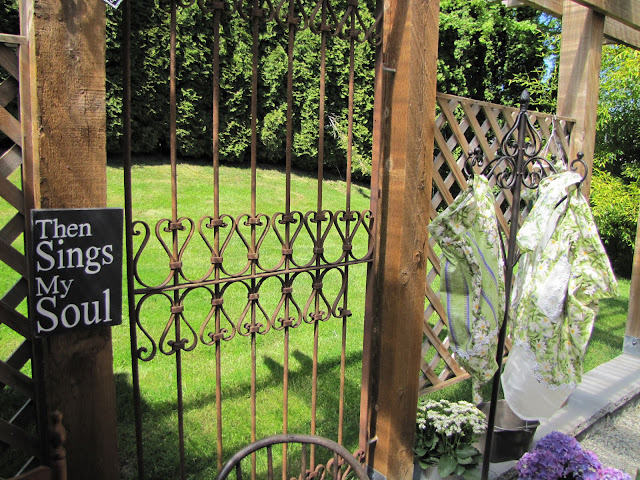 But I'll share a few stories over here...
that have not yet been told.

By Friday afternoon we were all ten in the valley. 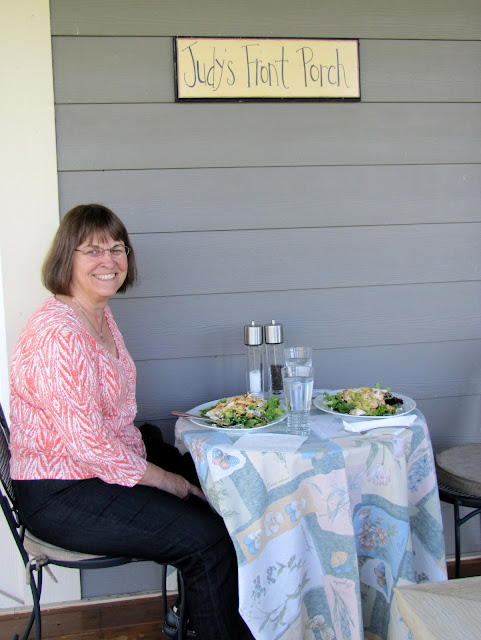 Ellen drove up from Seattle...
and joined me for a quick dinner on 'my front porch' before we joined the rest at our first event. 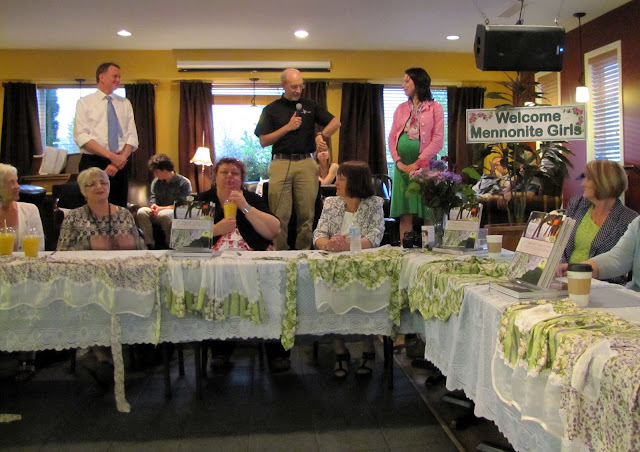 Our pubishers joined us for our celebrations...
and we met them at the House of James book signing on Friday night.
Ben...marketing director from Minnesota
Russ...from Menno Media headquarters in Virginia
Amy...our editor from Ohio 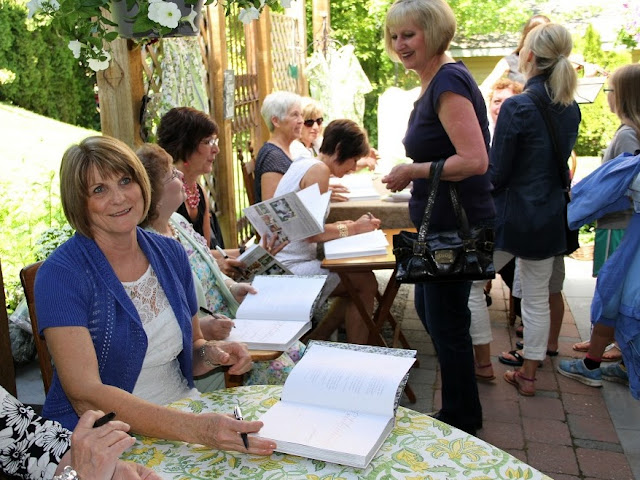 We signed a lot of books over the weekend...
and met a lot of wonderful people.
Let me share a few stories. 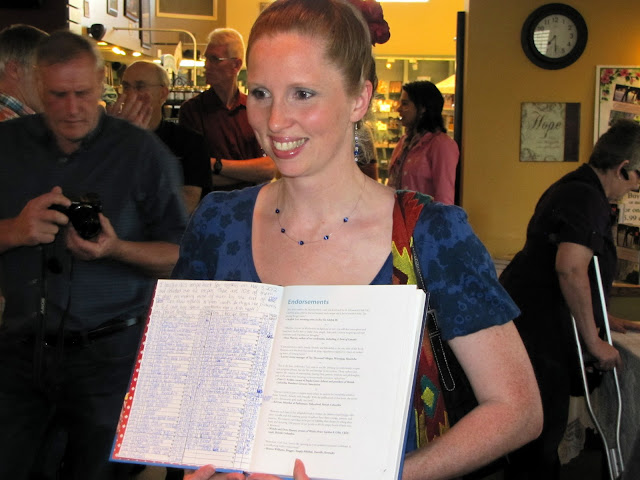 She came out on Friday night to have her new cookbook signed.
She also brought her first cookbook along to show us.
She is cooking her way through it from cover to cover...
and near the front of the book she has a chart where she notes each recipe as she cooks it.
She has only a few dozen left to go!
How fun is that.
She stayed for the evening and chatted.
That was her idea of a fun Friday night out!

Then there were these three...
who came out yesterday. 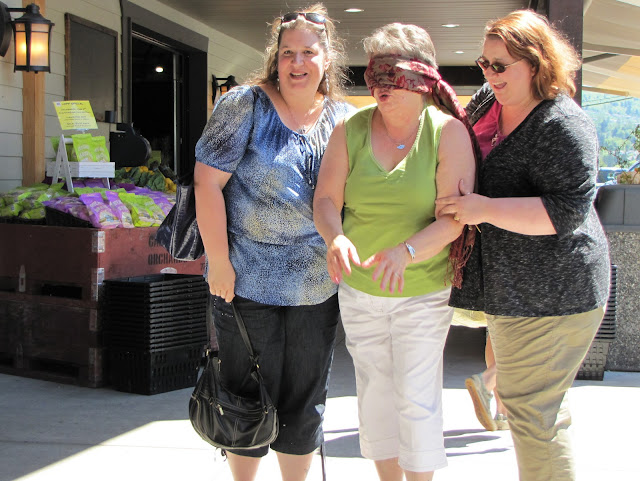 Sisters brought their mother to meet us as her Mother's Day gift.
Poor Mom had no idea where she was or what she was in for.
She almost panicked last minute...
as she thought she was about to go zip-lining.
Sorry, Mom...
nothing that exciting!

They removed her blindfold and she stood before us dumbfounded.
Who in the world were we...
and why was she here? 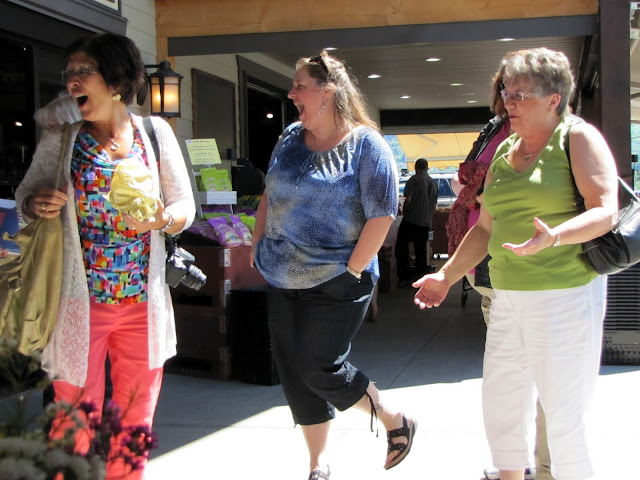 Then she saw the signs...
the books...
and it dawned on her.
We all had a good laugh! 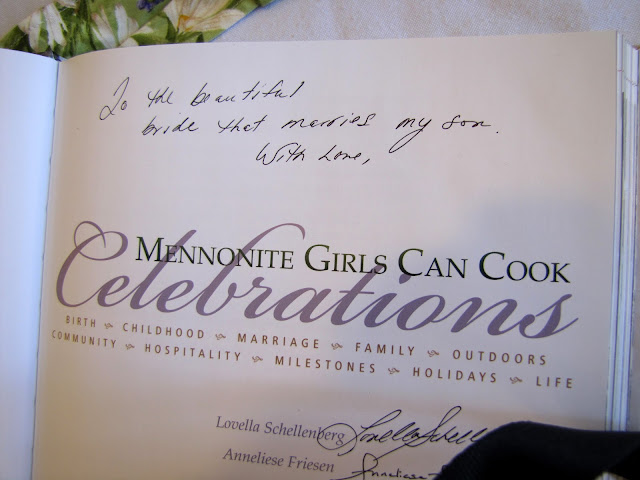 We chatted with a gal who was buying a cookbook for her future daughter-in-law.
I asked her when they were getting married.
She laughed and said her son would first have to find a suitable bride.
We got a good chuckle out of that one. 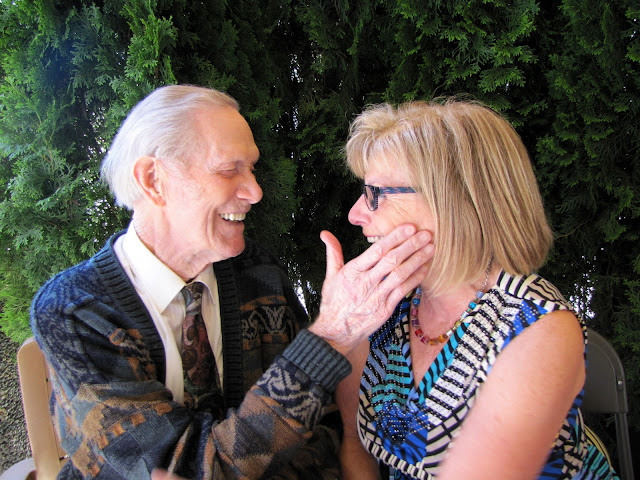 It was so nice to have our families pop by over the weekend.
They have been our biggest supporters.
Marg's father-in-law even came out...
at 101 years of age.
Wow!

One other fun story.
Chef Dez is a local food columnist and culinary instructor.
A well-known one...
whose classes are always packed out.
He was so kind as to write an endorsement for the Celebrations cookbook.
Over the weekend...
he was busy at a food fair somewhere...
but sent his wife and sweet children by to meet us.
He sent some books to be signed...
and asked that we 'write something nice to me!'
We got a chuckle out of that. 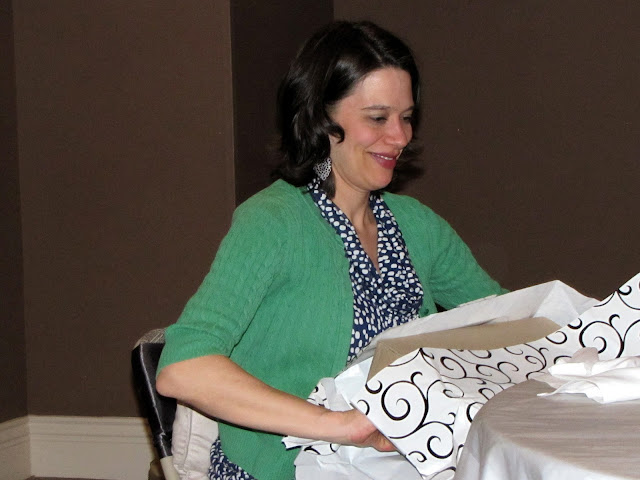 We had such a good time with Amy (our editorial director) over the weekend.
She will be welcoming a new arrival this summer...
and we sent her home with a few things for the new baby.
Oh...and something for big sister as well. 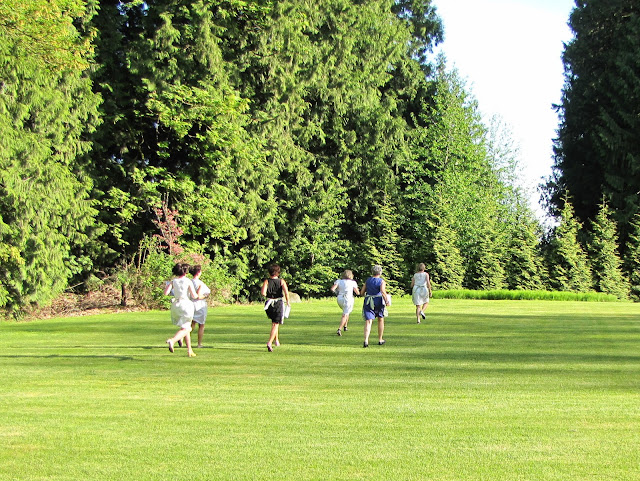 I have no idea how that came about..
but after sitting all day we took Marg up on her silly idea to run a few laps before eating. 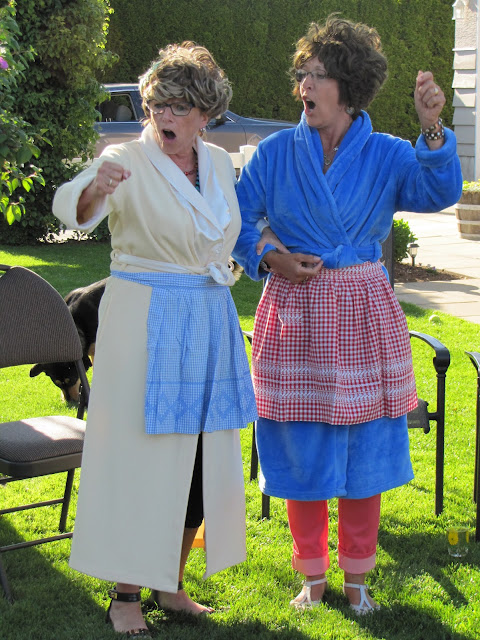 Oh...and these two showed up again before the weekend was over.
It seems their usual attire has been retired...
but we recognized them immediately in their robes and aprons.
They are quite a hoot...
those two! 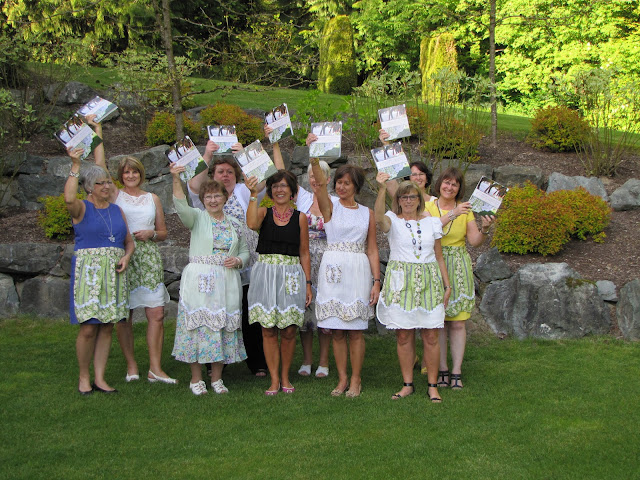 What more can I say?
It was a lot of fun...
our celebration weekend.
You might want to check out  CTV's Canada AM tomorrow (Tuesday) morning...
where Lovella and Anneliese will be featured live from Toronto.
Check your local listings...
and watch them live or set your recorders.
Their segment will be at 5:45 PST or 8:45 EST.

Have a wonderful Monday...
and enjoy that heavenly sunshine!