I spent a lot of time with my grands these past few days...and so for the most part...we played. 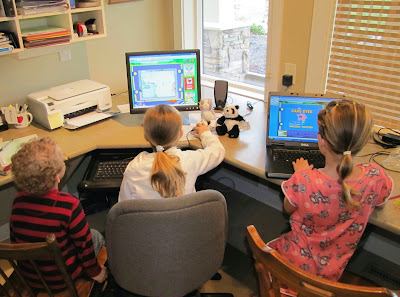 This kind of play is new to me...but they are quite capable of playing it all on their own. They were wondering if maybe Grandpa had a computer as well...as they were one short!

The three from next door were missing a mommy for a few days...and daddy still had his usual obligations...and so Grammy picked up the slack. 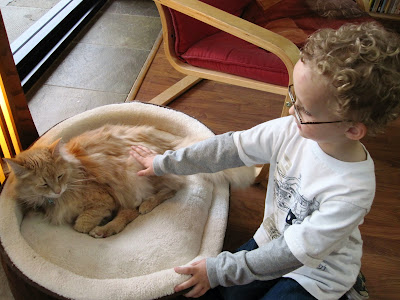 While the girls were in school...Ryder and Grammy found all kinds of ways to amuse themselves. We went to visit the Bookman...though I soon discovered that it was all about the cat in the basket and the mints on the counter...and not so much about the books! 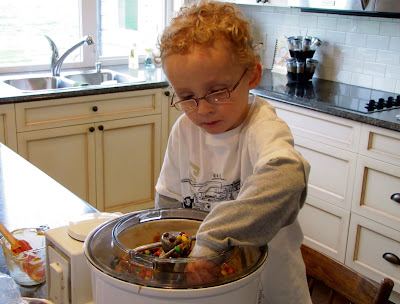 Ryder thought grandpa might like some cookies for coffee break...and was quite sure that grandpa wouldn't mind if they had M & M's in them this time...instead of raisins. 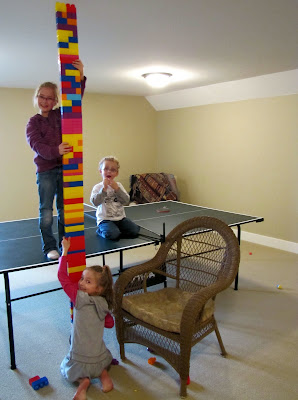 Once his sisters were home from school...the serious play began. With enough hands on deck...they built a tower that reached the ceiling! 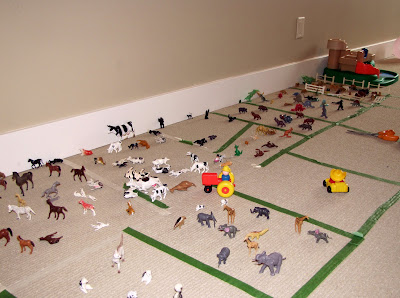 Next it was time to create a game farm...one where zoo animals and farm animals co-exist quite nicely! With fences made of masking tape...they soon had all the animals in their own pens. 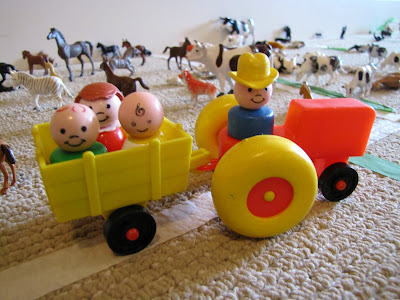 I explained to them that their farmer and his children were in the news just that day...together with a warning that all parents and grandparents dispose of any Fisher Price Little People that were manufactured prior to 1991. Since I know for a fact that this family has been with us since the 70's...I guess they are now illegal aliens...but they will stay. As I looked around at all the little farm animals...and the marbles in the marble game...I decided that the 'little people' were not really that much of a choking hazard. And I ask myself how my children ever survived to adulthood.
This I know...whether the toys or books are old or new seems not to matter to the grands. 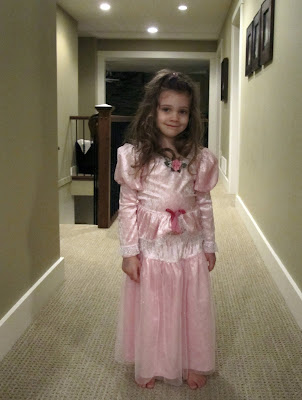 Playing dress-up does not require the latest in fashion! 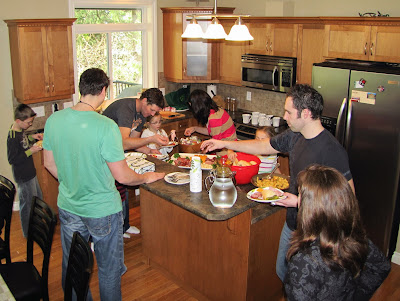 On Saturday we gathered the troops over at Tim and Heidi's for lunch. A niece was in town with her children...and it was a good excuse for us all to get-together and see the house now that they are all settled in.
Today...there will be no child's play. My dad is having eye surgery and I will see to it that he gets to the hospital and back safely.

Happy Monday to you!