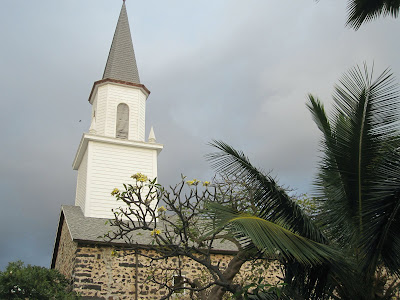 When they neared Jerusalem, having arrived at Bethphage on Mount Olives, Jesus sent two disciples with these instructions: "Go over to the village across from you. You'll find a donkey tethered there, her colt with her. Untie her and bring them to me. If anyone asks what you're doing, say, 'The Master needs them!' He will send them with you."

This is the full story of what was sketched earlier by the prophet:
Tell Zion's daughter,
"Look, your king's on his way,
poised and ready, mounted
On a donkey, on a colt,
foal of a pack animal."

The disciples went and did exactly what Jesus told them to do. They led the donkey and colt out, laid some of their clothes on them, and Jesus mounted. Nearly all the people in the crowd threw their garments down on the road, giving him a royal welcome. Others cut branches from the trees and threw them down as a welcome mat. Crowds went ahead and crowds followed, all of them calling out, "Hosanna to David's son!" "Blessed is he who comes in God's name!" "Hosanna in highest heaven!"

As he made his entrance into Jerusalem, the whole city was shaken. Unnerved, people were asking, "What's going on here? Who is this?"

The parade crowd answered, "This is the prophet Jesus, the one from Nazareth in Galilee."

Matthew 21:1-11 The Message
It's Palm Sunday...let's put on the garment of praise....and worship Him...King of Kings and Lord of Lords.