Dinotown...a fixture in our community for some thirty-five years...closed it's gates forever on Labour Day. It was apparently North America's only dinosaur themed amusement park...and entertained several million visitors through the years. 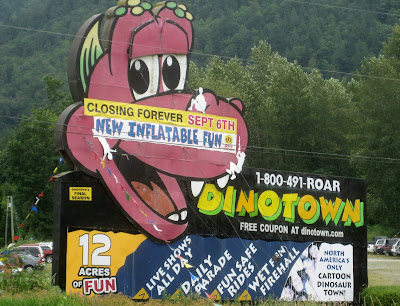 When the amusement park first opened...it was called the Flintstones. 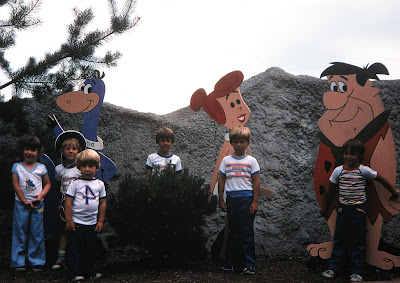 How well I remember fun times at the park with our children and their friends...photo 1979. 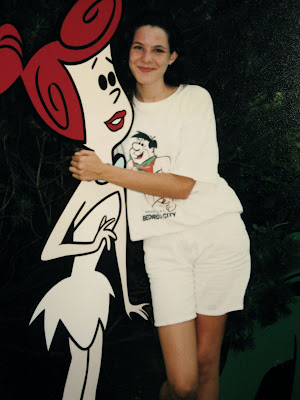 When Heidi was fourteen...she began working at the amusement park during the summer.  To her...it was more play than work...and she always hoped they would call her in on her days off! 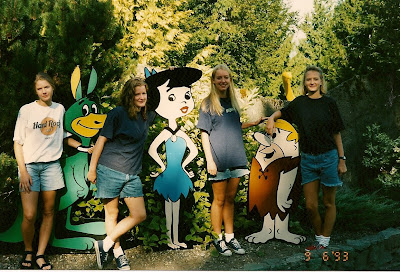 Her friends quite enjoyed visiting her at her workplace!
In 1995 the park opened for the season with a new theme...as a dinosaur theme park.  Heidi spent a few summers on the dinosaur stage...and can still do her song and dance for us.  Hearing it was the final season for Dinotown...she bought season's passes for herself and Magdelyn this year...and they visited the park many times this summer.  We joined them there on Friday...with Ryder and Ranen in tow... 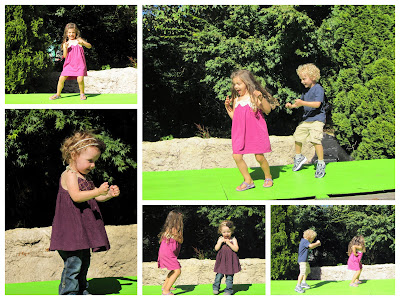 ...and a good time was had by all!  The stage was empty...and inviting...and so they put on their own stage show. 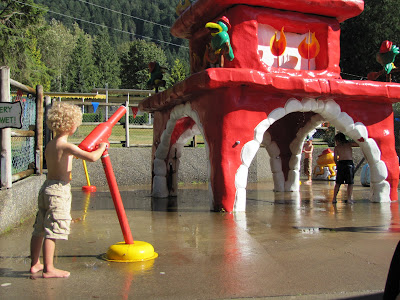 And the sun was shining...so the water park was irresistible. 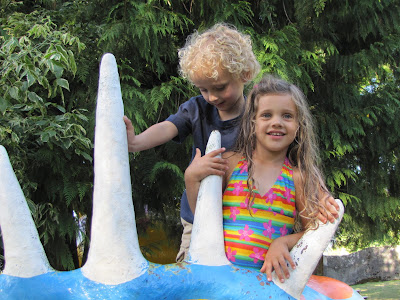 One last climb on the dinosaurs...one last romp in the bouncy castle...a last ride on the Dinotown train... 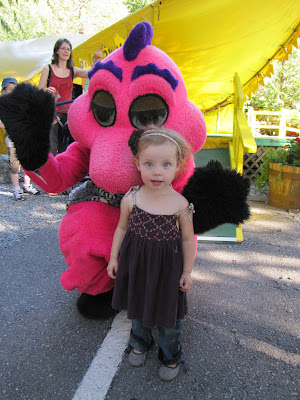 ...one last DeeDee hug...and a very good thing came to an end.
We will miss having Dinotown in our neighbourhood...but we will treasure the memories.