Over the weekend...I took in a local food festival which featured celebrity chefs on the main stage and samplings of menu items from popular local restaurants. 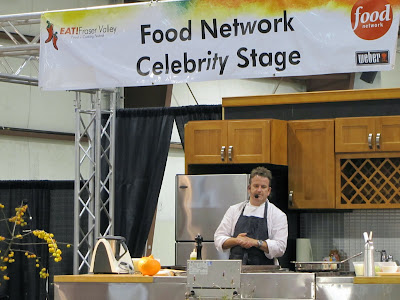 I watched Rob Feenie...Canada's Iron Chef...demo the Red Kuri Squash Soup that is found on the menu at all the Cactus Club Restaurants, where he happens to be the Food Concepts Architect (nice title!).  I didn't feel much like lining up to sample his soup... 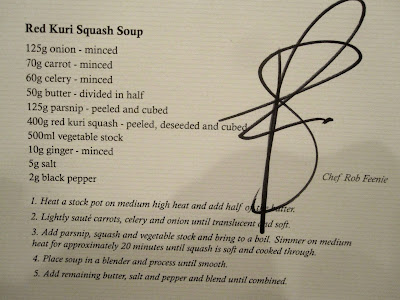 ...but I took home an autographed recipe card and thought I would gave it the taste-test in my own kitchen. 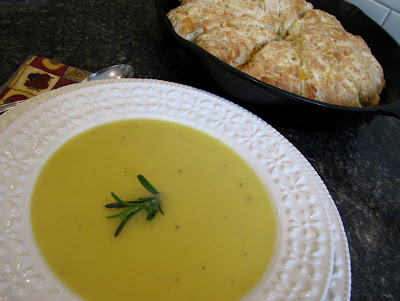 This is my adaptation of his soup...with which I took many liberties!   His recipe was a very rough guideline at best...since ingredients were listed by weight, which means little to me.  I used butternut squash, since that was handy...and apples instead of parsnips...and I forgot to add the carrot.  Though his recipe lists no cream...I saw him generously pouring in heavy cream...and so I did likewise.   We quite enjoyed our Rob Feenie inspired soup on a 'soupy Monday'! 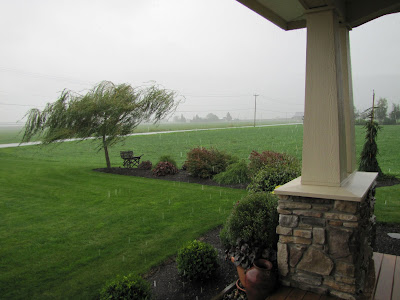 This has been the view from my front porch much too often this September!

One more thing.  If you happen to live in my part of the country...you might be interested in knowing that the Cactus Club is opening a restaurant in Abbotsford next spring. Oh...and if you go...be sure to check out their washrooms.  They are always special!