We started something...some six years ago with our first two grands.
We took them camping when they were two years old!
We've taken them every summer since...
but now we have a few more grands who don't want to be left out. 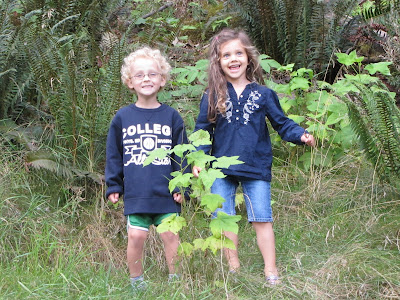 We took cousins Ryder and Ranen on a close-to-home one-nighter this weekend...
their second camping trip with Grammy and Grandpa.
Ryder informed Ranen that a cougar had killed a herd of sheep somewhere in these hills...
and so she was always looking over her shoulder. 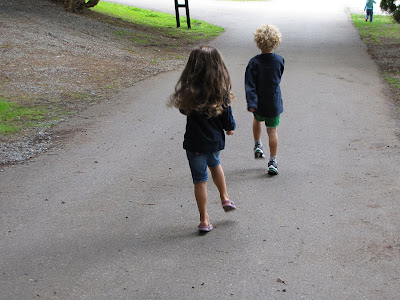 She wondered whether we knew there was a bad flood in Pakistan...
and the people had no homes and no money.
Pakistan is by India...she said.
This from a four year-old.
It's always amazing what little minds retain. 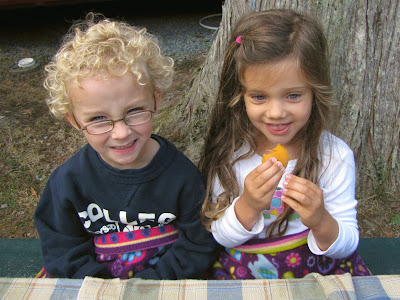 These campers really know how to get a good night's sleep..and we all slept until 8:30 am.
They woke up hungry and happy...and sorry the camping trip was almost over!
We took them home...
and picked up our seasoned campers for the next part of the weekend camping trip.
With Emme and Spencer we ventured a little further from home...
an RV park near the ocean. 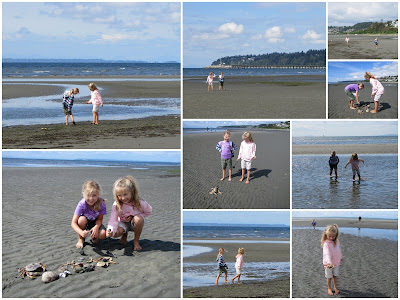 What fun they had beach combing!
They had full intentions of bringing home their findings for show and tell...
but by evening we decided that the smell would be more than we could bear in the RV...
and so they reluctantly parted with their trophies.
While we were beach combing...we kept an eye on our mat and our belongings.
There weren't many people near-by...and we thought we were being vigilant.
We weren't paying much attention to the seagulls, however...
and suddenly realized they were congregated around our mat. 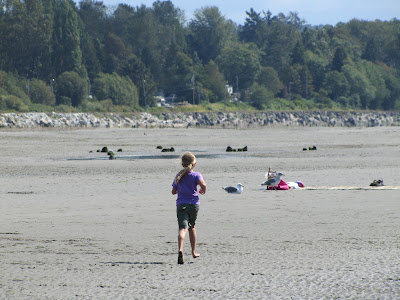 They girls took off on a run... 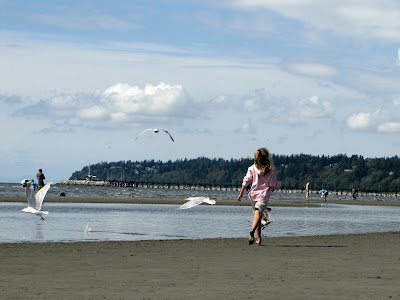 ...and scattered the gulls.
Unfortunately...we were a little late at our lunch table.
We were left with the packaging, the drinks and some plums.
It was not exactly the lunch we had planned. 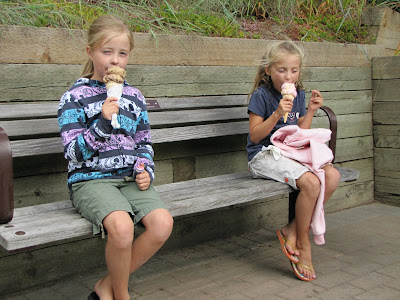 But we were in White Rock...where there is an ice-cream shop on every corner.
And so we had ice-cream.
Rolo supreme...and boo boo bubble gum.
It seemed everyone was happy with the arrangement. 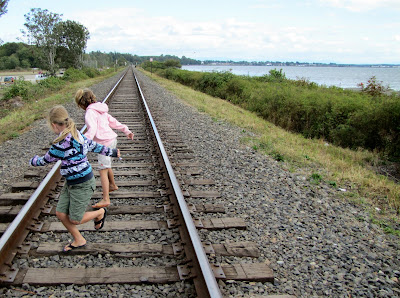 We walked the tracks back to our RV.
They make a game out of everything! 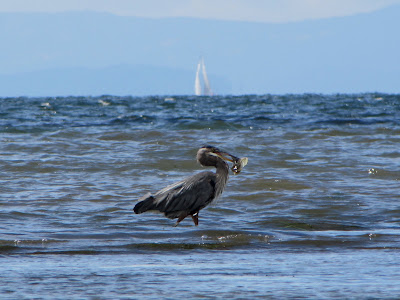 One last shot taken at White Rock...
a heron with his 'catch of the day'.
After a total campfire ban in our province for most of the summer...
we were so happy to be allowed a campfire in the evening. S'mores roasted on a BBQ just aren't quite the same.
What a fun time we had with the grands...
once again!
Today...summer is officially over as it is 'back to school' in our part of the world.