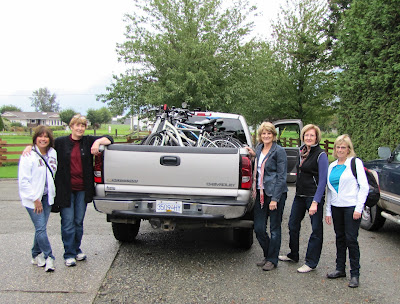 But we had faith and packed our bikes as planned on Friday...leaving for Whistler by lunchtime....in the rain.

Whistler was once a three-hour drive from our place.  On Friday it took us all afternoon...what with traffic delays...and a Tim Horton's break... 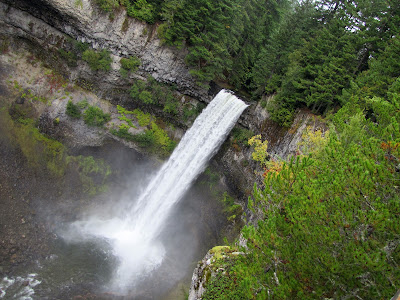 ...and a stop at Brandywine Falls.  Though I have seen those falls many times...I'm always game to stop for another quick peek! 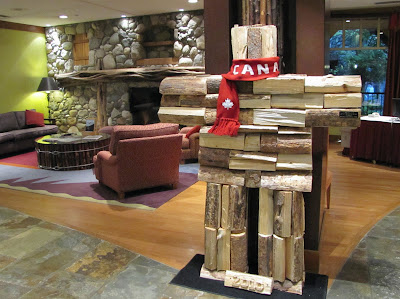 Our lodging was everything we had hoped it would be...and so 'Whistler!'  The rain continued all night...but about the time we were ready to leave for our bike ride the next day... 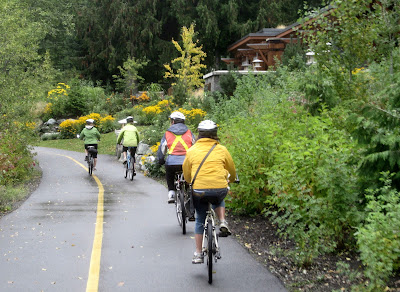 ...the clouds lifted a little...and we carried on our merry way!  The paved valley trail winds for 35 kms. in and around the village of Whistler...ideal for leisurely cycling and sightseeing. 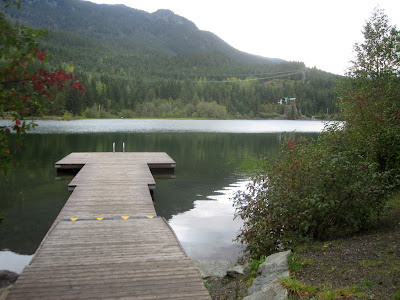 We followed it past lakes... 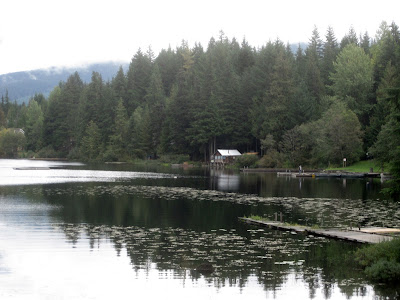 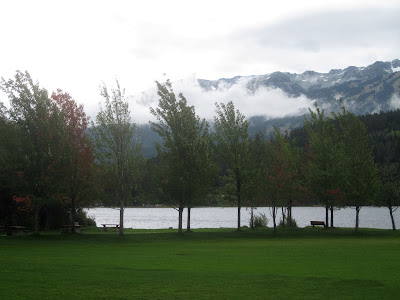 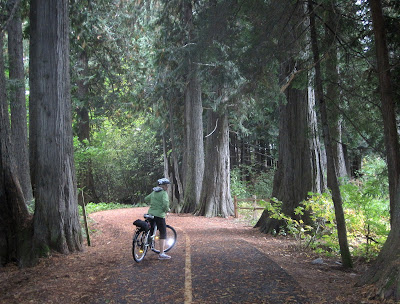 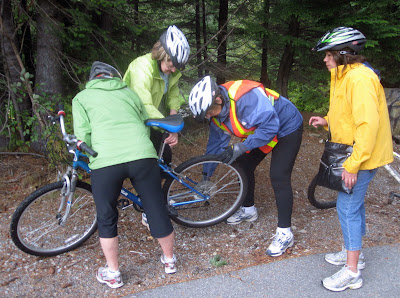 And we discovered that we can repair our own bikes.  What a team! 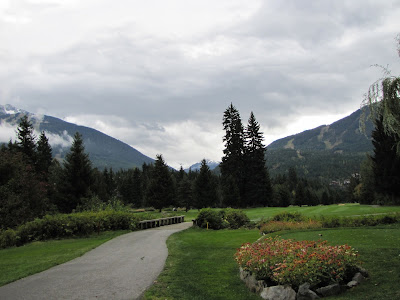 Though we had planned to check out the 'Peak to Peak' gondola...we could see from afar that there was no action between the peaks.  With a big storm approaching...the gondola was down for the day. No worries! We found plenty to do once we arrived in the village. 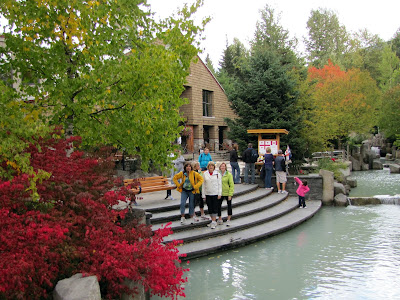 The fall colours were amazing...and we were so thankful the rains held off until our bike excursion was over (almost!).  Then the skies opened up...and we didn't care! 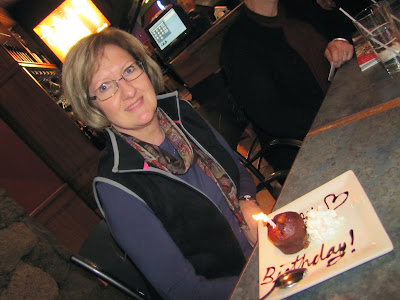 We had an excuse for a wonderful weekend getaway to Whistler.  Janet is celebrating a milestone birthday...soon...and we thought we should help her get the celebrations started!  It was a good time...all around.