It was months ago...that an invitation arrived in the mail. 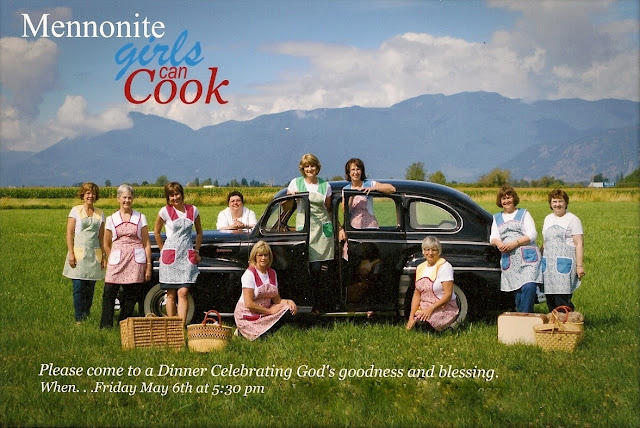 We had faith that the books would be off the press by May 6th...and that we would have something to celebrate.  We did! 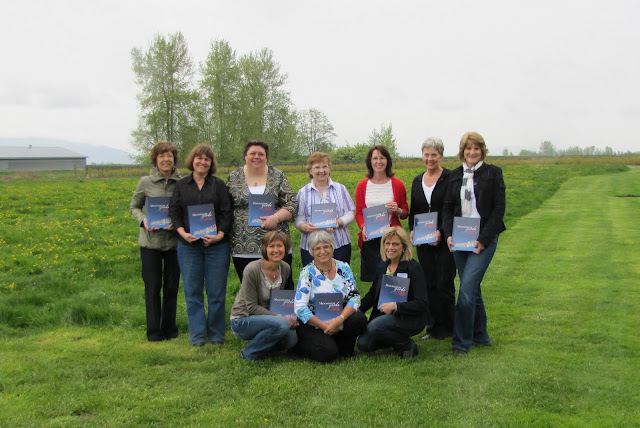 We left our aprons at home and met at Lovella's on Friday night for a fabulous evening.  Charlotte and Betty came from Manitoba...Ellen drove up from points south...and all ten of us and our hubbies (we were short one of those!) enjoyed a wonderful time together. 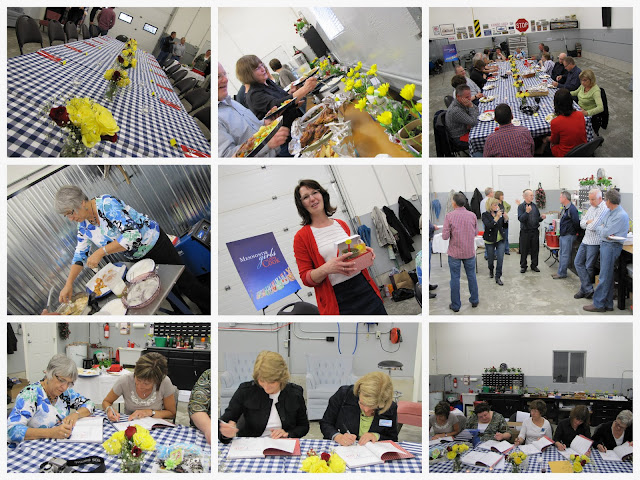 Their shop became our banquet hall for the evening...where we enjoyed a feast that went on for hours!  We started with appies...and coconut prawns straight out of the pan...and made our way through the buffet that included BBQ'd Cornish hens, cabbage rolls, an assortment of veggies and salads and ended with fresh fruits and rhubarb pie ala mode.  Though we eventually finished eating...we girls still had work to do.  There were stacks of books that needed signing...and by the time we were done, we were all more than ready to call it a day.  And the hubbies had long since finished with all the shop talk!

It was a wonderful, relaxed evening together.  And here is what I will always remember about that night.  Before we began our meal...we prayed together.  Charlotte speaks German beautifully...and prayed in German (both high German and low German).  Ellen said grace in the Russian language.  And then we all stood together and sang "Praise God from whom all blessings flow..." in four-part harmony.  And when the last note was sung...and the room was all silent...there were tears!  We were gathered together to celebrate the goodness of God...this was the most meaningful part of the evening.

On Saturday we were all up bright and early and off to our respective stations.  We were signing books at Lepp Farm Market in Abbotsford and at Winks in Chilliwack.  And so we split into groups...and spent a little time at each place. 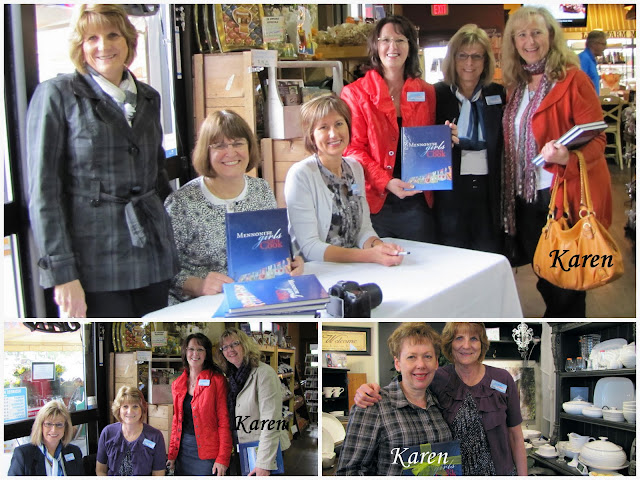 It was so good to have friends and relatives come out and offer their support.  For the most part, I have no photos of those who showed up to buy books or have them signed.  But I had to laugh when I realized that I had three such pictures...all of friends with the name Karen!  The Karen in the top photo drove several hours to have her books signed (well, maybe Mother's Day had a bit to do with it as well!).  The bottom-left photo is taken with the three farmer's wives and Karen of BC Holstein News...she's planning to feature MGCC sometime soon.   And later in the afternoon my friend Karen stopped by to pick up a book for a Mother's Day gift.  And those were the Karen's who came out on Saturday!

Last night we were were at a book launch party...hosted by The House of James in Abbotsford. 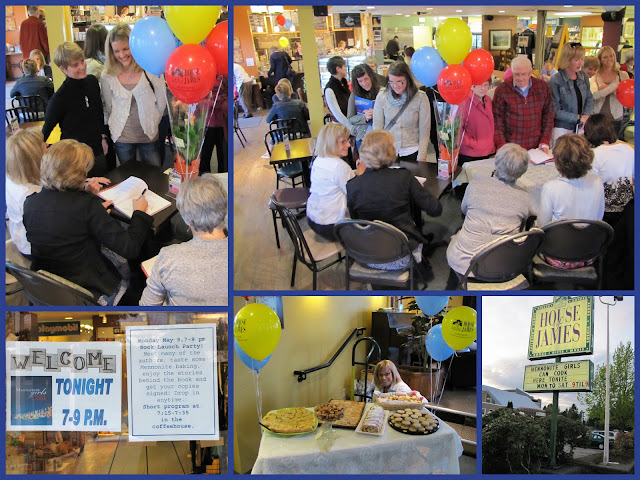 They ran out of books before the evening was half-done...but no one seemed in a hurry to leave!  We  signed many a book...and met so many wonderful people...and were  blessed by all the words of encouragement.  We know God is using this book in many ways...and we are humbled and honoured to be a part of it.

While we were busy signing books...there was a group gathered around a TV screen nearby...and keeping us informed as to how the Canucks were faring in faraway Nashville.  There was no doubt as to who had won when the game was over.  The hooting and hollering and blowing of horns began in earnest! 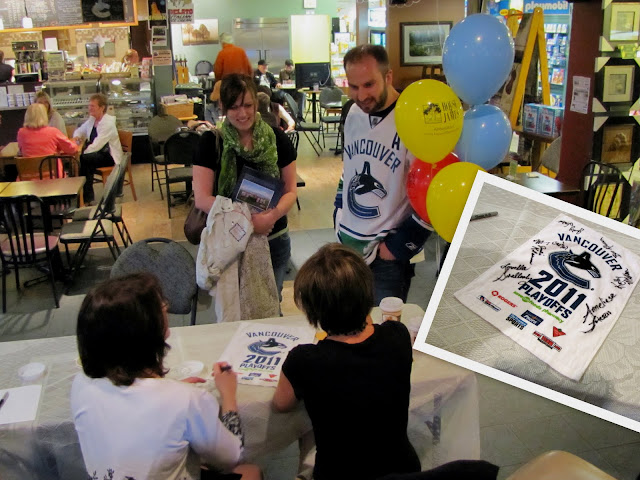 And when there were no more books to sign...we signed Canucks towels.  What fun!


Today?  I should be catching up with every thing that has been put on the back-burner.  Instead I am joining the group of ladies that meet at church every Tuesday to make blankets...to share with them a little about our time in Kenya and what an impact their blankets have on children in a faraway place.


Have a terrific Tuesday!