I must go down to the seas again... 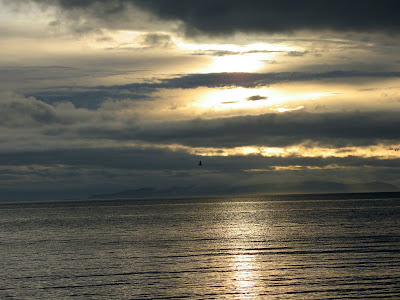 The lonely seas and the sky... 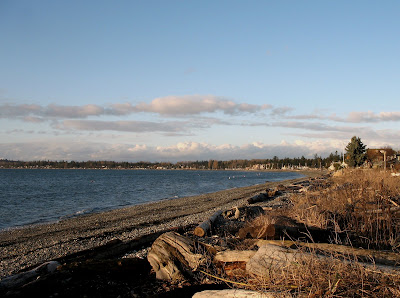 And all I ask is a tall ship and a star to steer her by.
And the wheel's kick and the wind's song and the white sails shaking,
And a gray mist on the sea's face, and a gray dawn breaking.
by John Masefield 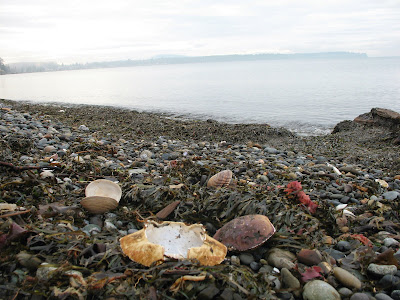 We returned last night from our seaside adventure
...a wonderful place to be, whatever the season! 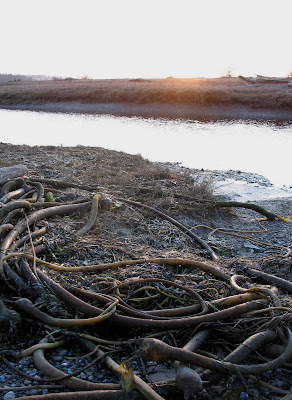 The shoreline is an ever-changing landscape...with sea creatures and man-made objects washing up on the beach. 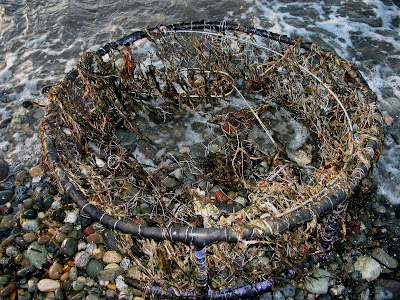 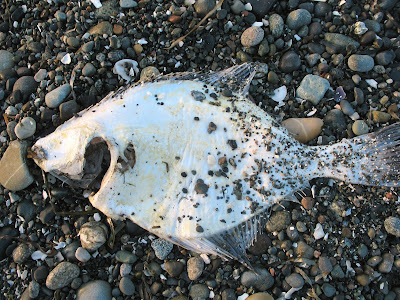 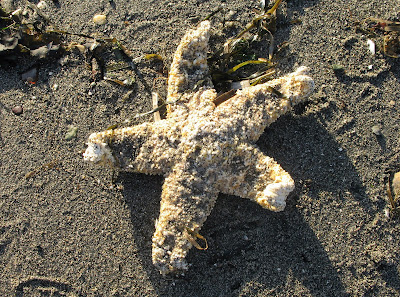 Despite a forecast of nothing but rain, we were surprised by sunshine and blue skies on Sunday, and enjoyed a wonderful afternoon stroll along the beach. Jeanne gathered shells and other sundry beach objects to take home for the kids. They definitely had that 'beach aroma' to them, and may not have been too welcome in the carry-on luggage! 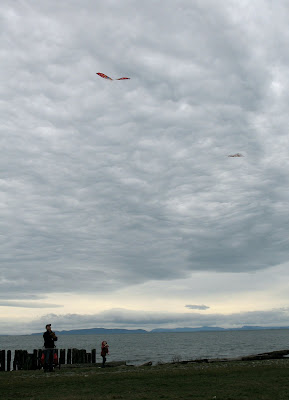 There's always a brisk breeze at the seashore...and this father and daughter were OK with that! 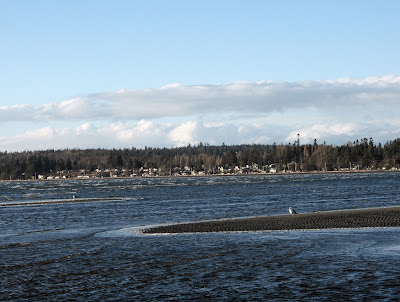 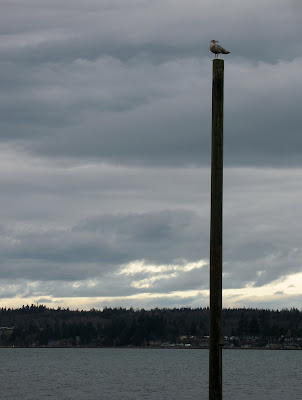 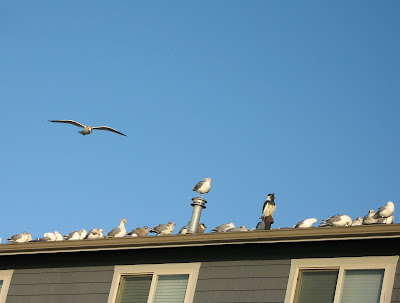 even where they are not so welcome! 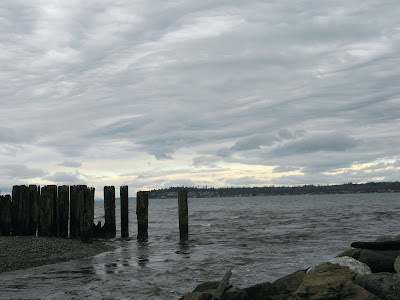 The tide washes in... 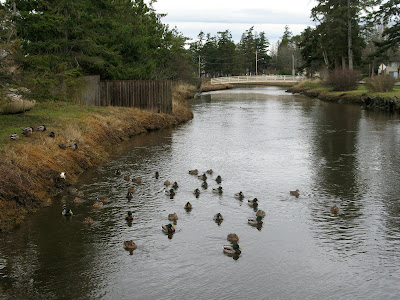 ...filling nearby channels where the ducks like to play. 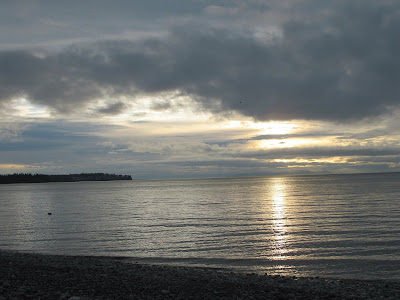 Our afternoon stroll on the seashore ended as the sun was about to sink.

We had a fine time shopping...we sisters. Bill will be more than relieved that he missed out on that part of the party! The rest of us came home with these boots... 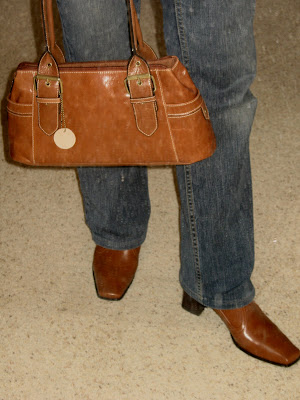 ...but they never had his size anyhow!

We got home last night, and I was quite anxious to see my little Ryder. The surgery had gone well and he was doing OK. But by yesterday afternoon he developed a fever...and a few hours later he was a very sick boy. I went to stay with the girls, while Jeremy and Broni took Ryder to the ER. He had developed 'aspiration pneumonia' (likely from the surgery) and was given intravenous medication. He will be watched closely for the next while...hopefully he is on the mend!

And I must pass along some good news regarding my sister-in-law, Martha. The MRI which she had yesterday morning, showed the brain tumour has shrunk since the last MRI several months ago. This is a surprise to all...there is no explanation, since she has not had any treatments as yet. It has been decided that there will be no biopsy at this time...and she may return to her home in Kelowna and resume life as she sees fit. Thanks to everyone who has been praying on her behalf! I'll keep you posted. 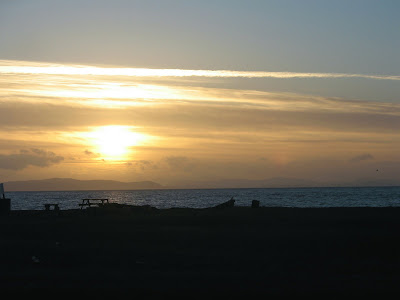 February may not be prime time for the beach, but we had a great time together as a family! The sun may have set on this impromptu reunion...but we are making plans to check out a few other beaches in March 2009. Next year will mark the ten-year anniversary of a cruise through the Panama canal that mom and dad took us on in 1999. So if all goes as planned...we will all be going down to the sea again!