Penny candy is definitely a thing of the past! But a few weeks back we discovered a quaint little general store...not TOO far from home...that carried a wonderful supply of all those old favorites...that we once knew as penny candy. 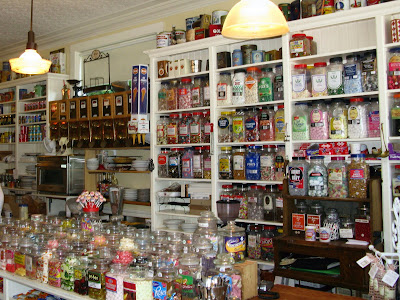 It was decided that we would do a 'fieldtrip' with all the grands to the candy store sometime before summer was over...and yesterday was the day! Since Broni was out shopping...she met us at the designated time and place. I arrived with her three children...Heidi came with Maelyn...and Lisa brought Ranen. It took four vehicles to get us all to the candy store...to buy penny candy. Hmmm...it seems like there might be something wrong with this picture. We realized things were not going according to plan...when we noticed ours were the only cars parked outside the store. And on the doorstep...sat a cat...yawning, stretching and cleaning herself. That's what happens on Mondays! It's a lazy day out in the country...and the stores are closed. Why did we not think of that?

The grands were out of the car in a flash...carrying their box of coins...and ready to pick their favorites. What a disappointment to see the 'closed' sign on the door!

All was not lost...we quickly moved to Plan B. There's a wonderful ice-cream shop out in the country...with a playground...and pet goats and donkeys. If you can't have bubblegum... 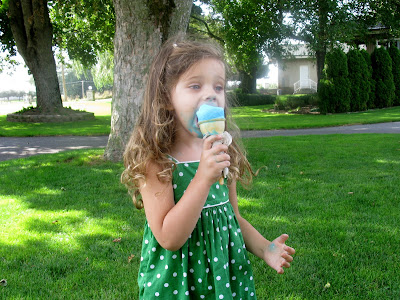 ...bubblegum ice-cream will do just fine! 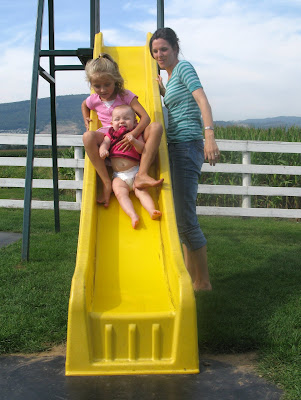 There's a first for everything...and Maelyn looked quite thrilled to be riding the slide with Emme...but not so much when she hit the bottom.! 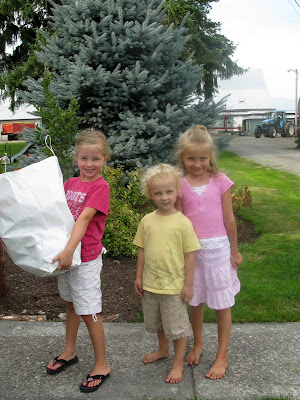 These three returned home with their box of coins intact...assured that we would make yet another trip to the country store for penny candy. The girls were happy with their consolation prize...a big bag of back-to-school clothing. And one day soon we will do the candy store fieldtrip once again...we like to make the most out of a good thing!