My idea of going on a cruise...usually involves sailing the turquoise waters of the Caribbean and basking in the tropical sunshine. But here is a new and novel idea...taking a mini-cruise from the Vancouver to Victoria...on a fine summer day...which is exactly what we did. 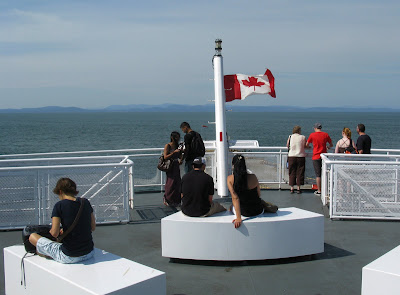 We rode the 'The Spirit of British Columbia'...which happens to be one of the two largest ships in the BC Ferry fleet. It has a 470 car capacity...and room for 2,100 passengers.

There is always the option of dining on board during the two-hour crossing...and this particular vessel has several dining areas...including the somewhat more upscale Pacific Buffet. With it being our anniversary...and all...we opted to have brunch there. 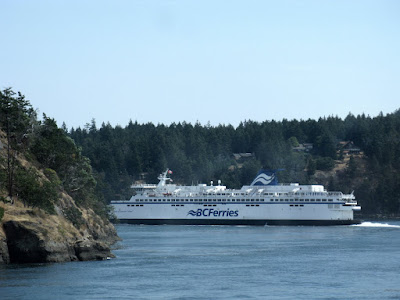 We sat at a table with a view...and enjoyed a most wonderful cruise across the strait...as other BC Ferry cruise ships slipped by by our window. 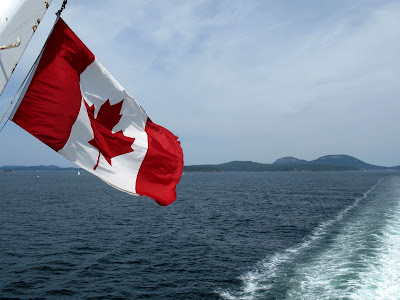 And before we reached the other shore...we strolled the upper deck...enjoyed the Pacific breeze...and watched the sailboats out at play. Before long...we rolled off the ramp and onto the shores of Vancouver Island. We had arrived at Sidney-by-the-sea...where we would be spending the night.
Our first stop was a lavender farm...a division of Salt Spring Lavender Company...situated near the ferry terminal...with fields open to the public. 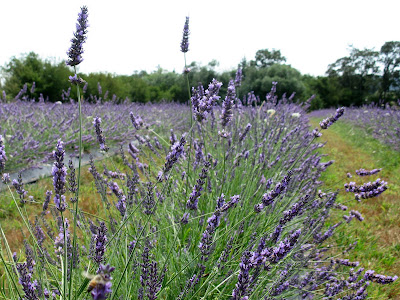 There's just something about the fields of blue that beckons... 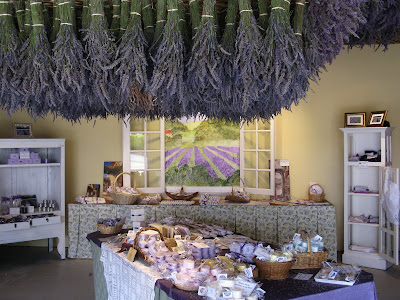 ...and who can resist a peek into a sweet-smelling lavender store?
As we did thirty-eight years ago...we visited the famed Butchart Gardens...which warrants a post all it's own. 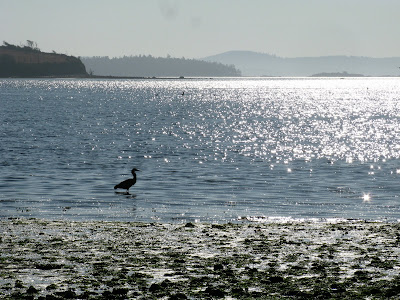 We spent the night camped along the ocean shores...where the herons fed and dogs frolicked in the tidal pools. 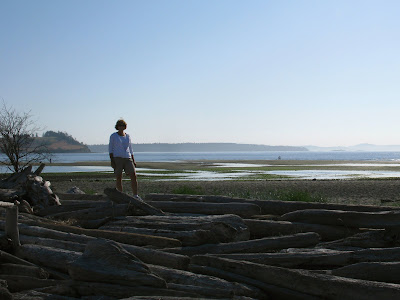 We joined the beachcombers in the morning...and had a beachcombing expedition of our own...among the piles of driftwood. I laid my leather camera case down...somewhere among the piles of wood...and took a few pictures...and then had no idea where I might have put the bag. It took the two of us...and a morning jogger with her dog...to locate the prize. 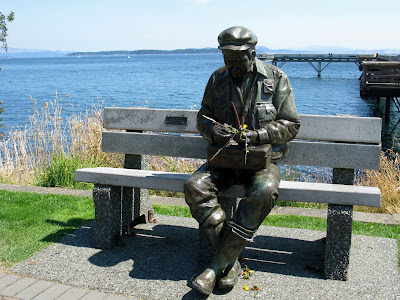 We spent some time exploring Sidney-by-the-sea...a most charming community in a rural setting...located on the seashore. It's a laid back kind of place...where old men sit on park benches... 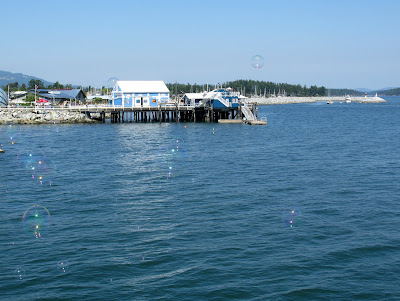 ...and young boys blow bubbles from the fishing pier. (Click photo to enlarge) 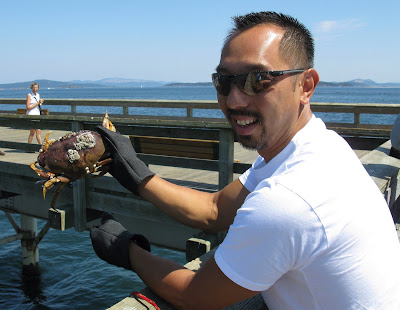 We happened to be on the fishing pier just as this sport fisherman brought up his haul...a basket full of crabs. He volunteered that he comes to this pier once each summer...just to fish for crab. 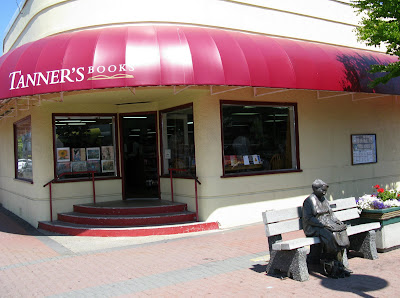 But Sidney's real claim to fame is that it is Canada's only Booktown... 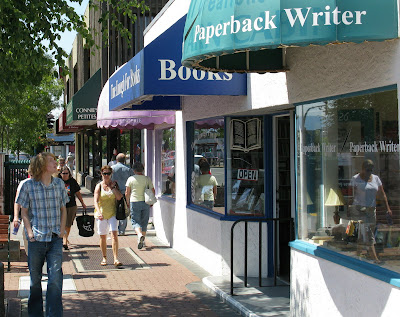 ...with nine wonderful stores featuring books of every variety. 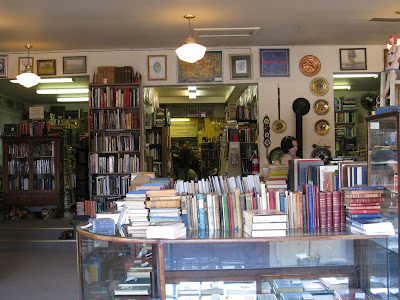 It's easy to wile away an hour or two in a place like this...and that's OK while on vacation! 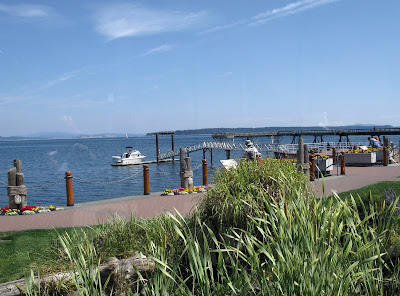 We enjoyed a seafood lunch...on an outdoor patio...with a panoramic view. We watched the fishermen coming and going...and couples strolling along the seawall hand in hand...and a young boy tumbling into a fish pond while trying to feed the goldfish.
It was a delightful place...and if you ever have a chance...I'd recommend visiting Sidney-by-the-sea.