I left you on the wharf back in San Francisco...one day last week...and promised I'd take you out to the island for a tour. Today is the day! 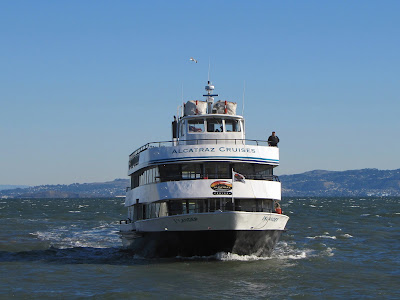 We made the ferry crossing in good company...the tours are all sold out well in advance. Alcatraz is one of the most popular tourist attractions in Northern California.

Alcatraz is an island located in the San Francisco Bay, about one and a half miles from shore. Also known as Rock, the small island first served as a lighthouse, then a military fort, a military prison, and later a federal prison until 1963. For twenty-nine years it was a maximum security prison...the most feared one in the United States. 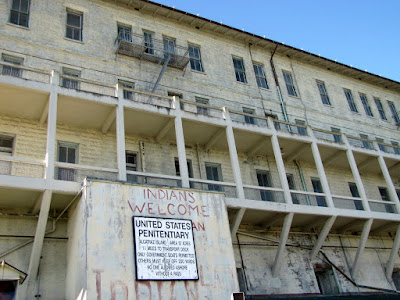 We arrived at the pier...then began our tour at this cell block. The graffiti on the wall was a reminder of the two years when North American Indians of all tribes occupied the island. Alcatraz is now part of the National Park Service. 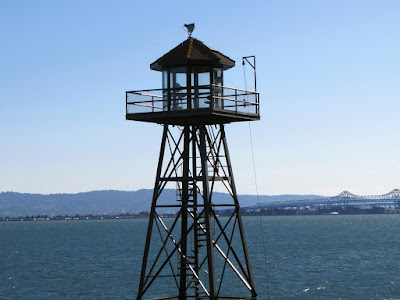 We passed by the famous guard tower... 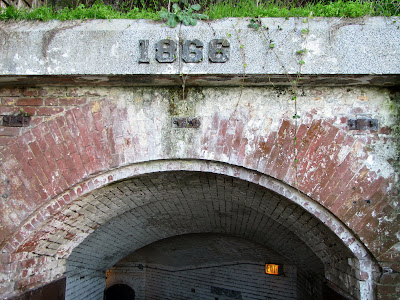 ...and entered a tunnel that clearly was not built yesterday. The earliest construction at the Alcatraz military fort began in 1857...this particular project was completed in 1866. 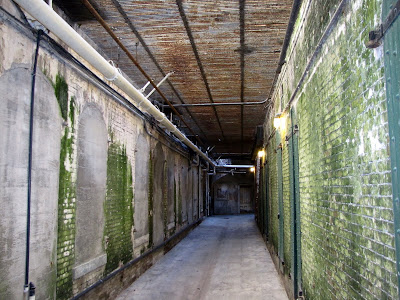 It felt a little eerie...wandering the well-weathered hallways of Alcatraz. 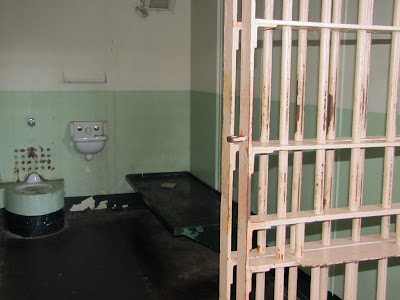 The cells? Nothing to write home about! 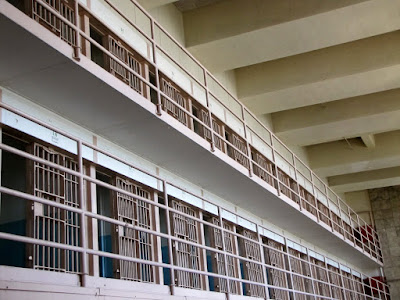 We did a tour of Oakalla Prison here in British Columbia in 1991...the year it closed it's cells for good. It was our own version of Alcatraz...and everything looked very similar. Not a fun place to while away one's life...a place where there was next to no chance of escape. 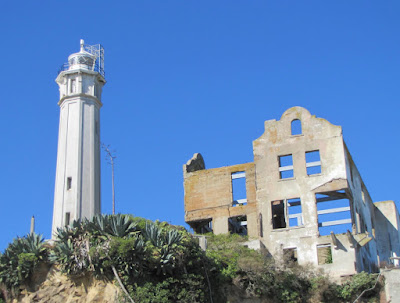 The lighthouse...which was rebuilt in 1909 following earthquake damage...still sends out it's beams. The warden's home next door, was destroyed by fire during the Indian occupation. 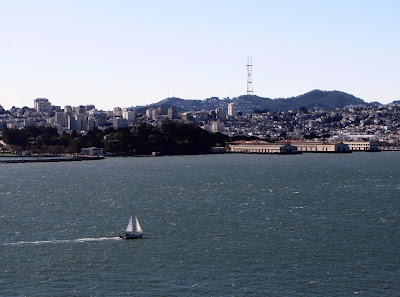 There is a lovely view of San Francisco from Alcatraz...and it looks mighty close. So close that 36 inmates attempted to escape to the city during the time it was a maximum security prison...none were successful. There are a few that were never captured...and are presumed drowned...although legend has it that they are living the good life in South America. Who knows?
The most notorious prisoner who did time at Alcatraz was Al Capone...the boss of a criminal organization based in Chicago. 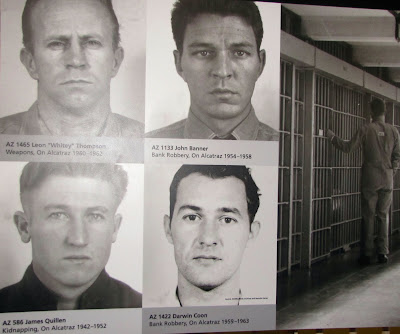 We met many of the famous prisoners through pictures along their wall of fame. We heard the stories... 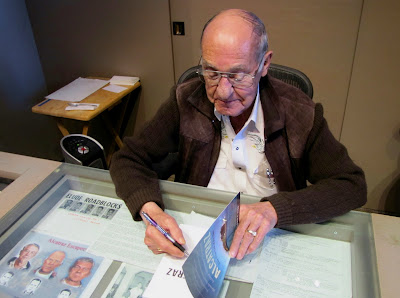 ...and then we met a former prisoner in real life. Darwin Coon (lower right in previous photo) has written a book called Alcatraz: The End of the Line...and was signing copies. We picked one up...and found it quite interesting. It is not a great literary masterpiece...but it is a good news story of one of North America's most hardened criminals who left his life of crime and made something good out of it. I am reminded again that no one is ever beyond hope!

And with that I will end my tour today. It seems we all know a little about the island without ever visiting...since it has been made famous by Hollywood. One of the most recent movies is The Rock (1996)...others include The Birdman of Alcatraz, Escape from Alcatraz, The Enforcer (Clint Eastwood) and The Final Sentence. 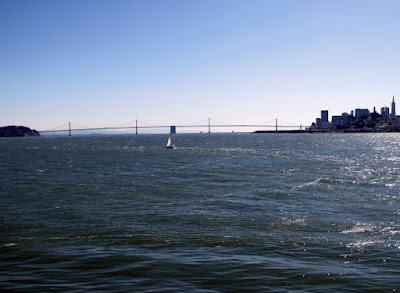 It's time to catch our ferry back to Pier 33. The bridge you see in the distance...also called the Bay Bridge...was closed the day we made our crossing. A cable broke on the bridge the previous day...causing the closure and total traffic chaos in the city. It never re-opened for five days. We made our way north via the Golden Gate Bridge...and escaped while we could!
It was a most interesting experience...to visit the island of Alcatraz. A few hours were plenty long enough, however. Relish your freedom today...whatever may be on your agenda!