and so this was Christmas...

Christmas looks a little different every year...though some things never change. It's always about family coming home......of going to church and celebrating the birth of Christ...of gathering around the table and eating far too much...of opening gifts...and of making wonderful memories for years to come.

This year there was no one missing...away or at work...and we all went to church together on Christmas Eve. How special to see the grands sing with the kids choir...and to join with the masses in singing Silent Night by candlelight. 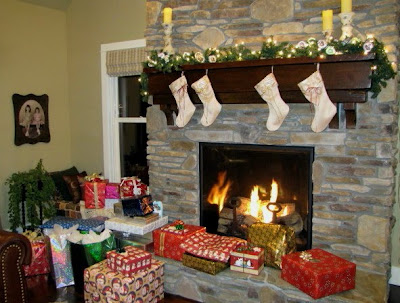 We all came back to our house...for the usual Christmas Eve appetizers. What was not usual... 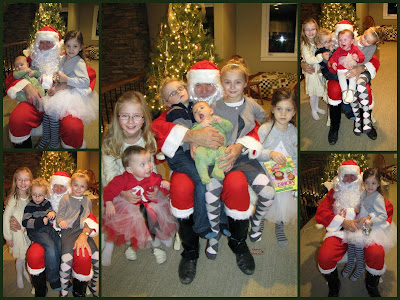 ...was that the grands arrived to find 'Grandpa Santa' sitting next to the tree. He was a little early, it seemed...but had heard that some of the gifts were going to be opened on the 24th this year...and so he was very accommodating! Maelyn wasn't all that thrilled to sit on his lap...the others were more amused. 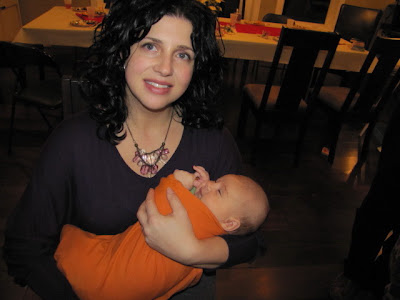 Micah woke up long enough for a picture...and then returned to 'visions of sugarplums' for the rest of the evening. The grands opened a few gifts on Christmas Eve and then ran off to play... 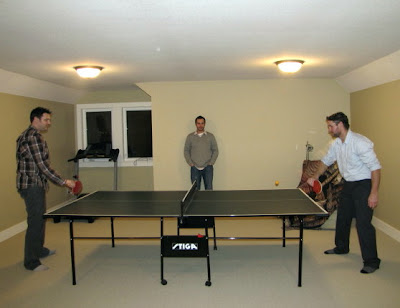 ...while the guys had a Christmas Eve invitational ping pong tournament (no one else is actually invited...it is always just the three of them...and gets rather serious!). Soon it was far past everyone's bedtime...and they all left for home.

What was definitely a change this year...was to wake up to sunshine and blue skies on Christmas Day. A pleasant change! We have brunch at our house every year...which always includes Christmas Morning Wifesaver (a breakfast casserole)...some things are not allowed to change. 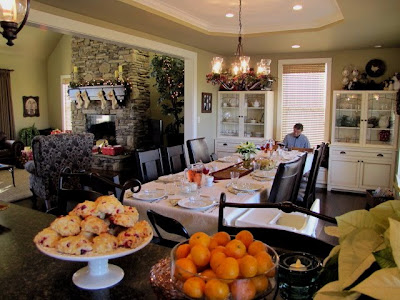 We were ready and waiting when they arrived...some in their pj's and all in good spirits. It was a leisurely time around the table...and we finally left pulled ourselves away to go open gifts. 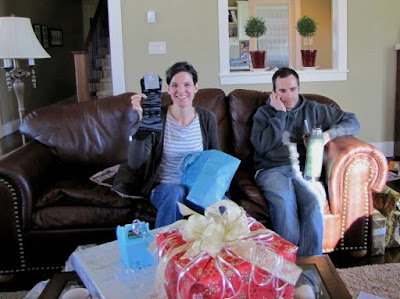 Heidi seems quite delighted about something...while it appears that Tim is on his phone. 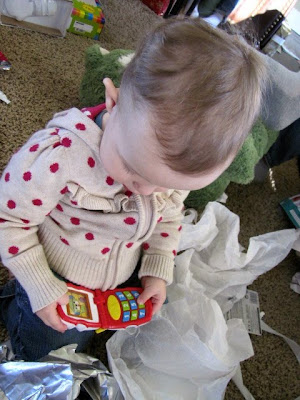 Small wonder that his daughter knew exactly what to do with her new Fisher-Price flip phone! 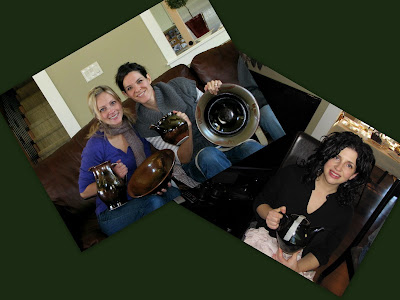 The big girls got pottery this year...they are always fun to buy for. 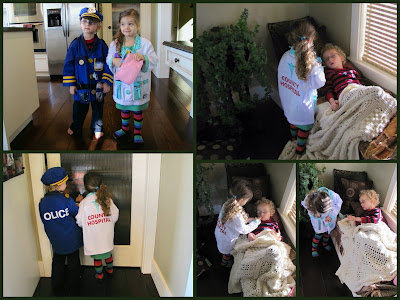 Once the gifts were unwrapped...there was so much to do. Ryder and Ranen had fun with their costumes from Cousin Maelyn. Doctor Ranen dispensed her good medicine...while Policeman Ryder arrested anyone and everyone in sight. The pantry became the jail...and it seems no one tried too hard to escape. They raided the treats and settled in for a good time. 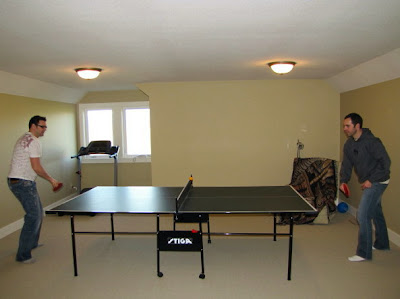 And the guys? They were back in the bonus room...playing ping pong again. They take it quite seriously....and all have their own professional paddles. And before long...they are opening windows...and doors...and turning down the thermostat...while we are wondering why the house is so chilly! 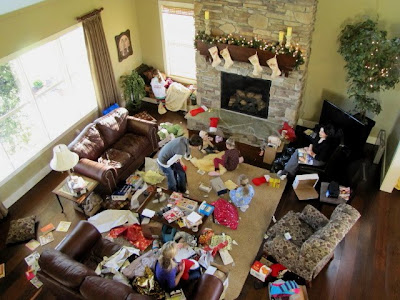 The great room looked rather like a war zone...but it was all good. 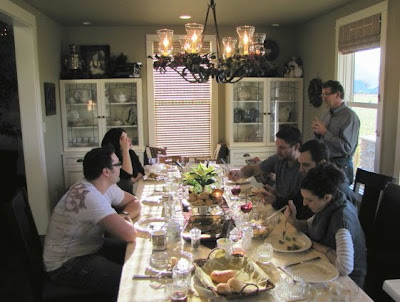 Several hours later we found ourselves back at the table...finishing off the leftovers...and calling it lunch. Some had other family gatherings to attend that afternoon...some stayed until evening. It was relaxing...and fun...and good to have everyone together. That was Christmas at our home!