Two of Santa's reindeer have come to town for a pre-holiday visit...and so we took Ryder and Ranen out to Minter Country Gardens yesterday for a visit. 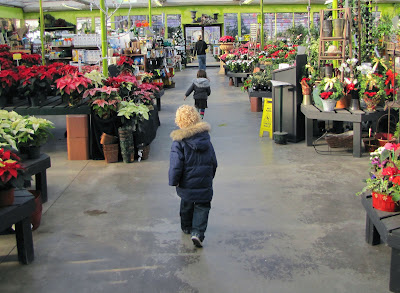 They were quite eager to see them...and made a hasty path through the poinsettia display. It was lunchtime...and the reindeer were taking their lunch break...back of the barn. 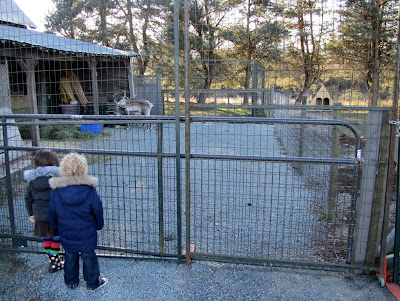 We soon learned that it was Dancer and Vixen that were spending time in our town...and they seemed quite used to being the centre of attention. Vixen has appeared in the movie 'Elf'...and so rather likes to have photos taken. 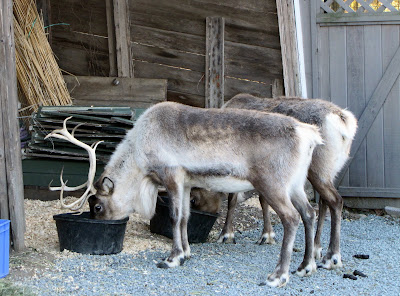 We even learned a few things about reindeer while we were there. Although we have reindeer living in British Columbia (mostly in the Peace River country)...they originated in Siberia in the 1890's...making their way west through Alaska and the Northwest Territories...and to B.C. only in the past twenty years.

We also learned a little about reindeer antlers. Who knew that the young antlers feel like velvet (there was a sample for us to touch)...and with age they become calcified. Reindeer lose their antlers every winter...and come spring, they begin to grow back once again.
Though they are wild animals...these two are halter trained and rather gentle creatures. It was fun to see them close up and personal. 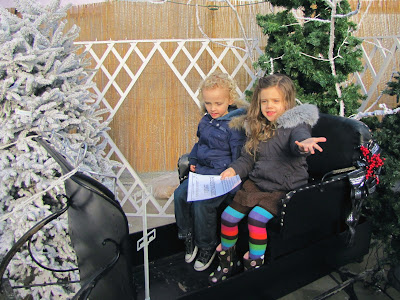 It seemed Santa left his sleigh behind when he dropped off the reindeer...and so these two climbed on board. Ranen picked up Santa's note...just checkin' to see if she had been naughty or nice! 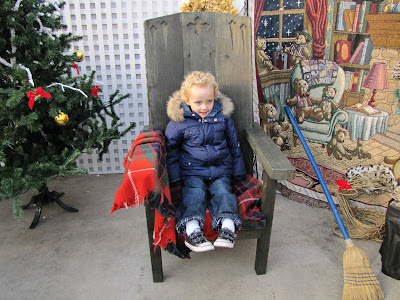 Ryder tried Santa's chair on for size...before we moved along. We have a tradition of visiting Dickens Christmas Village every December... 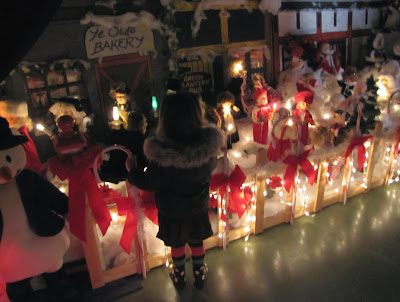 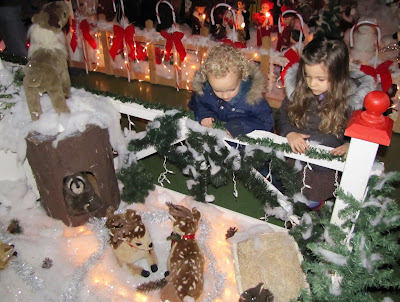 It's a fun place for the wee ones...with lots of animated dolls and creatures. 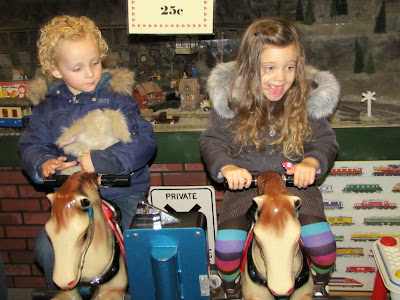 There's an old-fashioned train that runs in circles for our viewing pleasure...and some horses that go riding for a mere twenty-five cents!
And...now we know where Santa went when he dropped off his reindeer! 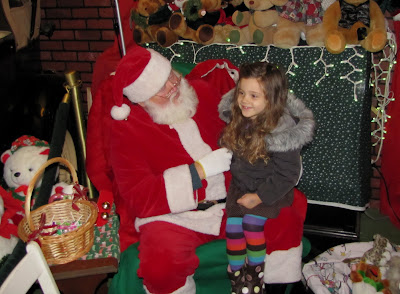 In the far back corner of Dickens Christmas Village...we found none other than the jolly old man himself. Ranen ran right up...jumped onto his lap...and rattled off her Christmas list! 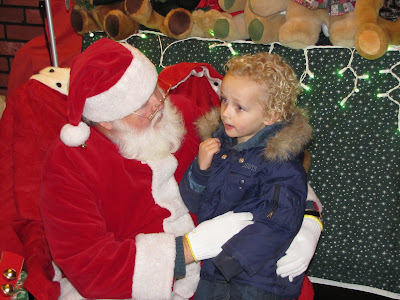 Ryder was a little more timid...and so polite...that Santa surely took note of his one and only request.
This is the twelfth year that Dickens Sweets has hosted the animated Christmas village...and admission to both the village and Santa's workshop is totally free. They gratefully accept donations for the Salvation Army Food Bank and new boxed toys for needy children in the area.

Dickens Sweet's is a 10,000 square foot building that houses a British Museum, a candy shop, a British art gallery, and an English bakery and tea room. It seems the tea room is so popular...that it is taking up more and more space...making it increasingly difficult each year to accommodate the Christmas village. But we are thankful to the management for carrying on the tradition again this year...it's always worth the visit! 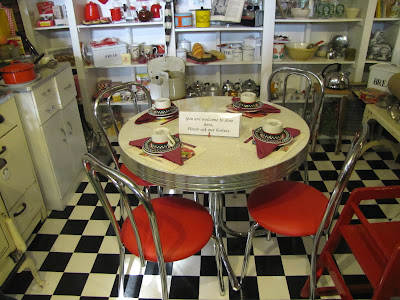 And if I ever come back to check out the tea room...I'll ask for this table. 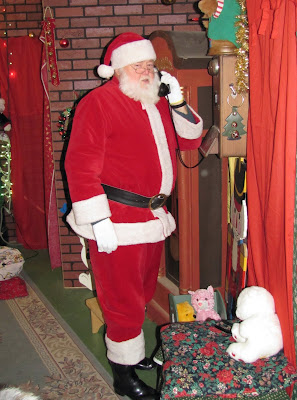 As we were leaving...Santa was on the phone...checking up on his reindeer, no doubt!
Enjoy the day...