going to school in style...

A very long time ago, I was a student at the same elementary school that my oldest two granddaughters now attend.  In those days...all students arrived by bus or by bike.  Times have changed... 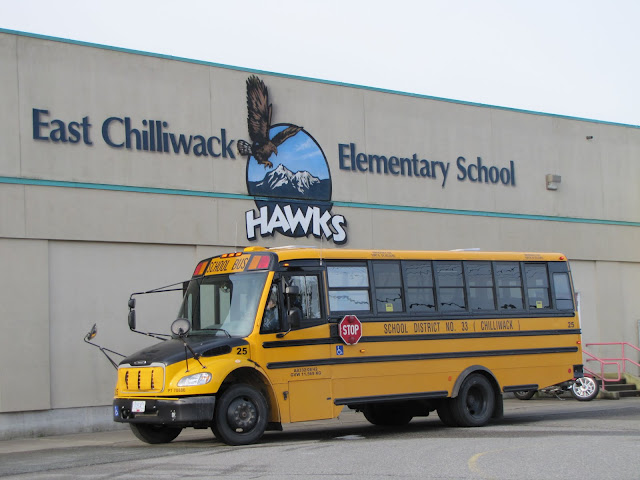 ...though there are still school buses, many are driven to school these days. 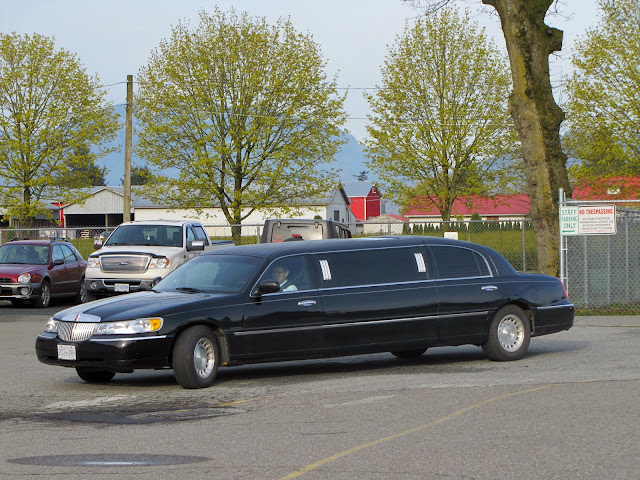 Some even come by limo! 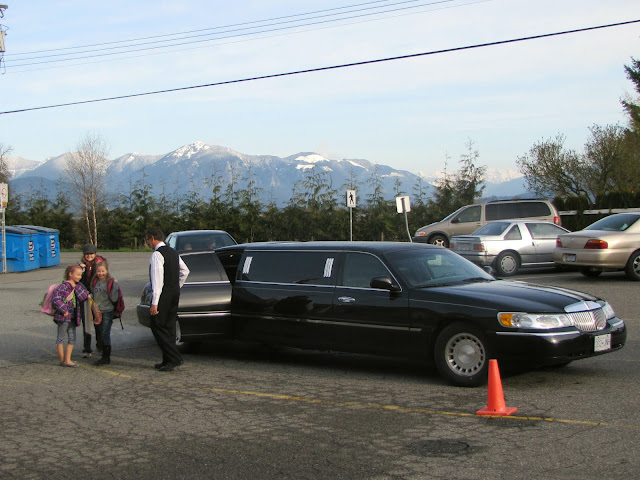 There's a story here...as I am sure you guessed!

Many of you wondered how it came about that my hubby was the limo driver for our milestone birthday party last week.   It just so happens that we have a friend who owns a limo.  He went car shopping one day a few years back...with plans to buy his wife a new set of wheels.  He came home with this limo!  I don't think she was all that impressed...and he soon found her a vehicle that was a little more suitable.  The limo, however, stayed!  We have used it on several occasions over the past few years...with hubby as chauffeur.  Since we had the limo on our yard overnight following last week's birthday celebration...we thought it might be fun to deliver Emme and Spencer to school in style in the morning. They called a friend to join them...and with a little snickering and giggling...they rode to school in luxury that day.  As for the limo driver...he decided he better not wear his usual work clothes that morning! 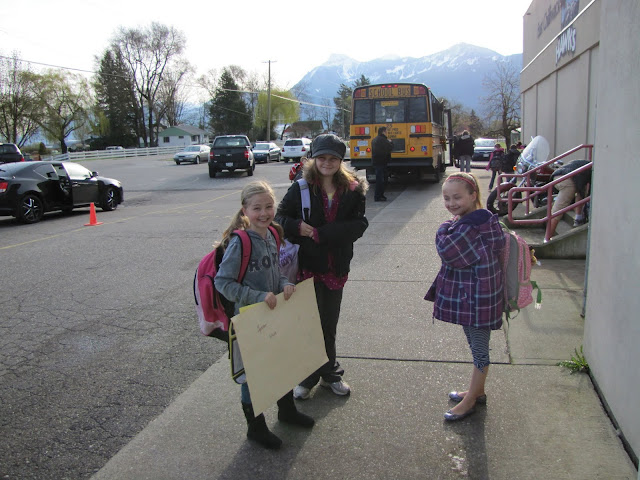 They were all smiles!  But back at home...Ryder had been somewhat put out that his sisters got to ride in the limo and he never.  Grandpa decided he would make a run to pre-school as well before returning the limo... 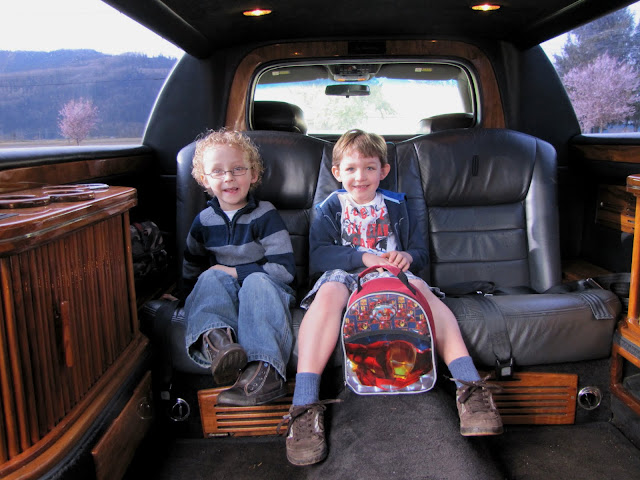 ...and so Ryder called a buddy to join him and off they went to pre-school in the back of the limo. 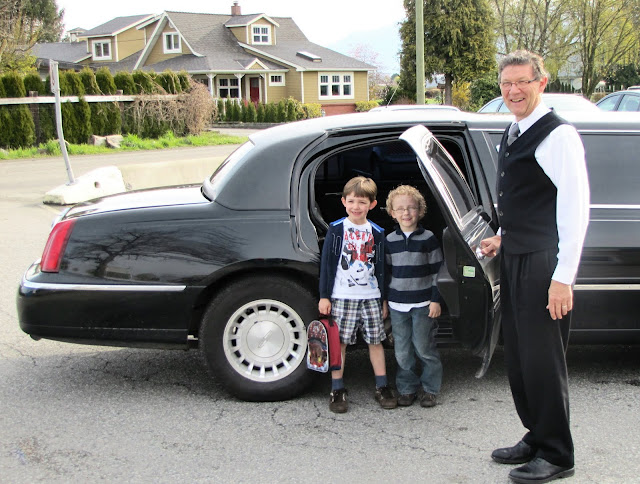 Ryder felt quite special...and was even willing to give autographs, I hear.

And so ended our limo adventures!  The limo driver went home and changed into coveralls and boots.

As for the grands...they will be riding the bus to school as usual today.  Easter break is over...and the buses are back on the road this morning.


Have a terrific Tuesday...