sunshine in the rain...

The sun has been a little elusive in this part of the country of late.   Despite the rain, the daffodils are opening up...a burst of sunshine on a bleak day. 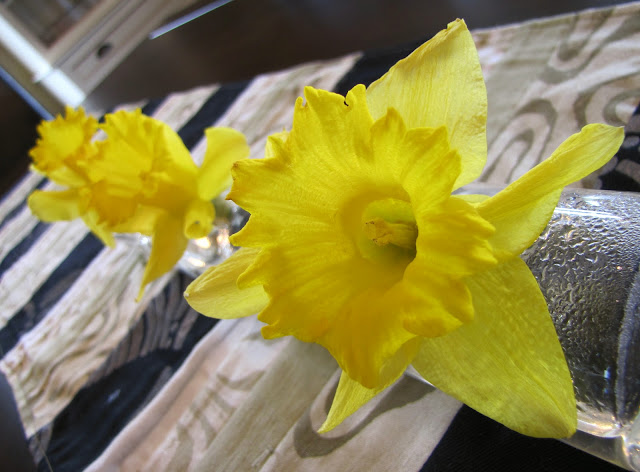 I've been bringing a little of that sunshine indoors...to brighten things up.

We have also been enjoying the flavour of the season...and that would be lemon. 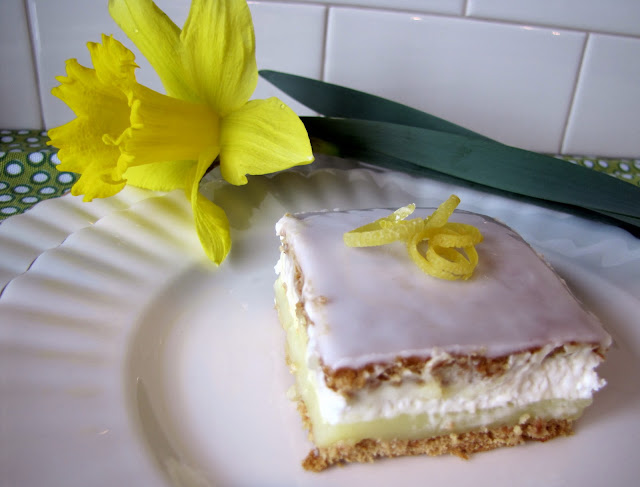 If you are looking for a light and luscious spring dessert...try Lemon Dream Squares.  As Cindy cut my hair last week...we discussed food.  She described to me the yummy lemon dessert squares that she had enjoyed recently at our favorite local 'tea shoppe'.  Since they sounded so much like my Danish Cream Square recipe...I went home and improvised.  And a good improvisation it was!  Simply prepare1 package lemon pie filling and substitute for the vanilla pudding called for in the recipe.  Omit the chocolate drizzle....and garnish with lemon curls. 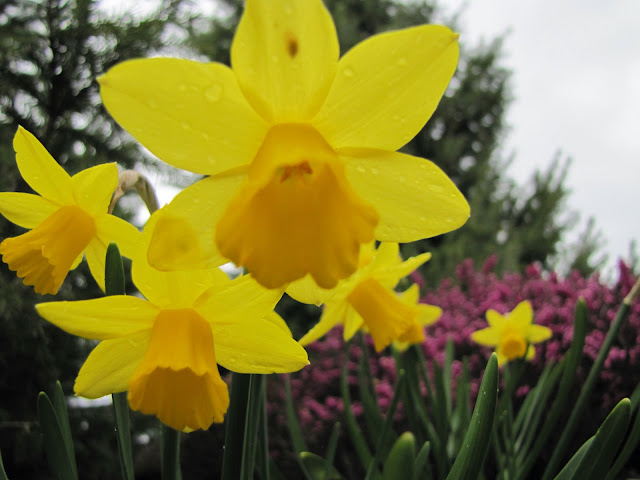 I'll leave with you a bouquet of yellow blooms....and a poem that has been around for a few years (penned in 1804).

I wander’d lonely as a cloud
That floats on high o’er vales and hills,
When all at once I saw a crowd,
A host, of golden daffodils;
Beside the lake, beneath the trees,
Fluttering and dancing in the breeze.
Continuous as the stars that shine
And twinkle on the Milky Way,
They stretch’d in never-ending line
Along the margin of a bay:
Ten thousand saw I at a glance,
Tossing their heads in sprightly dance.
The waves beside them danced; but they
Out-did the sparkling waves in glee:
A poet could not but be gay,
In such a jocund company:
I gazed — and gazed — but little thought
What wealth the show to me had brought:
For oft, when on my couch I lie
In vacant or in pensive mood,
They flash upon that inward eye
Which is the bliss of solitude;
And then my heart with pleasure fills,
And dances with the daffodils.
Though the day may be grey...the daffodils are still smiling this morning.