Last fall I had a few too many things on the agenda...and somehow missed the pickling cuc season.  We lamented that there would not be any homemade dill pickles this year...and the store bought ones are just not the same.  A friend suggested I try refrigerator bread and butter pickles instead...which can be made year-round with long English cucumbers.  Why not? 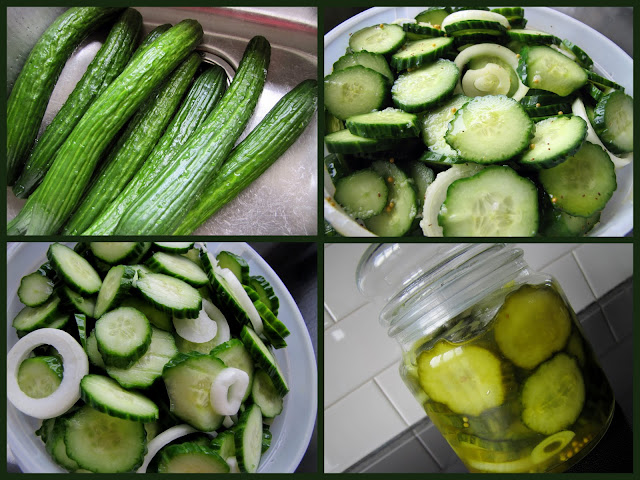 We love them...and I have made several batches this past year.  I keep a jar in the kitchen fridge...and replenish it as needed from the bucket stored in our spare fridge. 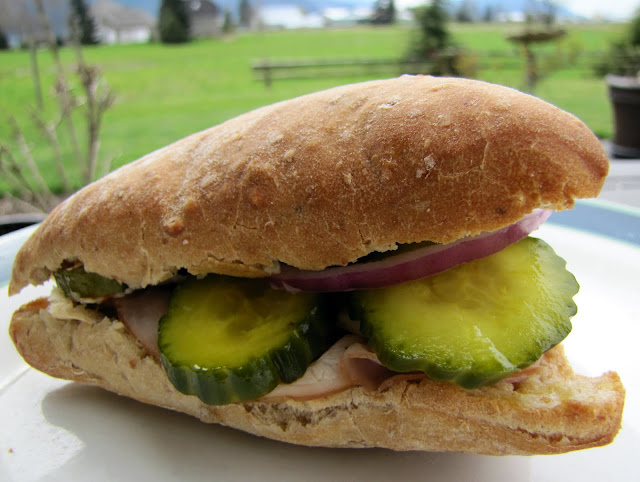 We add them to sandwiches...eat them with crackers and cheese...or as an accompaniment for a meal.  Simple and delicious!  The roadside stands in our area have had fresh cucumbers (greenhouse grown) since February, so it's pickling season around here.

I may just stick to my version of Bick's yum yums (click for recipe)...and forget about canning pickles in the future!   I just thought I'd pass along the tip...in case anyone else out there feels like pickling-the-easy-way.

Have a terrific Tuesday!