Let me start with the last days our road trip...while the memories are still fresh.  We spent a few days in the Homestead/Florida City area...the last stop before heading south along the Keys.  We were in farming country...and hubby quite liked that.  Immediately next to our hotel...a crew was busy planting papaya seedlings.  He went to investigate...and learned how things are done in southern Florida. 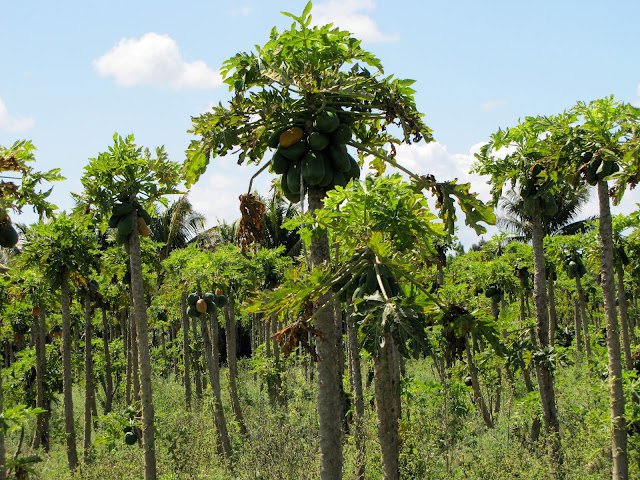 This is what that papaya crop should look like within a year's time...ten to fifteen feet tall and bearing lots of fruit.  The soil is basically coral in this area...and irrigation is a simple matter since the water table lies just a few feet below the surface (everywhere).  Papayas do best in soil that is high in organic matter (coral is good, it seems)...and thrive in tropical climates.  There are obviously no papayas growing where we come from! 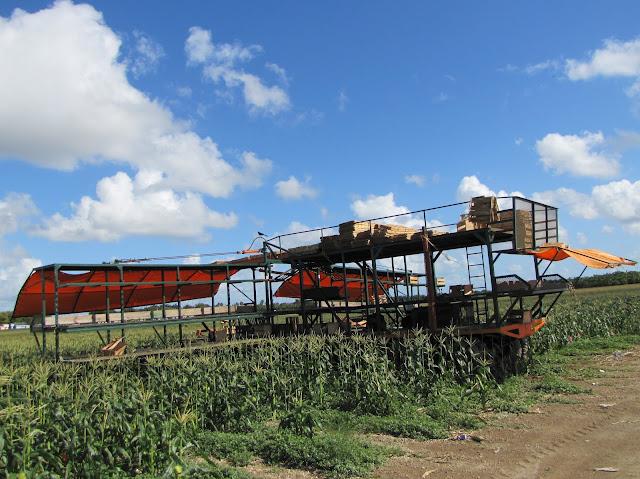 The corn harvest was in full swing...in March!  Corn is something we are quite familiar with...as we grew corn for the fresh market for many years.  We planted in April or May and harvested late summer.  In Florida, most annual crops are planted immediately after Thanksgiving and harvested before Easter.  After that...too hot!  It was surprising to see that such short stalks could produce fair-sized cobs.


We watched trucks of fresh green beans coming from the fields... 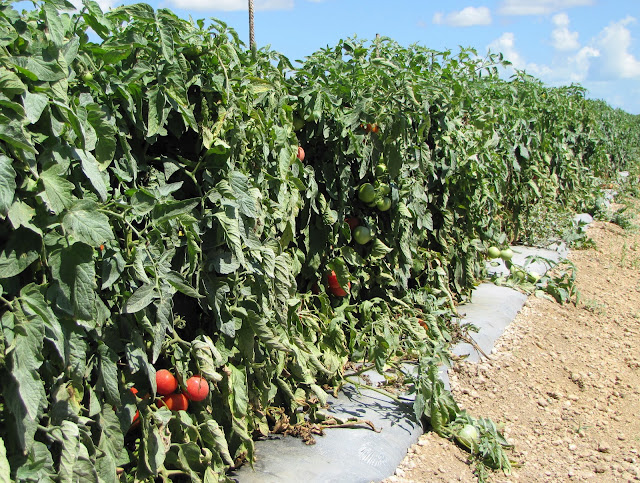 ...and large fields of tomatoes ripening in the sun. 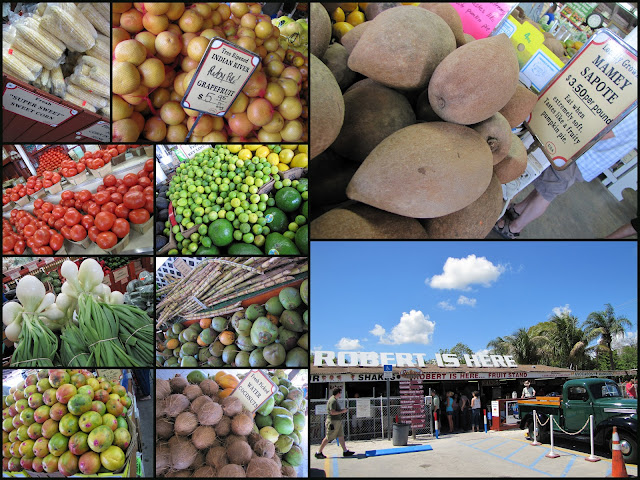 And then we stopped by 'Robert is Here'...a fruit stand which has become a well known tourist attraction.  It seems Robert grows much of his own produce...some bearing names I had never heard of before.  Mamey Sapote looked most interesting...'tastes like a fruity pumpkin pie.'
Just down the road from Robert's farm...and at the entrance to Everglades National Park...we visited a farm of an entirely different sort.  Everglades Alligator Farm is a real working farm...open to the public. 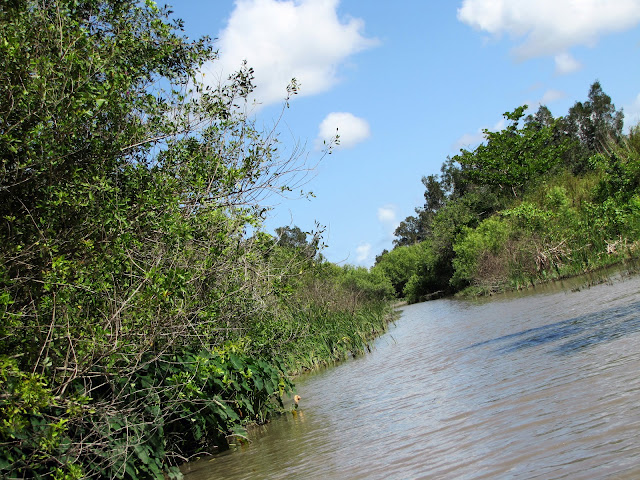 Beneath those murky waters lurk many alligators. 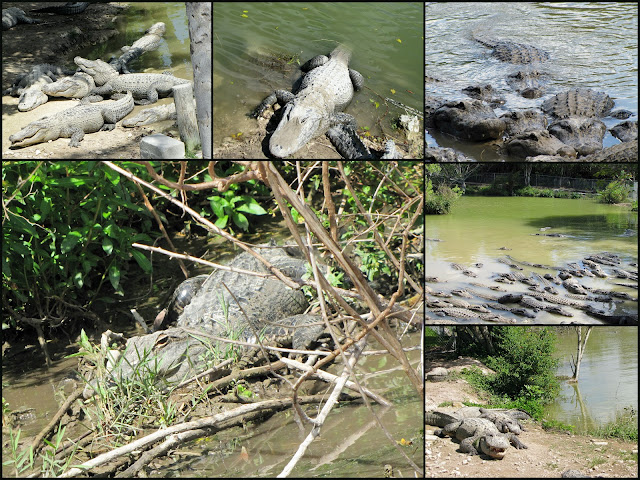 We strolled the paths...and watched the alligators being fed.  And I wished my grands were there to see it all.  I myself was not endeared to them! 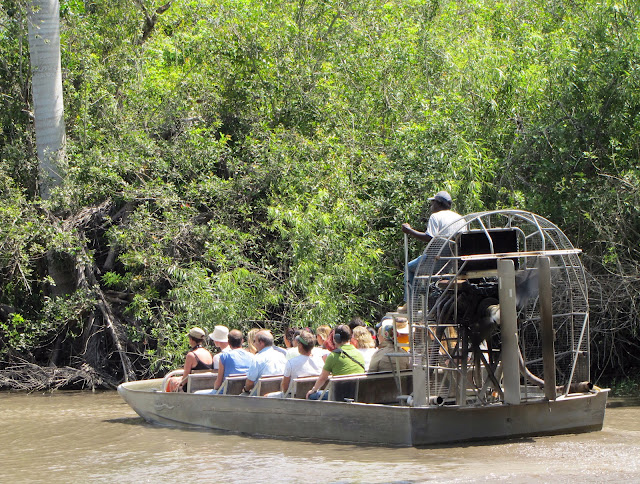 We took an airboat ride through the swamp...of course!  I managed to keep my camera dry...for the most part.  As for me...I was drenched and my white T-shirt was no longer white when the ride was over. 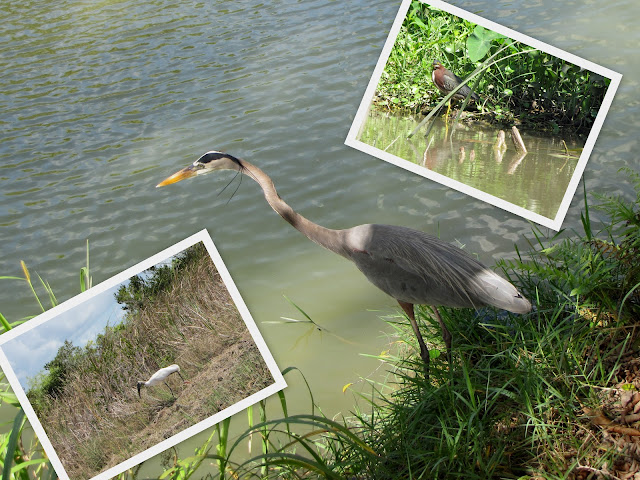 Though it was mostly about alligators out there in the swamps...there were many birds keeping them company out there.  The birds were more photogenic!

And that ends my farm tour in southern Florida for today.