florida ~ then and now

This wasn't our first road trip through Florida.  We did this once a long time ago...before we had a family! 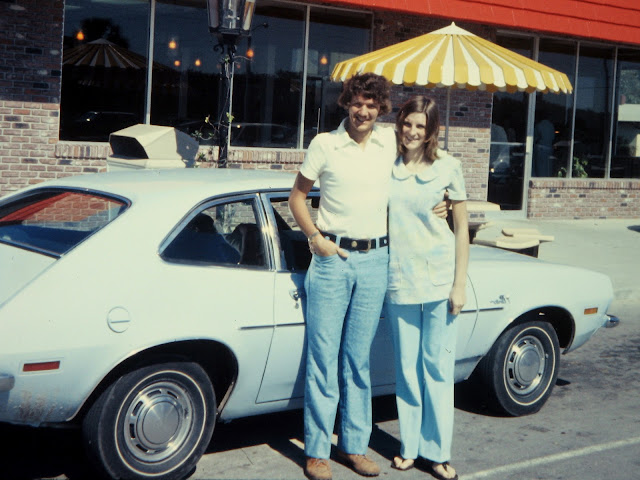 We went on a missions trip to Haiti, Dominican Republic and Guadeloupe.  When the rest of the team flew home from Miami...we decided to stay in Florida and do some sight-seeing.  Our rental car was a Ford Pinto that was none too reliable.  It's one rental car that we never forget about!  Our rental car this time was a Chevy Cruz...most dependable and comfortable.  By this time next year I will have long forgotten what kind of a car we drove. 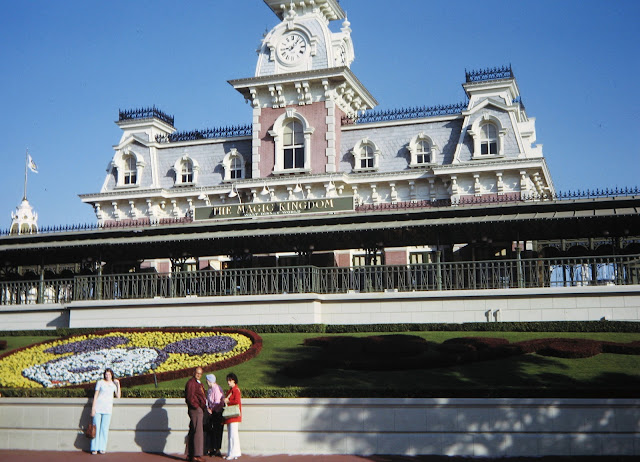 Way back then...we spent some time at Disney World.   Though we flew home out of Orlando last week...we had no time for Mickey and Minnie this time around.  And had we gone...I know we would not have arrived by 9:07 AM (as shown on the clock in the photo above)!

All those many years ago, we spent some time with Uncle Neil, Aunt Fran and my three cousins in the Clearwater area.  They were most gracious hosts...and it was so good to meet the cousins who lived in this far away place. 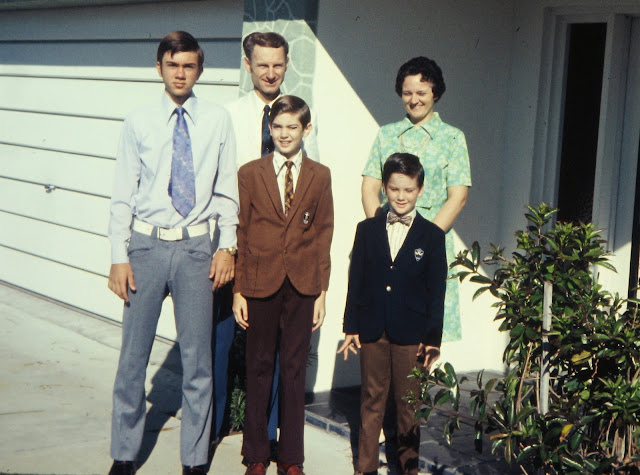 It was the one and only time I ever met Philip (centre front).  Later that year...he passed away quite suddenly after a short battle with Leukemia.  He was twelve years old.  What a blow that was to his family...and what it privilege it was to have met him.

Though most of our road trip looked quite different than the one in 1973...we again passed through the Clearwater area.  Did I mention toll highways and bridges galore? 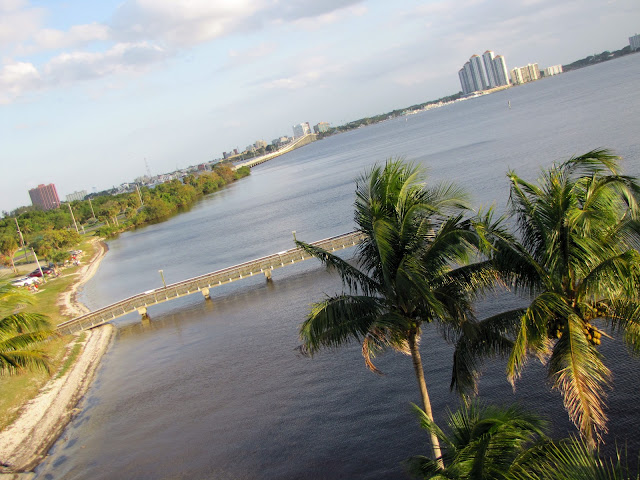 We met my uncle and aunt for lunch...along with Cousin John.  And after lunch, we drove out to see where Uncle Neil and Aunt Fran now lived. 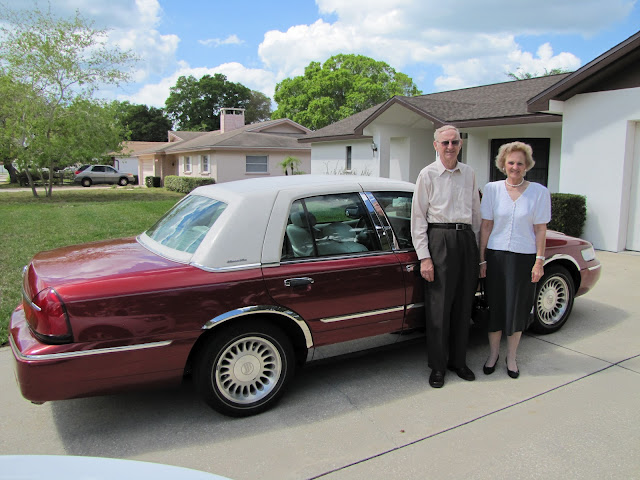 Their lovely new home is right next door to where they lived last time we were there.  They have switched up their car since then as well.

I laughed when I saw the photo of hubby in an orange grove in 1973.  We had to stop beside the road while he checked out citrus farming way back then. 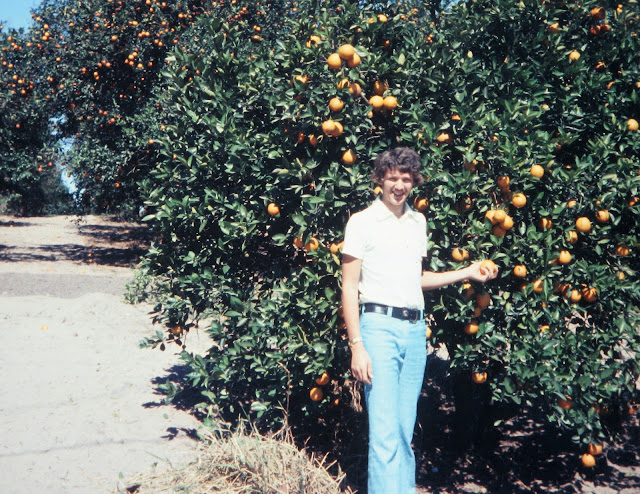 Some things never change.  This time we stopped by a papaya farm...a tomato farm...and a field where corn was being harvested.  A farmer is still a farmer...even on vacation!

It was likely our last road trip through Florida.  I can say with confidence that we won't be going again in four decades time!  Our good memories will have to do.