tales from the trail...

If we left home to find sunshine and warm temperatures......it would appear from this photo that we failed in that department. 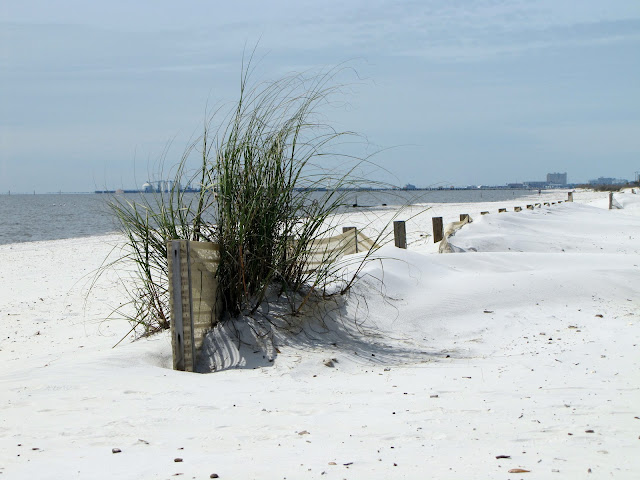 Does it not look like we vacationed in a place where the snow was piled high along the snow fence?  I had no idea the sand on the Gulf Coast beaches was snow white.  It was quite lovely, actually!
It is good to be home once again...after our whirlwind road trip.  I'm not sure when I'll get around to 'unpacking' all the photos and telling you about our travels. 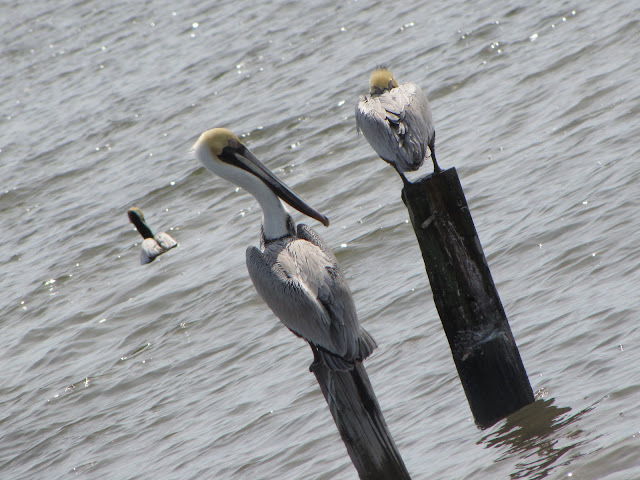 But for now...sit up on that perch next to me for a few minutes and I'll fill you on on a few of the unplanned adventures that came our way.
Let's start in Louisiana...way back at the beginning of our road trip.  We visited a wonderful place along the Gulf Coast called Avery Island...and took a walk-about in the park.  We heeded all the signs warning us to be cautious of the alligators.  What they never warned us about were the mosquitoes.  We were almost eaten alive!
We spent one night in Baton Rouge...a most memorable one...at our usual hotel chain.   No sooner were we asleep...then I awoke to hear a key in our door and someone entering.  I poked hubby...who awoke with a start and yelled out in a very loud voice.  The intruder said 'sorry' and quickly exited.  From that night on we ALWAYS remembered to fasten the safety chain on our hotel room door.  We mentioned our intruder at the front desk in the morning.  The girl knew all about it and apologized profusely.  It seems the gal who had checked us in forgot to enter our room number in the system.  The hotel security system had showed that someone had entered our room...and so the night watchman came to investigate at 12:15am.  Oh well!
We spent a delightful day driving along the Mississippi River and checking out the old plantation homes.  At one point along the way, we parked in a country church parking lot and and walked back along the roadway to take a few photos.  The photos were of a herd of cattle...and some crawfish holes (rather like the mounds made by moles in our part of the world).  Suddenly a security vehicle pulled onto the road allowance behind us...and suggested we move along.  No photo taking...and no stopping in front of property owned by the big oil companies.  They are very vigilant in keeping terrorists away from their premises (and tourists too)!  Oh...and he allowed me to keep my camera and the photos I had taken.
We arrived in New Orleans with plans to check into a lovely hotel...where we had reservations for several nights...we thought.  For some reason...they had no record of our reservation or the confirmation number I gave them.  It seems head office had never passed along our info...and there was no room waiting for us.  I was able to go on-line and print off the reservation confirmation sheet I had been e-mailed as proof that I really had reserved a room...we were given a lovely studio suite.   We slept well that first night...but not so well the next.  At 12:04AM we were awakened by a siren that would rouse the dead...followed by a very loud announcement that there was an emergency in the hotel.  We were to vacate the building immediately by means of emergency stairs...and not use the elevator.  We quickly pulled on our clothes...grabbed those all important passports...and made for the nearest set of stairs.  Once in the lobby it seemed like all was 'business as usual'...and so we asked at the desk.  We were told that the night staff had polished the brass railings and the chemicals set off the alarms on our floor.  No worries...we could return to our rooms.  About that time the fire trucks were arriving...so I went back to our room to get my camera...thinking I would document our adventure. When I came back down with my camera...hotel staff stood at the bottom of the stairs and herded us to the pool deck (far away from the fire trucks and the action). Though I already knew there was no emergency...it seemed much of the staff did not know why the alarms had sounded...and so they kept us away from the building.  We sat about on chaise lounges and chatted with pyjama clad guests from all over the world in the middle of the night.   Eventually, the crisis passed...the fire trucks left without being photographed...and we were allowed to return to the beds from whence we had come.  It was awhile before we went back to sleep, though!
On our second day in New Orleans, hubby's credit card no longer worked.  Strange! So we used mine...without any problems.  Suddenly, it occurred to me that I should maybe call the credit card company to see if they had shut his card down for some legitimate reason.  Aha! They thought certainly his card had been compromised...since it had been used in Vancouver, Houston, Baton Rouge, and New Orleans within a matter of days.  And so they cancelled it.  And if we had not called...mine would have been cancelled as well.  We would have had a little trouble paying our way!  This was a good reminder to me once again to notify the credit card company before we leave on our travels.  I had forgotten to do that this time!
Those are just a few of the things that did not go as planned.  Things that we can laugh about now. 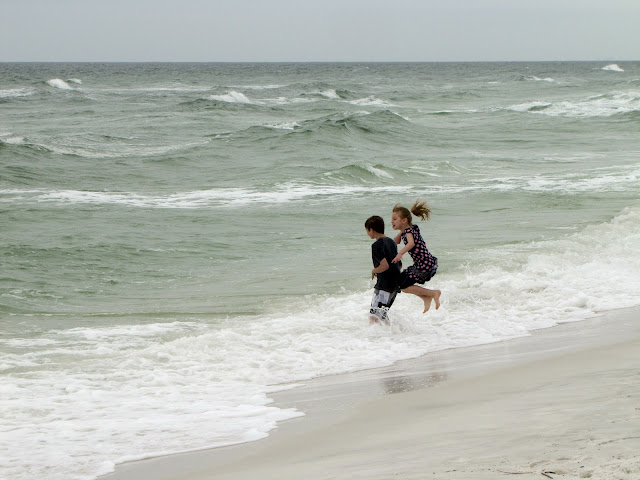 Our travels along the Gulf Coast were most memorable...and I'll be taking you back to many of the places we visited over the next few weeks.

Email ThisBlogThis!Share to TwitterShare to FacebookShare to Pinterest
Labels: travels