Since we are flying over the Rockies this weekend...I was reminded that I had not yet posted my photos from our road trip through the mountains of Alberta and British Columbia a few weeks ago. 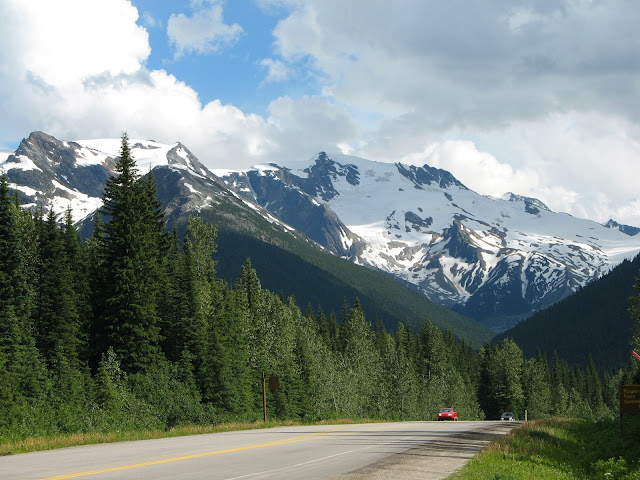 Join me on the Yellowhead Highway.

We travelled west through Alberta, and somewhere along the way we found ourselves behind a John Deere combine... 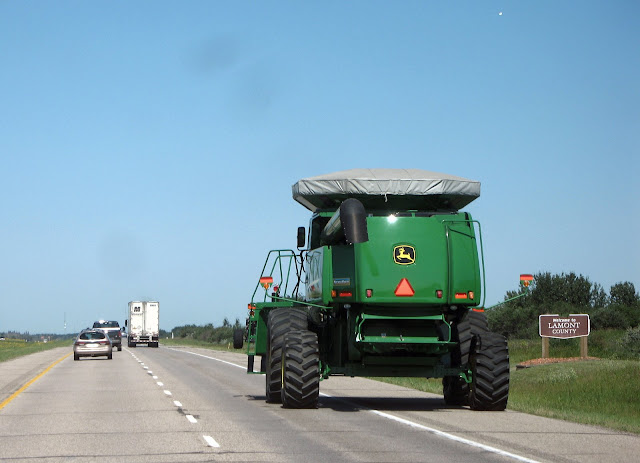 ...that can only happen here!

The sky was also most interesting as we passed through Alberta... 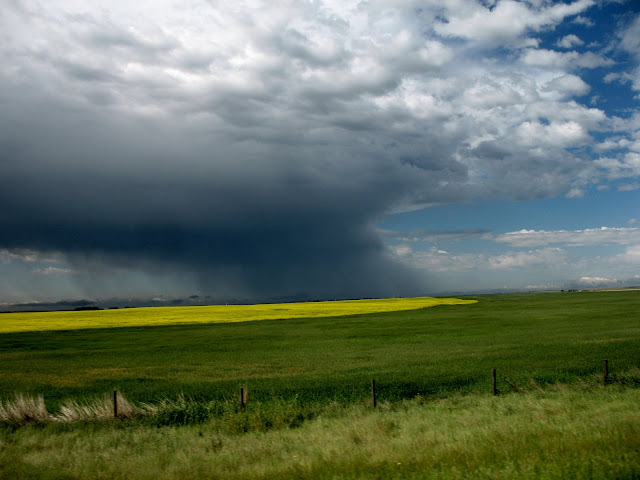 ...and we learned later that a tornado had touched down a short distance from where we spent the night. 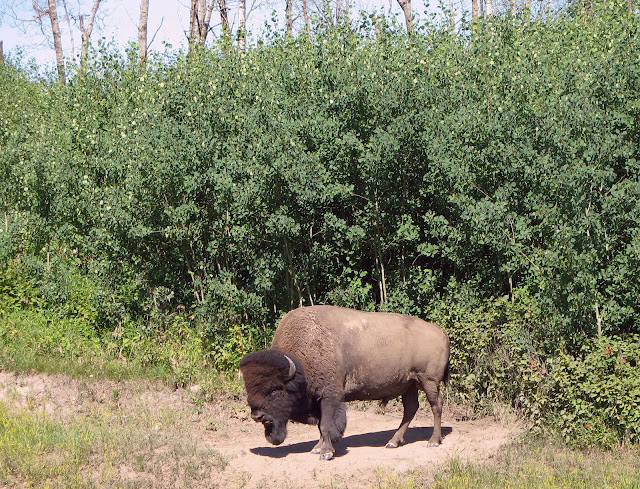 Near Jasper, we came across a buffalo beside the road...this was not a game farm, just the true north strong and free.

We stopped for awhile and watched the mountain sheep on the cliffs next to the highway... 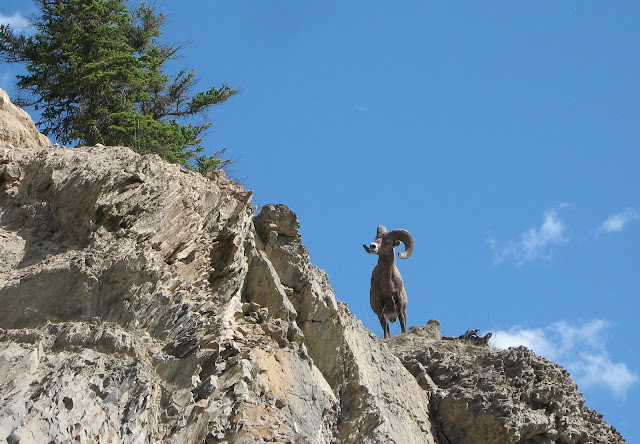 ...as they clamoured about with ease 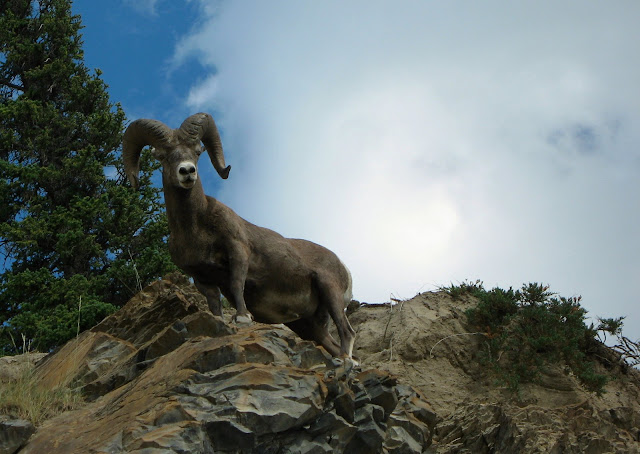 ...and posed for the crowds that had gathered roadside below. 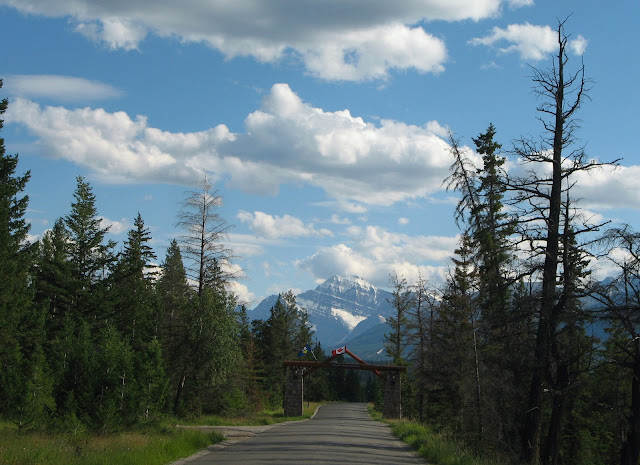 We took a small detour to the Jasper Fairmont Lodge... 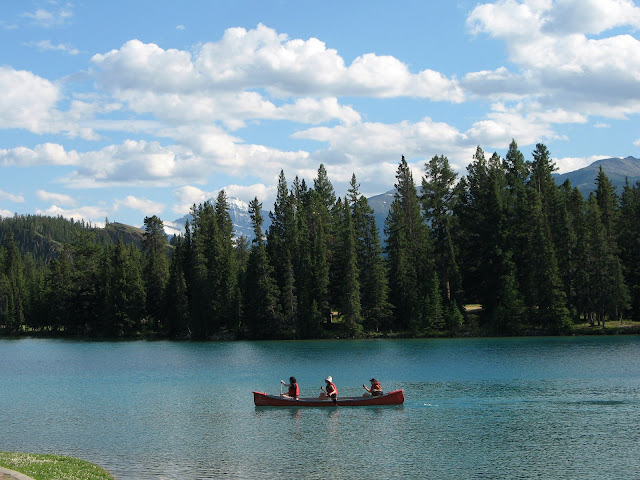 ...which sits on the shores of this serene lake....a most beautiful spot.

Once back on the road again...we viewed more wildlife than we could have imagined. 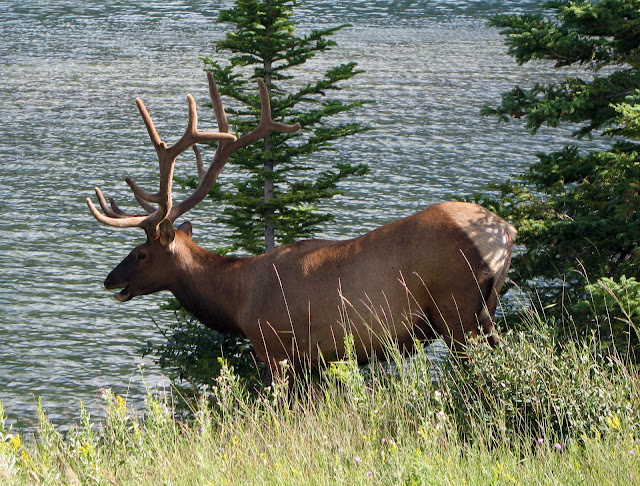 First we watched this elk as he chewed on grasses beside the lake (Notice...I said "he". My brother pointed out that I had mistakenly identified a female deer as a "he" on a previous post, and he thought his sister should know the difference between a buck and a doe!) 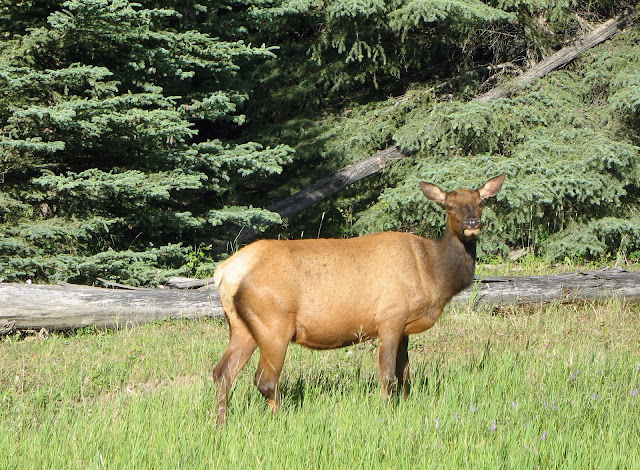 Just outside of Jasper, we watched a whole herd of elk grazing beside the road...mostly females and young ones...some slept in the grass and none were too concerned with the photographers that were right in their face. 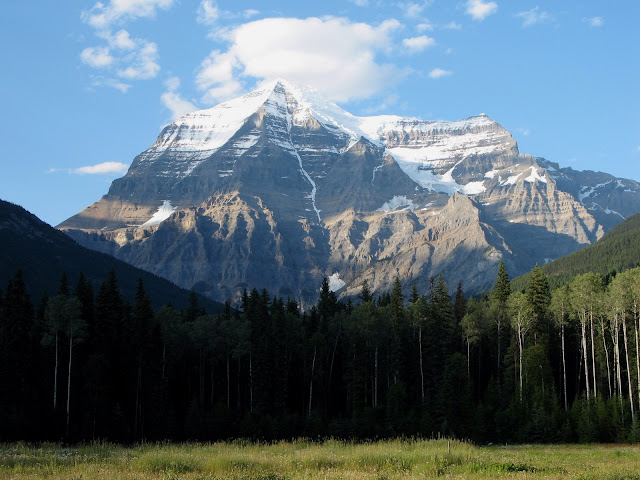 From a view point we checked out Mt. Robson and other famous peaks in the British Columbia Rockies...we also stopped to get a better look at the newly named Terry Fox peak (which has a popular hiking trail to the top). 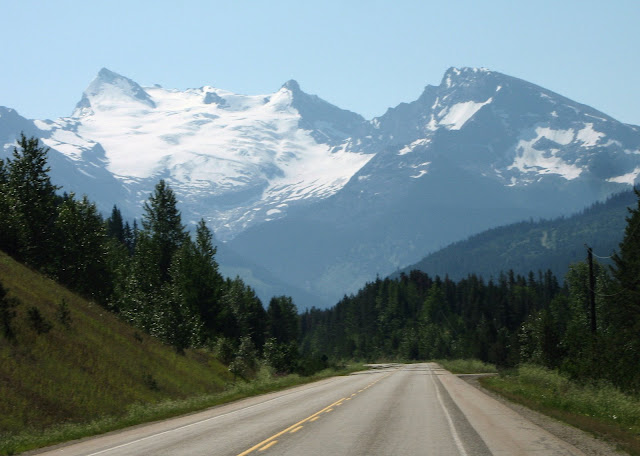 We spent our last night of our trip near Clearwater, B.C...with glaciers surrounding us. 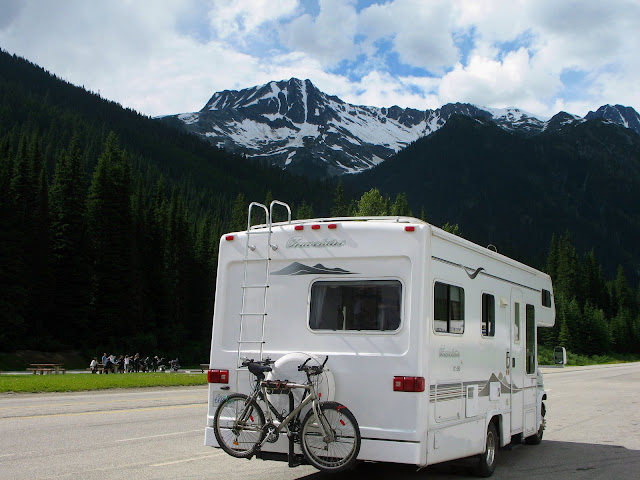 And that brings us to the end of our recent road trip, which took us to Manitoba and back. Those bikes that are firmly attached to the back of the motorhome, stayed firmly attached for the entire trip...maybe next time we'll make use of them.

I'm checking out of blogland for the weekend...I'm away for a big celebration. I'll tell you all about it upon my return.