Vancouver is definitely to be envied...it has won a much coveted spot on the new Monopoly-Here and Now-World Edition.

Vancouver, Toronto and Montreal will all be included in Hasbro's international version of their famous board game. 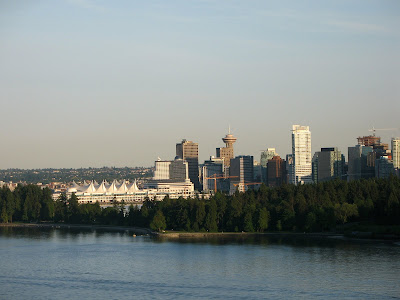 You may or may not recall that on February 16th I encouraged you all to cast your vote for my favorite city (Vancouver, of course)...and now I just want to thank you for all coming through for me. The cities that made it onto the board...and their positions...are a result of the votes cast by 5 million Monopoly fans. Montreal will be occupying the most expensive position (known as Boardwalk on the old version)...and let's just say that Vancouver is a step-up from Toronto. We like it like that! The game goes on sale in September. So thanks for helping put Vancouver on the board. 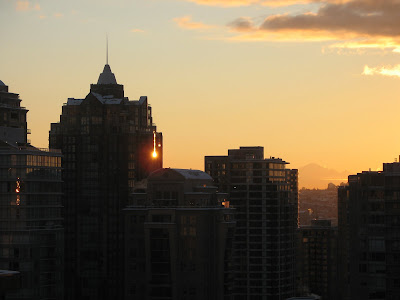 And also in the 'here and now'...the most expensive movie ever to be shot in Canada is being made here in our province right now. It is called Farewell Atlantis, and is based on a Mayan legend that the world will undergo a catastrophe in 2012 and come to an end. We met with a friend last night who is working on the movie...he builds models used in the shoots. He has been out to lunch with Danny Glover and John Cusack, who will be starring in the movie. Filming is set to begin shortly...look for the movie in theatres next summer.
Today looks like a good day to cook soup and bake bread! What happened to our summer? We have two little girls next door who are waiting to go camping with grammy and grandpa before school starts...and we're waiting for a few nice days.
Have a nice day...I'm off to cook soup!

Email ThisBlogThis!Share to TwitterShare to FacebookShare to Pinterest
Labels: entertainment, minutia of life