For ten years, the Canadian Pacific Holiday train has passed through a community near you...and you may not have even known about it! Friends told us what a neat thing CP had going...so we circled December 19 on the calendar and decided to see for ourselves this year. What we didn't know was that it would be unbearably cold on that date...but we went through with our plans nonetheless! 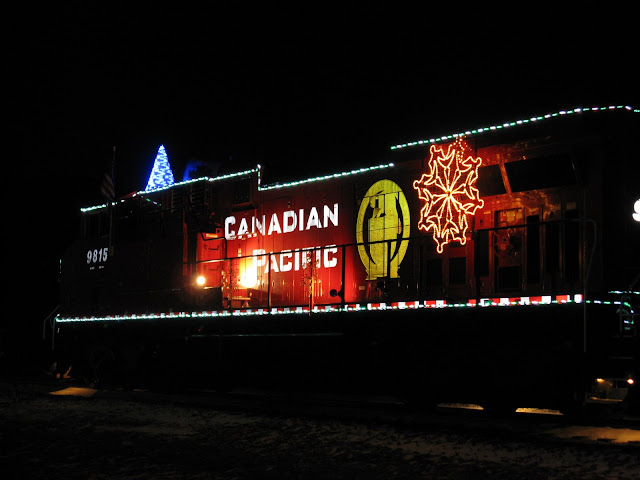 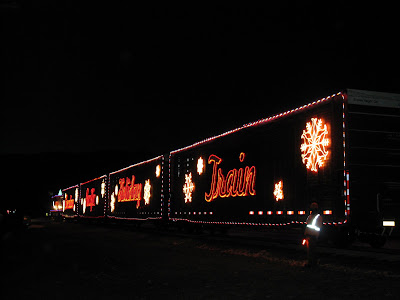 We arrived at the railroad tracks in Agassiz, just before the train pulled into the station... it is quite a spectacular sight as it travels through countryside in the dark of night. The brightly lit engine and cars have been decorated by CP volunteers ...and the purpose of the train is to encourage the spirit of giving, as volunteers collect contributions of food and money to benefit local food pantries. 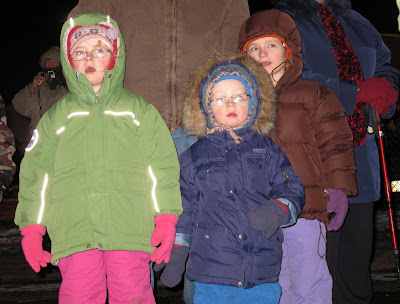 The three spectators we had with us were quite taken by it all! We weren't the only ones that braved the cold...a large crowd was gathered...waiting for something special to happen. 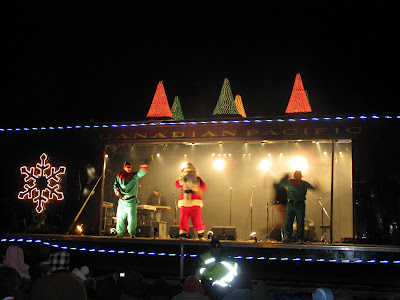 Suddenly the 'stage coach' opened...and Santa Claus and his band appeared on stage. Ryder was quite impressed...he had no idea Santa sang 'rock 'n roll'!

Santa's performance was followed by a half hour show featuring several of Canada's top country performers...and it was all good...except for the cold! 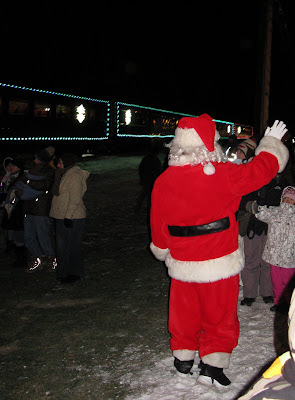 Santa came over and chatted...and before the train departed for the next station, we were off in search of our car...and a little warmth...and the grands thought there might be a nice place to have a bite to eat nearby.

The CP Holiday Train 2008 has completed it's mission...but if you get a chance to see it next year...it's worth the effort!

On Saturday night we went with friends to see Handel's Messiah being performed...what a wonderful evening it was! From the frigid temperatures and the blowing snow...to the festivities we had a chance to be part of this weekend...it truly felt like Christmas.