through the eyes of children...

For it is good to be children sometimes, and never better than at Christmas, when its mighty Founder was a child himself.
~ Charles Dickens 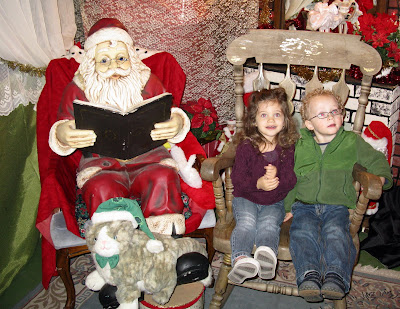 We have been taking our grandchildren to 'Dickens Christmas Village' for the past few years. It is an old-fashioned place that transports us back to another era...a rather proper British establishment that serves high tea and draws tour groups from the big city (mostly the blue-haired crowd). But every year year in December they open their animated Christmas village and welcome tots as well as seniors! Yesterday we took Ryder and Ranen for the second time.

The real Santa was not able to be there yesterday...but they were quite thrilled with his substitute. 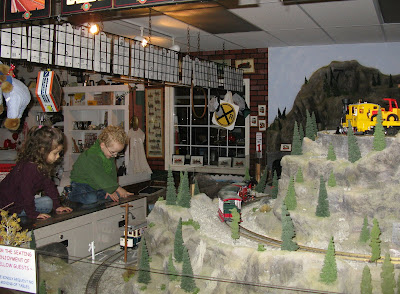 Ryder could have spent most of the time just watching the trains going around the tracks... 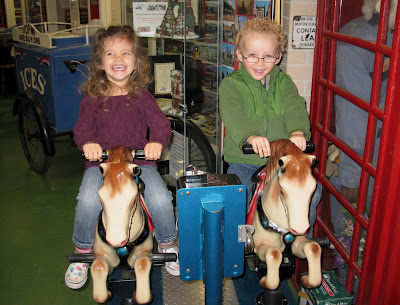 ...while Ranen talked Grandpa into feeding more quarters into the 'horsies'. I think those same horses rode on nickels 'back in the day'! 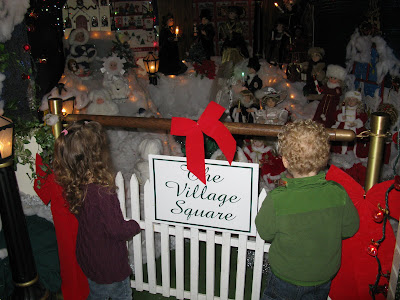 Once they had seen enough of this Christmas wonderland, we decided to go for lunch. We didn't think the 'high tea crowd' would be too impressed with our company...so we moved down the street to Uncle Donald's (as Ranen calls it). 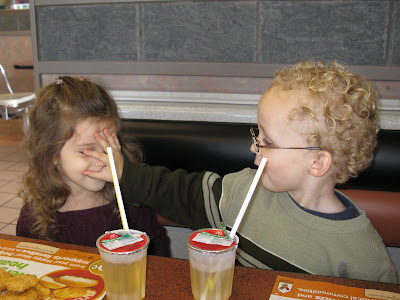 If you happened to be there...I apologize for the noise that came from our corner. How two small people can have such loud voices is a mystery! Ryder decided his cousin was even too loud for him at one point...and thought he might just shut her mouth for a bit. What fun!

Ranen's vacation at Grammy's house is coming to an end sometime today. She has been most well-behaved! 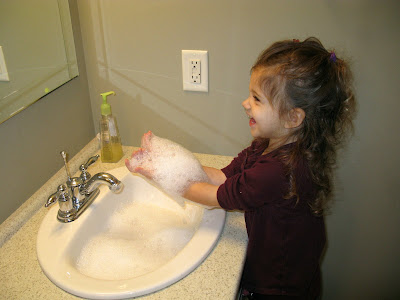 And she will be leaving here a squeaky clean girl...between several bubblebaths and lots of time spent playing with bubbles in the sink, I can vouch for that!

How special to have grandkids in our lives...to help us see things from a totally different perspective.