on this day in history...

For most people, December 23rd is not a memorable day...and it usually gets lost in the festivities surrounding Christmas. But to me, that date brings special memories. I was one of five sisters...until December 23, 1965...when a brother arrived on the scene. I remember the day well...we helped mom bake Christmas cookies...and bustled about getting ready for Christmas. Winter came early that year...and my brother arrived ahead of schedule as well! We hadn't asked for a brother...but God knew we needed one. 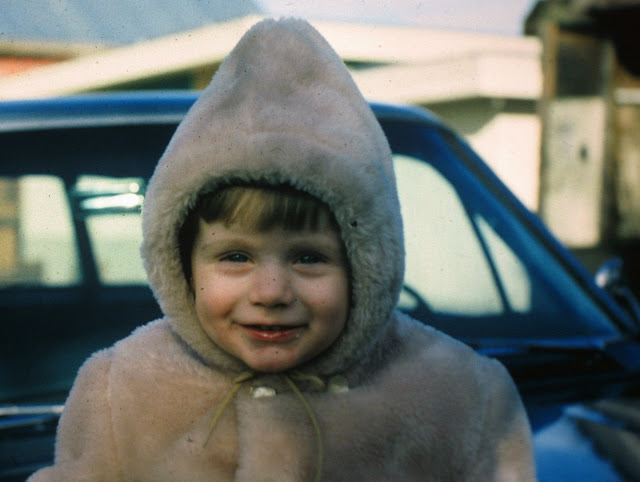 We had a lot of fun with our own little Prince William...and spoiled him thoroughly. 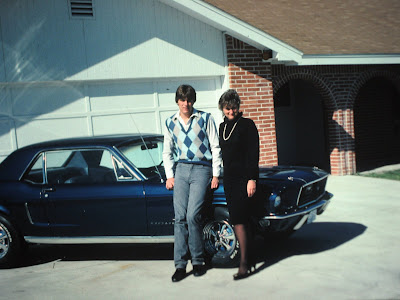 In 1983 he chose to spend his birthday (and Christmas) in south Texas with his oldest sister...rather than coming home to Canada. Several years later, he moved to Iowa...so we've missed out on the birthday celebrations since that time. Some things have not changed over the years...he still has the same Mustang...and I'm wondering if he still wears the argyle sweater (it would be right in style this season). Sorry we can't join you for a piece of cake, Bill...but the card is in the mail! We wish you a very happy birthday...and look forward to seeing you in the new year. And in my husband's family, he was the youngest child...a son in a family of girls. He was the one who was quite spoiled by his older sisters...and one of those sisters also celebrated her birthday on December 23rd. 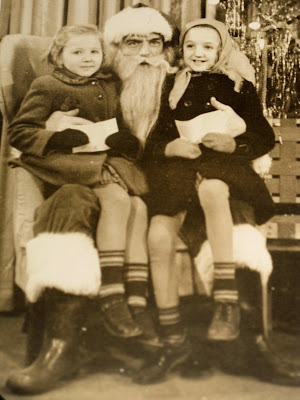 Pictured above with 'der Weihnachtsmann' are my dear sister-in-laws...Martha on the left, and Anne on the right. Anne's birthday had a way of being lost in the Christmas festivities...but I well remember a trip to Kelowna about 10 years ago to help her ring in a big one. Now we are left with only memories...since she passed away quite unexpectedly nearly five years ago. Her bubbly personality, her eternal optimism, her generosity, her love for children and her unwavering faith will always be remembered.

Also on this day...December 23rd, 2000...we laid to rest my mother-in-law. She was a treasure...a wonderful mother and grandmother to our family...and a great example of how to live life.

December 23rd...a date to be remembered!