it was all good!

I went back to school last night...to attend a most excellent Christmas concert! What a great job they did...from kindergarten through to the sixth grade. They all sang their hearts out...and were so enthusiastic. And here's the thing...our elementary school out here in the country hasn't joined the movement to keep Christmas out of this 'holiday' season. I heard the message of Christmas many times...and in the end the entire school joined together to sing of the hope and peace that we have through the Christ of Christmas. 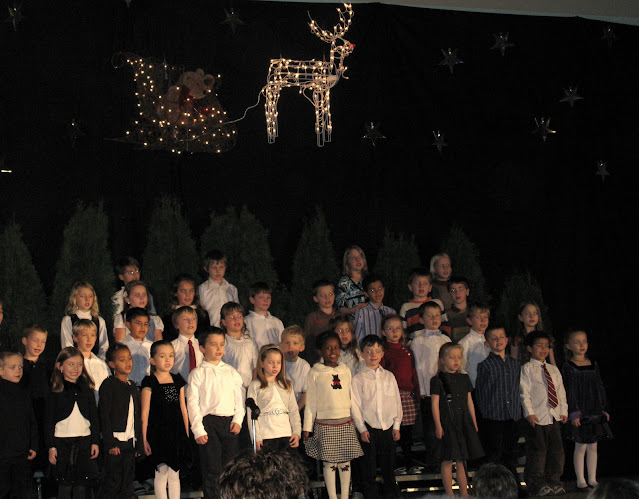 Emme and Spencer...who are in grade two this year...did Grammy proud! Their class sang several songs...many verses...all by memory. (Emme is the far right of the front row...Spencer a row back, in red.) After the concert, they took me to their classroom and showed me their desks. How the years fly by! It seems such a short time ago that I was the student in the second grade...and I was performing in a Christmas concert...in this very same school!
And I couldn't resist pulling out an old picture of Jeremy at his grade two Christmas concert. 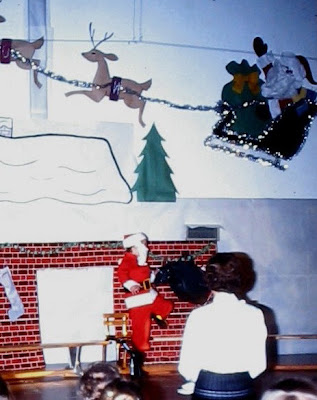 It looks like he was rather enjoying his role as Santa that year! And...in what seems like the blink of an eye...he is enjoying his role as dad at this year's Christmas concert.
Tickets were at a premium last night...and I'm so glad they spared one for Grammy. It was all good!
Tonight I'm off to a Christmas dessert/theatre production...with two of my 'big kids' on stage. I'm sure it will be wonderful!